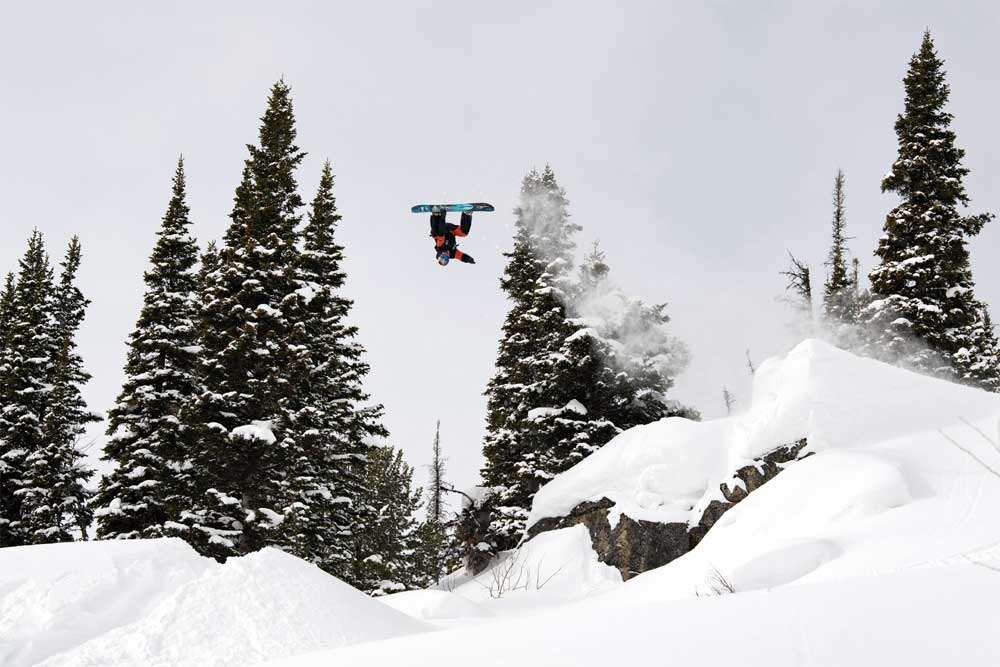 Travis Rice (above) launched his Natural Selection Tour at the snowboarding freeride mecca Jackson Hole Mountain Resort in Wyoming with the men's freestylers and women's backcountry riders impressing on the stunning natural terrain...

Mother Nature absolutely provided for the final day of the YETI Natural Selection at Jackson Hole with over four feet of snow falling ahead of the finals. At the end of a huge day of competition, Mark McMorris (CAN) and Zoi Sadowski-Synnott (NZL) took the lead, with both riders pushing the boundaries of big mountain, freestyle riding. Fans followed the action exclusively on the Red Bull TV live broadcast with social media participation going through the roof, as people worldwide weighed in on their favourites in the head-to-head format.

The manifestation of pro snowboarder Travis Rice’s wildest dreams, finals in this completely new big mountain, freestyle format featured tthe top eight men and four women riders. Coming from diverse snowboarding backgrounds—ranging from Olympic slopestyle competitors, to halfpipe specialists, to dedicated big mountain freeriders—the venue challenged the foundation of all of their skills. The riders unleashed across 16 acres of big mountain terrain, complete with over 50 natural jumps and enhanced natural features. The stakes couldn’t have been higher, as the unforgiving head-to-head format rewarded risk, flow, creativity, tricks and control, with judges considering each riders’ overall run from top to bottom.