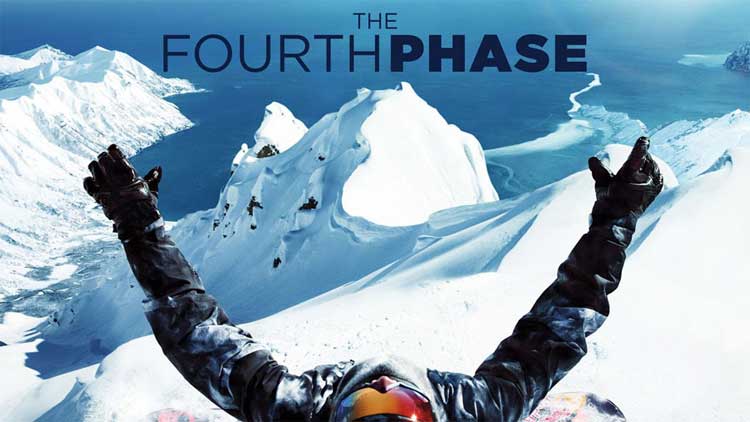 It's the new snowboarding film that the industry's been talking about for weeks, fighting for the privilege of going to the Red Bull premiere of The Fourth Phase. Not only did we get tickets, but also the opportunity to meet the main man, Travis Rice, who is as cool as the frozen water beneath his snowboard.

As  the daylight hours seem to be getting shorter, there’s a little excitement that comes with this time of year. WINTER IS COMING! And what better way to get excited than to have the biggest snowboard film of this season thrown at us to kick it all off?

Obviously the buzz around The Fourth Phase is massive, and why wouldn’t it be? The Art of Flight was, and still is one of the biggest, boundary pushing and best films we snow enthusiasts have ever seen. So the question on everyone’s mind is, five years on, does Travis Rice’s latest picture kick the Art of Flight’s ass?

Having been inspired by the hydrological cycle and impact it has from the sea to the mountains, Travis wanted to be a part of this cycle. Most ski and snowboard movies have your pro riders chasing storms to get the perfect conditions and powder which is then projected to us with a lot of the same riding we have seen a lot of before. This is where Travis and his crew shake it up, following the flow of water.

Think of it as the most awesome documentary you have ever seen with riding that will just make you want to jump on the next flight out of here!

I was lucky enough to be at the London screening of The Fourth Phase and got to have a little chat with the main man himself. Sat in a nice quiet room with comfy sofas, away from the madness where every winter lover in the industry was out in force accompanied by a free bar, Travis sat with a bottle of water ready to take any question thrown at him.

I have to say, for a guy who is in the spotlight and is one of the faces of backcountry riding, he is super chilled and just an all round nice guy. I mean he did refer to his bottle of water as ‘fourth phase’.  This is what he told us about the concept for the film.

‘After the success of the Art of Flight, which we put a lot of effort and time into it, we were still surprised on how wide spread the film actually went and how many people outside of our genre, our world, our industry actually saw the film.

‘So, after finishing the last film and knowing that we wanted to do another film and we wanted to spend a sizeable amount of time on it but we knew that we didn’t want to make The Art Of Flight 2. For me, it dates back to 15 years before, the motivation of what would eventually become the theme of the film, which is primarily water and our interactions within it.

‘I was lucky enough to grow up under the influence of snowboarder Brian Noguchi and he has some beautiful ideas. I had a poem he had written quite a while ago that ends with "the process we follow, the cycle we ride" and that is something that resonated with me. 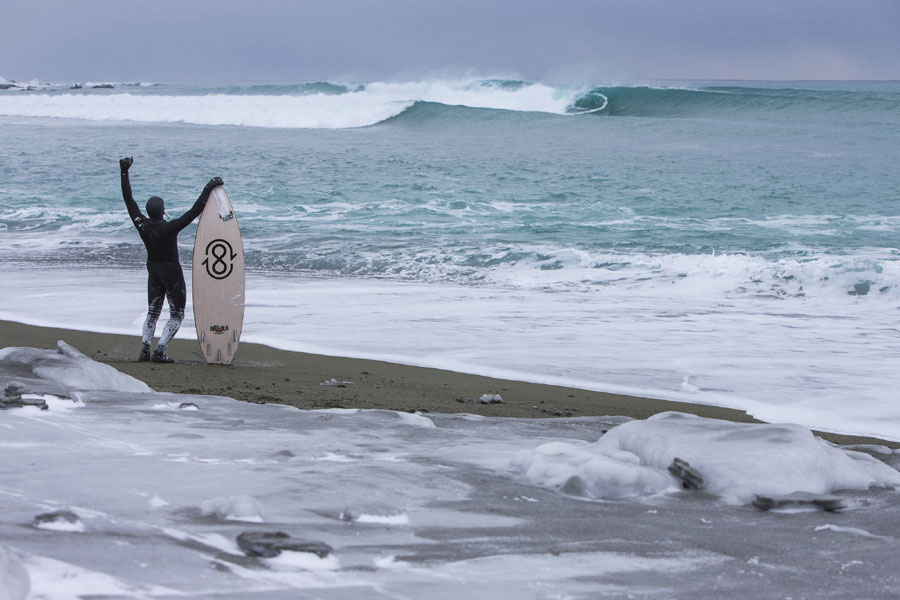 ‘Moving into our fourth film, it just so happens to be tongue in cheek and coincidental that it’s called The Fourth Phase and it’s our fourth film. We do feel like it’s been stepping stones and everything we have done has geared us up to making this film. We set off on this journey to take a more in depth look into the weather cycle and the path of water and how it relates to us, taking us around the North Pacific.’

Travis was also joined by Dr. Gerald Pollack who (made us laugh by saying he had never heard of Travis before he contacted him) is Founding Editor-in-Chief of the scientific journal, WATER and also published a book called the Fourth Phase of Water.

Something that clicked into place having remembered my father-in-law coming down the stairs one year saying he had just finished reading his interesting book on water and I thought he was just being crazy and here he is, the author of the book sat next to Travis Rice. Gerry was nice enough to give his permission for the guys to use the name of his book for the film.

'Part way through filming The Fourth Phase, I stumbled across the work of Gerry,' Travis explains. 'I found a paper and then you know how the internet works, you end up down a rabbit hole of information but I found myself really fascinated by the information he had put forth to the world. Something like this simple substance, we don’t tend to think too much about it, like holding a glass of water, we take it for granted and never really think that much about it.’ 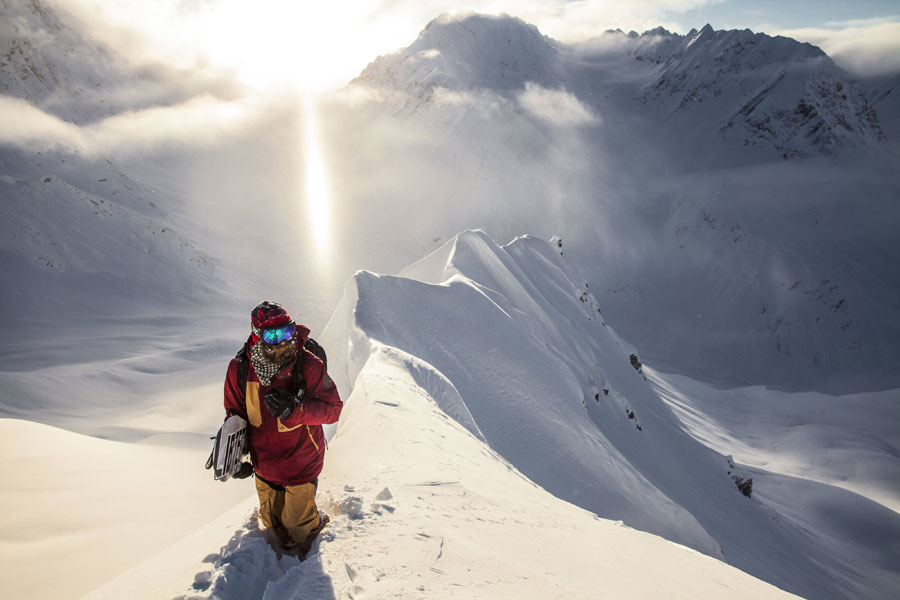 This is explored throughout the film and is the main reason the Fourth Phase is set apart from the Art of Flight and almost gives it the feeling that it is something completely brand new. A lot of the slow-mo shots from previous have gone but the picturesque scenery of long panned mountains and helicopter on helicopter sequences are still there. Not to mention the insane backcountry kickers and ‘hitting the tree for fun’ sections. But there was less planning and looking at charts than in any previous films.

Travis tells us, 'We followed a rhythm in this film. The pressure was still there from films crews, we are leaving in a week and this hasn’t been shot and this needs to be done. It ended up being one of the most difficult projects I have ever worked on; you can’t rely on the weather but at the same time we put so much faith in it. Everyone involved in the crew is an artist and they are constantly putting pressure on themselves to do what they do well as they all take pride in it. Missing a shot in snowboarding is, well, it’s heartbreaking and you don’t tend to get another go at it.’ 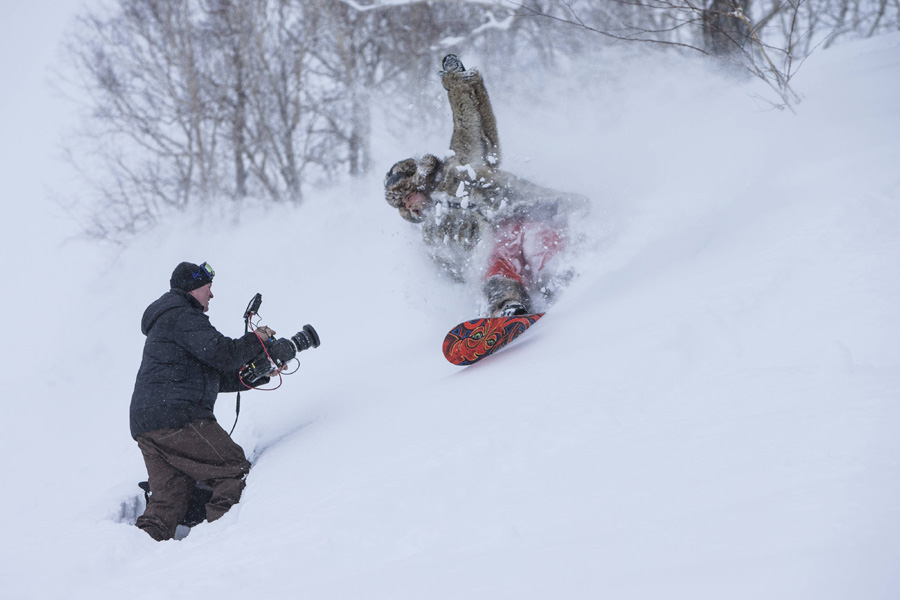 As the BFI on London’s South Bank cinema doors open, the excitement in the air is not something I can really put on paper. Fuelled by Red Bull cocktails, as the lights dim, the crowd let out a huge roar and unison ‘Yeewwwww’.

The opening section is something similar to its previous film with it’s perfectly placed voice over, but I told myself as it started I wasn’t going to compare it, I was going to see it as a totally separate film.

And that’s what it is! It’s NOT the Art Of Flight 2, this film appears to have more passion. It feels like Travis has somewhat taken an interest in the path of water while continually growing as an adult and is definitely a film worth watching more than once. If you asked me to choose which film I prefer, then I wouldn’t be able to say as it’s like asking someone if they like smoothies or milkshakes? They are two very different things!

You should watch it. Like I said to a friend on the way out of the premiere, ‘They’ve set the bar high this season’.

The Fourth Phase is available to buy NOW on Blu-ray and as a digital download.