Three Days in a row for the ski touring dogs 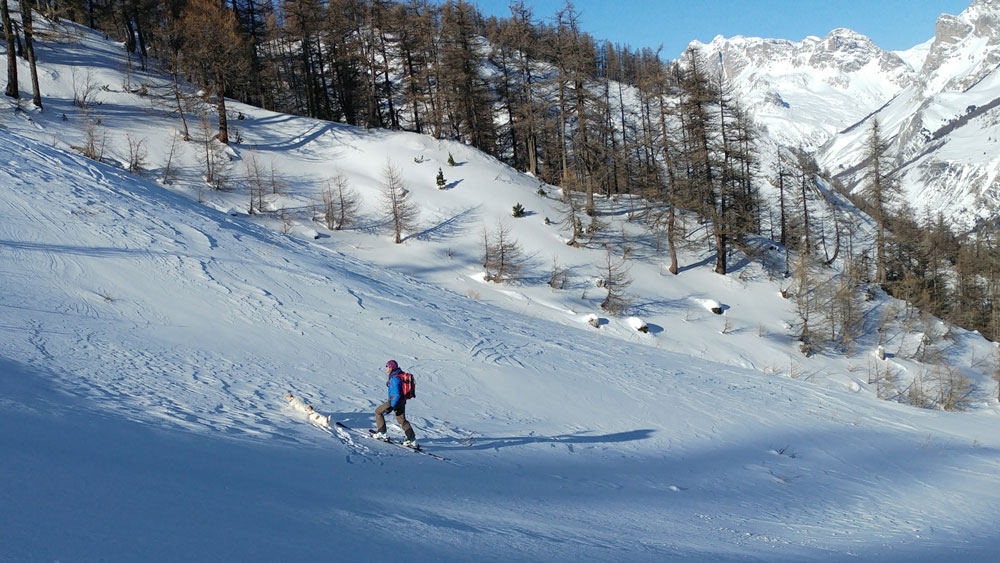 Climbing up towards the Bachas Chair Monetier

From a mixture of ski touring up prepared pistes through to 37 kick turns up a steep climb in the forest the ski touring dogs have clocked up over 2,300m of climbing and 23km encountering deep fresh powder

Dogs are having a well earned rest as I type this, and are probably relieved that the weather is rather drab today as I'm not even tempted to go out again!

We had strong winds over the weekend and by Monday they were still blowing hard, but we'd also had around 15-20cm of fresh snow.

I kept looking up the mountain and by lunchtime decided that it could be worth skinning up the Casse du Boeuf as it would be protected from the strong winds.

Climbing up past the Chazelet snow was very light and I could see three tracks down the Casse. By the time I had reached the junction of the Marteau snow was very good and I was joined by a couple of other people wih the same plan and this worked well for the dogs as they had a better skin track to follow in as by then the attraction of running all over the place in the deep soft snow had worn off.

At the top of the Casse du Boeuf chair it was indeed very pleasant with hardly any wind while on the other side of the valley you could see the snow being blown off the Grand Area and Gardiole, behind Beanie's head in the photo below. 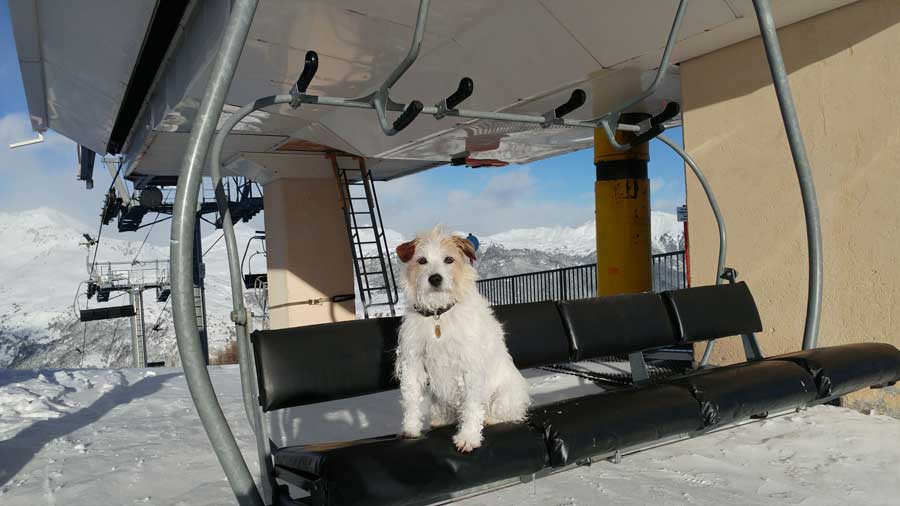 The ski down was really good and could let the skis run without any fear of going through to the base, again to the junction of the Marteau.

Next day we opted for more of the same but this time Monetier with me and the Rando Chiens joined by Elaine and Ken.

Climbing up the icy prepared pistes thought we'd maybe messed up and that all the pistes had been bashed and we'd be powderless, but we were hoping that what we call the "secret piste" would be as ever, un-pisted, and we were glad when we saw it was totally untracked.

However rather than waste energy we continued to climb up the prepared piste to the top of the Bachas chair and had another pleasant break at the top. 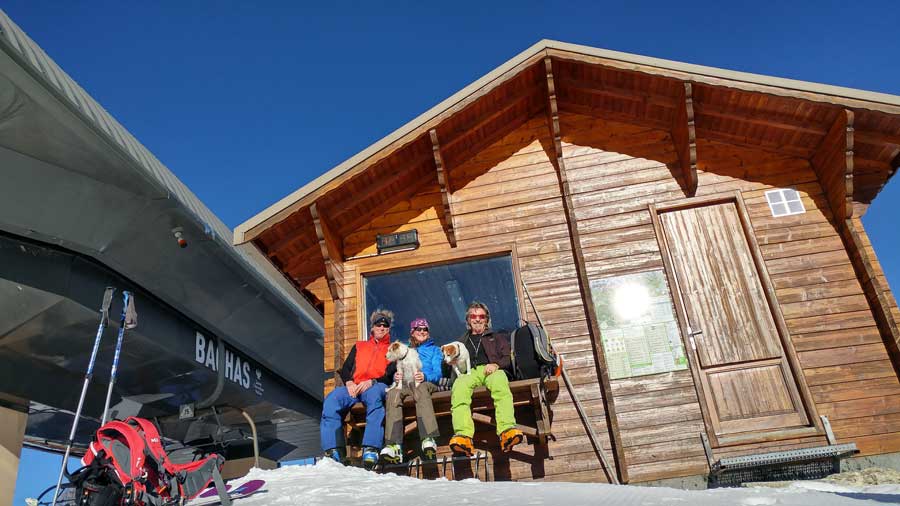 Skiing down towards the "secret" piste we did encounter a varied snow pack, very much affected by the recent winds.

However as we crossed the drag lift and arrived at the top of the piste it was a "Ding Dong" moment.

And being honest the piste below Peyra Juana was so hard and icy we all found it hard going with all our various aches and pains accentuated by the vibrations but sometimes you have to ski the shite after the good.

As ever after returning home, shortly afterwards attention turns to the following day looking at forecasts trying to assess what might be the best option.

It did look as if it would just be me and the dogs however over Social Media a photo came in of the wife of my good friend and Guide, Per, and this was enough to tempt Elaine back out as it looked stunning.

What the photo did not show was the very tough climb that was needed to ski that sector, somewhere above Le Casset is all I'm at liberty to say.

Thirty Seven kick turns later and some 660m of tough climbing through the forest we arrived at a transition point. 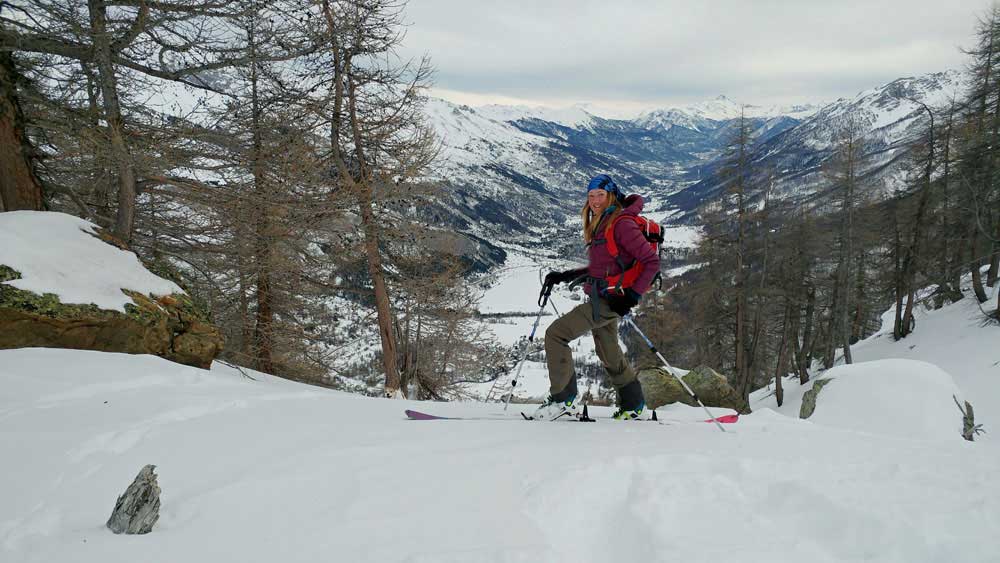 It was then a slightly nervous traverse to find a good line as this was new terrain to me, though I was confident there were no hidden rock faces.

And the video below pretty well encapsulates the descent.