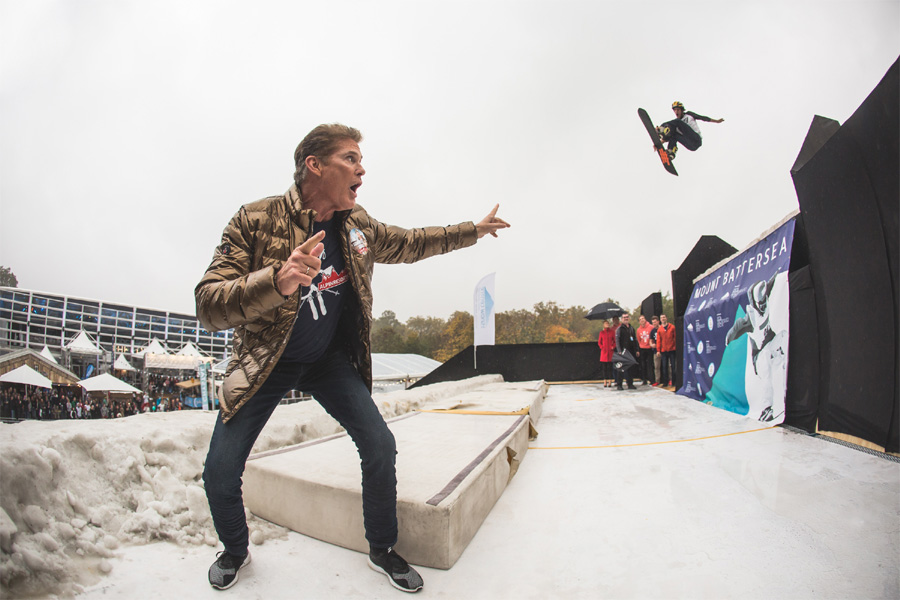 You can almost feel the chill breath of the White Walkers beyond The Wall with the swift approach of Winter 17-18 and the new ski season...

FIRST SIGNS OF THE SKI SEASON

The pinging of Instagram images tagging Style Altitude with snow dusting the Alps was the first sign. Then there was the opening day with typical grey drizzle of the Telegraph Ski and Snowboard Show where a giant St Bernard from Kent slobbered water from a bowl on the Swiss resort stand and, bizarrely, The Hoff was hovering at the top of Mount Battersea, the 50 ft snow kicker, in a gold lame puffa looking like a North Niche Buddha from the Peace Pagoda just a conker's throw away on the banks of The Thames.

Then the one and only Travis Rice came to town to hold a London premiere of his new snowboard epic, Depth Perception, preceded by a viewing so private that only 30 guests were invited which included our Snowboard Contributor, Mikie Kitaruth among the chosen ones...

You can almost feel the chill breath of the White Walkers beyond The Wall with what seems now to be the swift approach of winter. For the pro-athletes taking part in the Winter Olympics in PeyongChang next February, winter is coming fast and the countdown has already begun. 'There are 105 days to go.' Yep, Jamie Nicholls IS actually counting, although he'll be in South Korea sooner than most as next week he's carrying the official torch in the Winter Olympic flame relay.

The excitement and apprehension are in equal measure among the young athletes we talked to including 17 year old Madi Rowlands and her brother, Mike, Rowan Cheshire and Emily Sarsfield. For Jamie, Aimiee and Rowan it's a second chance for Olympic medals as they competed in Sochi in 2014. 'I was young and inexperienced at Sochi. I've learnt a lot since last time,' Aimee says, 'I'm in a much better place for the Olympics now.'

Meanwhile, Rowan landed on her head in Sochi and  was too concussed to compete further and Jamie had the inevitable pro-rider knee issues. Keeping injury free in an injury prone sport that has some athletes' mothers covering their eyes during their runs, is one of the key issues for competitors.

Will this be the winter that we move up the snow sports Olympic table anywhere near the top five nation positions in the world by 2030, as predicted by British Ski and Snowoard Performance Director, Dan Hunt? We certainly have the talent with James Woods, Katie Omerod, and Jamie Nicholls among the most consistant on the World competition podiums.

And then there's Millie Knight (below) probably the best bet of all to come home with medals from the Winter Paralympics in March with her Royal Navy guide Brett Wild. They have been sweeping the board, medal wise, with gold in the World Championships this year in Downhill and silvers in Slalom, Grand Slalom and Super Combi, and golds in the World Cup for all three disciplines. How does she manage speeds of over 80mph when she can hardly see Brett, her sighted partner in his luminous orange jacket less than three metres ahead? 'A lack of fear,' she tells me, 'And possibly a screw loose.'

If that isn't inspiring I don't know what is? 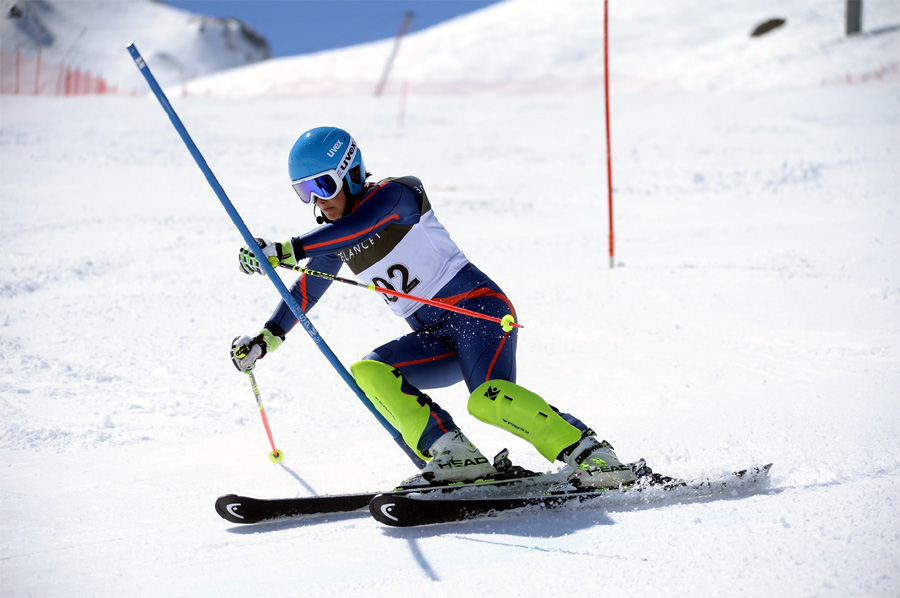 In the Ski and Snowboard Show main exhibiton hall the mountain resorts were calling. Literally. Resorts from across the globe were vying for the largest space and biggest crowds (the Japan stand had them spellbound with those Japow videos) and took over most of the hall, squashing the retailers, ski and snowboard lines plus those clothing and accessory indie brands into less than half the remaining space or outside in the puddles around the Mount Battersea kicker display.

But, hang on, I think there's a ski and snowboard brand tracking app somewhere that'll help you find them....