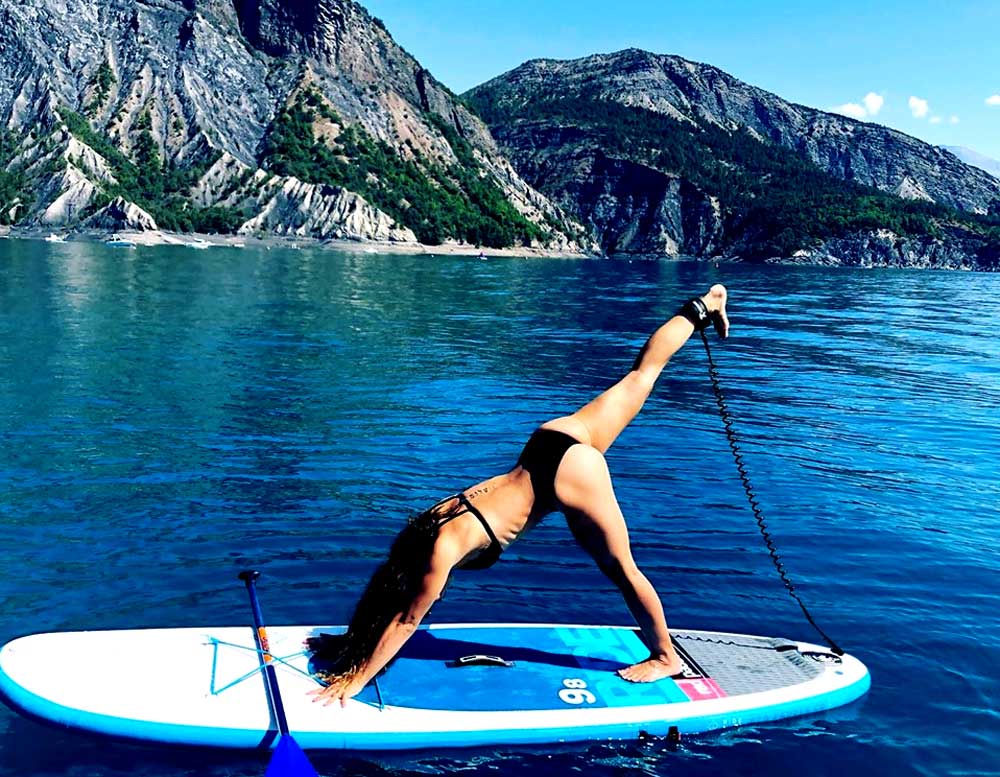 Among the many fitness opportunities in the mountains during summer such as cycling, trail running, climbing and kayaking there's SUP yoga on the lakes...

People ask, what's the best way to get fit for skiing? The best answer is to never be unfit.

The approach of an annual ski holiday shouldn't be the catalyst for going running and cycling and/or hitting the gym. OK so you can step up the squats a few weeks before but, other than upping the quads workout, you should be ski ready any time.

Here in the mountains in the summer, keeping fit is less of a chore. Just walking up a mountain is not only good exercise but also good for your soul. And there are so many more fitness opportunities including mountain biking, cycling up the cols, sky running, trail running, climbing, via ferrata, kayaking down the fast flowing rivers and SUP yoga on the mountain lakes. Yes, that's right, yoga on an SUP.

This week, thanks to the amazing event organising skills of Josy Davis at Chez Bear Lodge in Serre Chevalier, I was able to experience practising yoga on a stand up paddle board on the stunning lake of Serre Poncon.

How, you might ask, does a yoga class take place in the middle of a lake? It was the one element that concerned me before launching off from the pontoon. But Jerome of Serre Poncon Aloha had a cunning plan, running a rope between two buoys so we could 'anchor' via our board leashes and avoid drifting away during the class.

Second question? How does it feel balance-wise doing yoga on a SUP board? Mostly it felt pretty stable, although there was a bit of a splash during our class as one of the group toppled in. Jodi Hollie, our yoga instructor, main image, did an amazing job of adapting her routine to concentrate on poses that were less likely to end up with anyone in the water. Warrior and tree poses were definitely a challenge.

Our final savasana was pure zen. This is when we did drift away, metaphorically, while lying on the board in the middle of the lake, surrounded by mountains, the sun shining, being gently rocked by the breeze-riopled water. 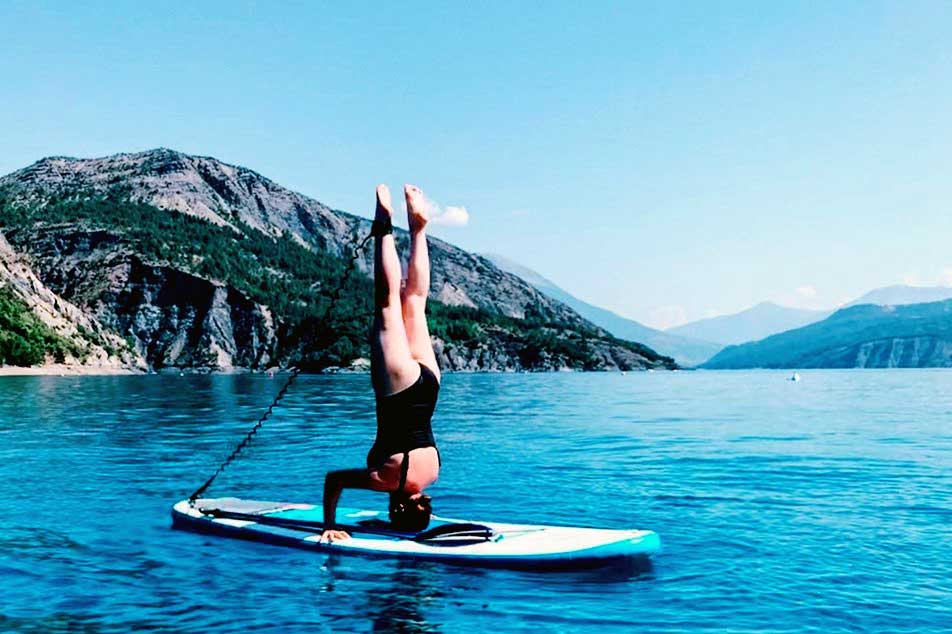 High five to Josy, above, for doing the most epic headstand on board. Or is that high ten?