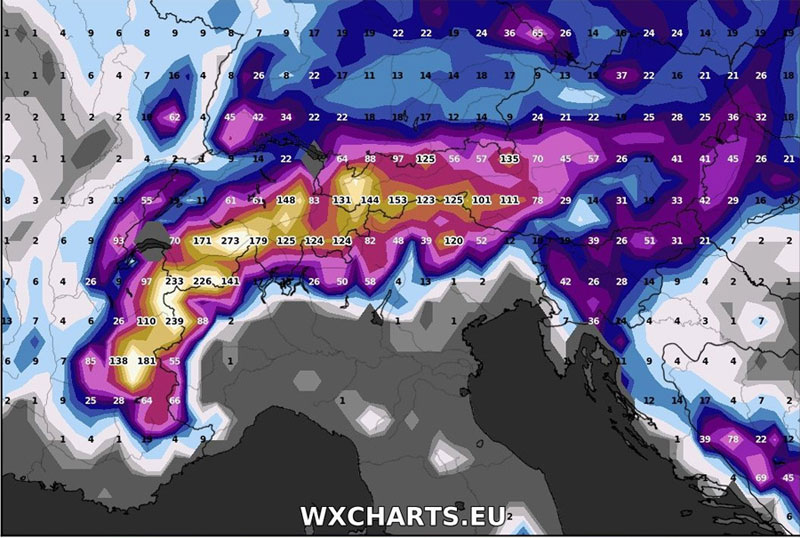 SHE'S BACK. LA NINA RETURNS FOR A TRIPLE DIP

The girl child, La Nina, is back, kicking up a petulant storm or two for winter 2022 - 2023. La Nina is now starting a triple dip, a third year of influence on global weather, which is a rare occurrence, fairly fascinating for meteorologists but only interesting for skiers and snowboarders if it means a shed load of snow...

Whenever there's a La Niña or El Niño around for winter, there's always a flurry of snow forecasters, ready to give the thumbs up or down for skiing. The effect of either is quite defined for North America but definitely debatable for Europe.

In brief, La Niña is a weather pattern created by cooler than normal ocean surface temperatures in the Eastern and Central Pacific Ocean, regions close to the equator off the west coast of South America, with strong winds pushing warm water towards Asia and cold water rising to the surface in the Pacific, often shoving the jet stream northward. The movement of so much heat across a quarter of the globe, and particularly in the form of temperature at the ocean surface, can have a significant effect on weather across the entire planet.

In some parts of the world, La Niña causes increased rainfall, so a boom time for umbrella sales in Australia. In other regions, it causes extreme dry conditions - and, also, increases the potential for hurricanes, so batten down the hatches time in Florida.

A typical La Niña winter in the U.S. brings cold and snow to the north-west and unusually dry conditions to most of the nation's southern tier, according to NOAA's Climate Prediction Center. The south-east and mid-Atlantic also tend to see warmer-than-average temperatures during a La Niña winter.

Drier? Warmer? Rainfall? None of the above are welcome news for skiers.

Fortunately, the La Niña effect can be great news for ski resorts in Northern America. During the 2010 strong La Niña episode, ski resorts across the north-west and western North America had a super-charged winter of snow.

The colder air is more easily accessible to the northern United States, which increases the snowfall potential if moisture is available.

The Severe Weather January 2023 snowfall forecast shows a strong pattern, with snowfall at the start of the ski season in December. But here's an anomaly in their snow prediction: "the lack of snowfall over the upper mid-west and the north-western United States is surprising in a La Nina winter".

This is, hopefully, as they say an anomaly rather than a sure-fire prediction for less snow in U.S. resorts that usually benefit from La Nina.

So let's check for confirmation among other weather forecasters. According to the Old Farmer's Almanac 2023 it's a tale of two winters in North America.

For most of the western half of the United States, the 2023 Old Farmer’s Almanac is predicting a coming winter they are calling, 'Wet & Mild, one with lots of (mostly) rain and temperatures that trend upward by as much as several degrees above normal. Winter temperatures will be milder than normal across eastern Maine, from the Rockies to the West Coast, and across Alaska and Hawaii".

Winter for much of the Midwest and along the East Coast is described as "Shivery & Snowy, the eastern half of the US should brace for potentially record-breaking cold to define the season. This frigid forecast extends to the Deep South and Texas, which could see the mercury diving as much as 8°F below normal".

ACROSS THE POND: SNOW FOR EUROPE

Well, much as we hate to rain on anyone's parade aka piste we have a less-than-favourable snow forecast for skiers and snowboarders heading to the Alps, this winter. In fact, look away now unless you are a complete sceptic and never believe long range snow forecasts.

According to Severe Weather, most of Europe is forecast to have less snowfall by mid-winter, apart from some smaller areas.

Above average temperatures are also expected in most of Europe as well as in eastern and southern eastern North America.

Severe Weather also checked out UKMO for their long range forecast, confirming a weak snowfall forecast in Europe identical to the ECMWF.

Actually, if we're using La Nino as an influencer for snow in Europe, then we only have to look back at the past two winters, both below average and both under the influence of the La Nino weather patterns. So it figures that this winter will be ditto.

This is not only bad news for skiers and snowboarders, this ski season, but also for the future. After the scorching hot summer of 2022, many glaciers are hanging by an icy thread. What the European mountains badly need is precipitation, even if it's rain on the lower slopes, then at least it'll be snow on the peaks and glaciers.

Of course, without precipitation the water reserves in ski resorts are, also, depleted, which, along with the rising costs of fuel, will make artificial snow making a no-go, even if it were cold enough for the snow cannons. This is a double whammy blow for ski resorts and skiers if there is a lack of actual snow at lower altitudes and reduced means to create snow artificially. 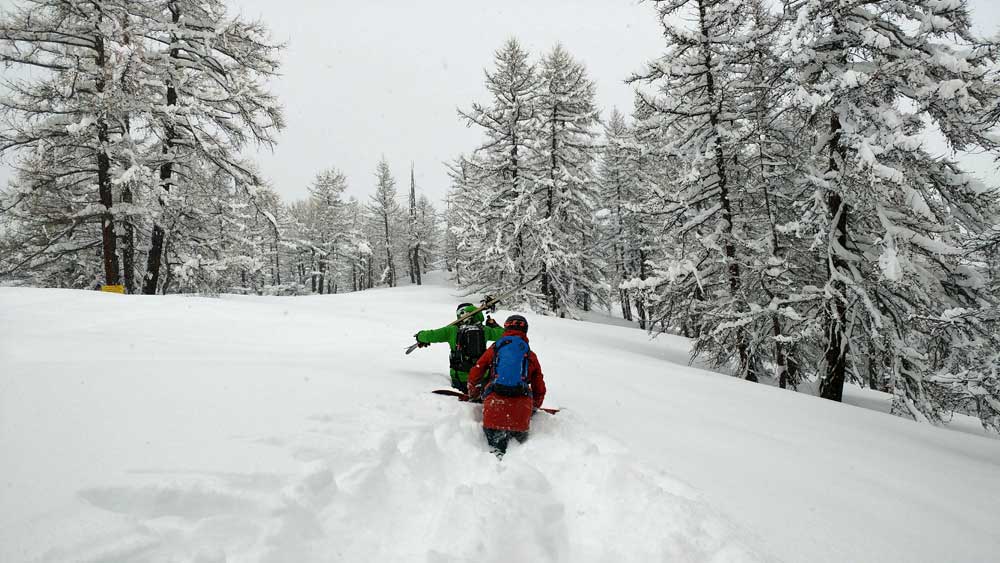 There is a saying among mountain guides in the Alps that epic snowfall winters occur every seven years. This would mean, that following 2018's impressive amounts of snow, specifically in early March with the powder feast from the East (image above taken on 1st March in Serre Chevalier), we have another two seasons to wait.

Significantly - or not - there was a weak-to-moderate La Niña that developed in the fall of 2017 but from the beginning in February, many of the atmospheric indicators of La Niña returned to an ENSO-neutral condition with a weak El Nino developing late 2018.

As we've said before in our snow forecasts, the effect of La Niña is far less predictable for European weather, with no guarantees of more or less snowfall. In fact, we've compared historical snowfalls with La Niña activity before and found that amounts of snow recorded bears little or no relationship (see graphs below).

And here is a table from ggweather showing the years that El Nino and La Nina featured whether weak, moderate, strong or very strong since 1952:

A scan of the figures comparing high snowfall with El Nino and La Nina activity reveals that very few years coincide. During the seven best years in the Northern Alps with over 150 days of more than one metre, 1963 had a mild El Nino, 1975 a strong La Nina, 1977 a weak El Nino and  in 1982 there was a very strong El Nino. For the three best snow years in the Southern Alps with more than 150 days of over 50cms, only 1977 was affected by a weak El Nino.