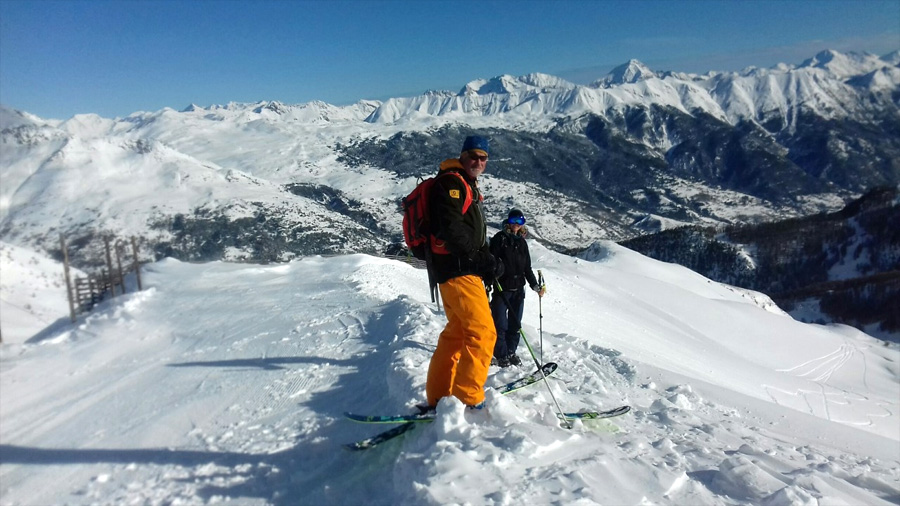 With around 10cms of fresh up the hill and empty lifts it's time to for more slackcountry powder. Yes, it's another hard day at the office skiing in Serre Chevalier...

ANOTHER HARD DAY AT THE OFFICE

It was another hard day at the office with Ken and the amazing La Grave freerider and action sports PR Josefine As (wife of legendary mountain guide Per As) attacking more slackcountry powder ie accessed via the lifts in Serre Che. And sometimes it seemed that we were the only people on the lifts!

In the morning it was up the Valons doing the off piste on the Cucumelle side down then up and off the ridge on the other side before hiking up to the old Balme chairlift and coming over the top.

The pow was not as perfect as Saturday after only around 10cms of fresh so harder on the legs... but now we're just getting picky.

Later first climb of the Cucumelle, this season, and a Vallon du Grand Pré descent which was in superb condition. 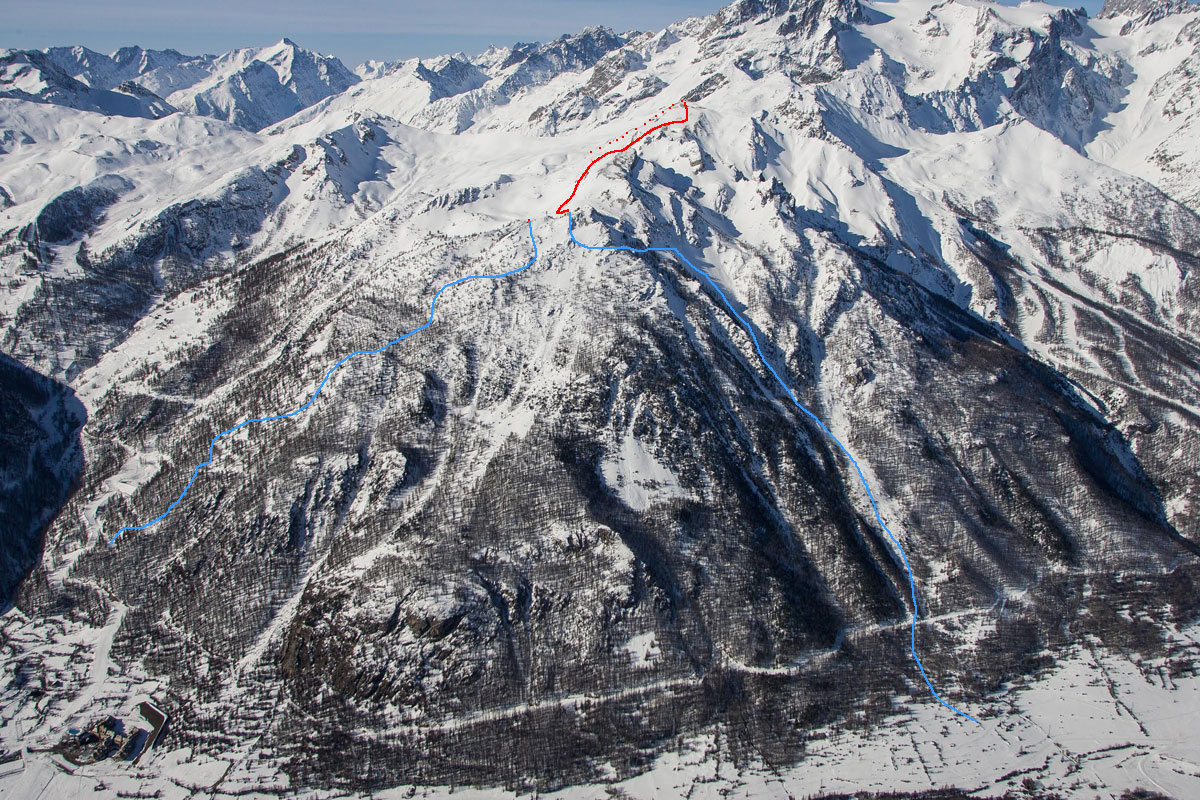