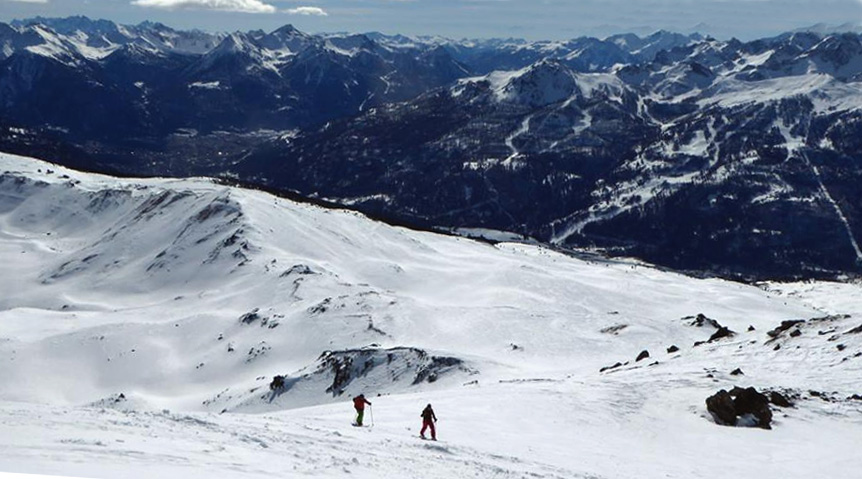 A POSITIVE BUZZ? OR BUZZ OFF?

With ski resorts potentially having to restrict lift and restaurant services, this winter, if not even cancel, there's a big buzz about going ski touring instead but is this really good news?...

When the resorts closed before the end of last season because of coronavirus, what did everyone do who wanted to get their ski turns in? Yep, they headed for the untracked hills. Unlike most European countries, the US lockdown did not include ski touring for a few weeks. The ski shops that were still open were inundated with would-be tourers buying or hiring equipment, the roads were rammed with cars parked near ski tour routes and the backcountry was soon littered with energy bar wrappers.

The upshot was that not only was the whole point of ski touring to get away from it all lost but also so were many of the novice ski tourers. Their inexperience was a danger to themselves and others. The Utah Avalanche Center (UAC) reported 30 observations of human-triggered slides throughout the state over the last weekend in March, according to Powder, who quote Russell Hunter, owner and CEO of the Colorado Mountain School, 'I anticipate next winter if the resorts are limited or closed, the backcountry being a zoo'.

Actually the vision is less of caged animals in a zoo and more of stampeding wildebeest over the Serengeti.

Uphill skiing, as they call it in the US, is being hailed as the future, good for the environment as no lifts are involved, good for the body let alone the soul and good for the industry as ski touring involves a whole load of new kit. The only downside is for those who are already ski touring who would like to keep the peace of the backcountry to themselves.

Self-isolation is something that ski tourers know about. It doesn't take a pandemic to persuade the backcountry skier or snowboarder to seek solitude as far away from crowds as possible. Even in small groups, two metre distancing is not a problem especially on the way down when giving each other space is normal for making fresh tracks as well as for safety's sake.

You'll have noticed on our Ski Blog and Features that we are forever advocating the wonders of ski touring. We're out in the backcountry most of the season only using our seasonaire lift passes for Serre Chevalier to access side and slackcountry. Our ski blogs are full of the beauty of the mountains away from ski resorts with a thermos of tea and sandwich on a rock at the top of a ridge far preferable to a punter cafe.

Plus there's the added bonus that we can take our favourite accessories, the Rando Chiens, probably the only ski touring Jack Russells in the world. 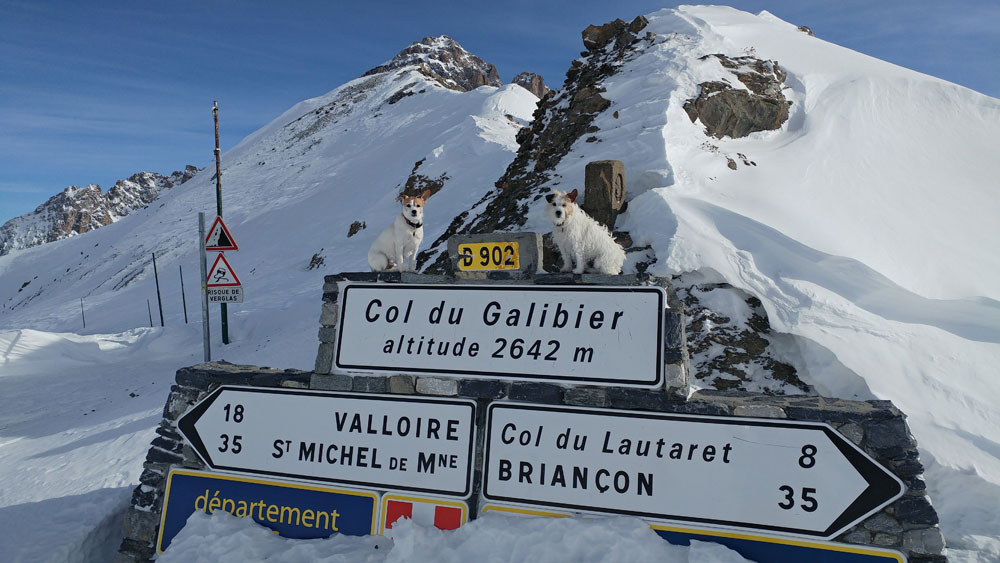 Every season, even BC, Before Coronavirus, we've noticed more tourers hitting the backcountry. The Col du Lautaret, just down the road from Style Altitude HQ in Serre Chevalier, is one big playground for ski touring with obvious routes that novices can follow, including the classic Col du Galibier (above) with the benefit of starting at the height of 2000m. So, now, especially at weekends on a powder or spring touring day this is one place to be avoided if you want to get away from crowds with parking an issue on the roadside and not helped by coach loads from Grenoble, the big groups soon trashing the pristine snow.

Fortunately, we have plenty of 'secret' touring routes up our sleeves so 'social distancing' should not be a problem, this winter. In fact,  like others in the ski touring world, we've gone from willingly sharing the backcountry experience with newcomers to zipping it. No novice friends on a ski touring powder day! Also we no longer give out exact information about locations for our tours on ski blogs or social media - to the relief of local mountain guides - but you can find some classic tours from the past here on the website.

Of course, it'd be bad news for ski resorts if everyone shunned their lift services. But already the more savvy resorts are managing to create a positive spin by promoting uphill skiing, providing touring routes via the safety of their pistes.

Plus, let's face it, there will always be plenty of piste skiers and snowboarders who will choose sitting in a gondola over the effort of earning turns by climbing on skins - even if, this winter, it does mean queueing for longer, wearing face shields AND being hosed down with disinfectant.