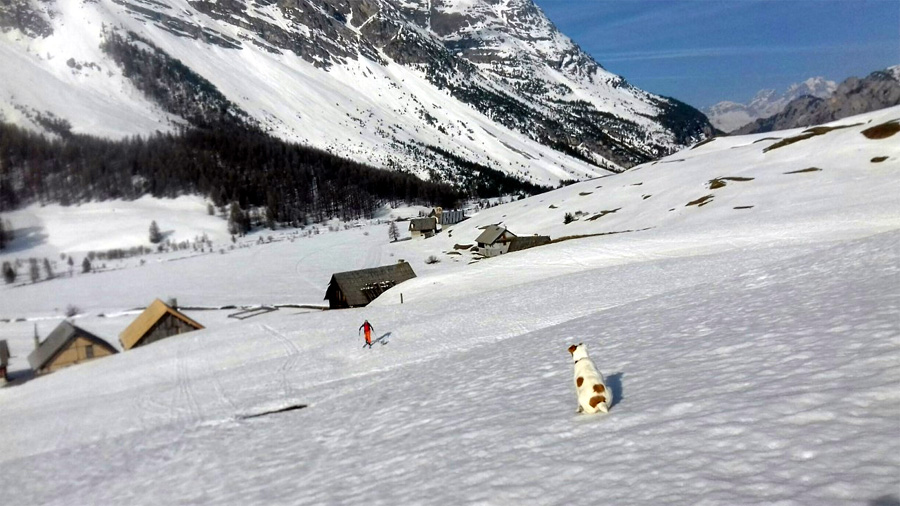 The Teletubbies, in this case marmots, were frolicking around their burrows as the sun rose throwing long shadows on the slopes of one of our favourite ski touring areas..

I'm not sure who's Tinky-Winky, Laa Laa or Dipsy but Gav, Ken and I did one of our favourite ski tours, known affectionately as Teletubby Land because of the rolling hills - hike up over one and there's a higher one behind it. More accurately the area is known as the Crete Domillouise up from Cervieres. 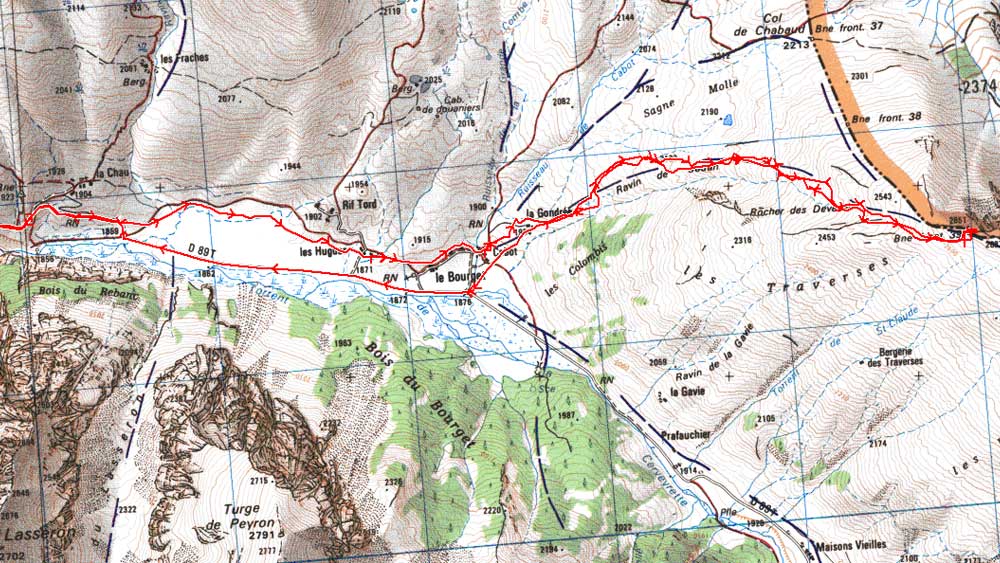 The Teletubbies, in this case marmots, were frolicking around their burrows as the sun rose over the hills while we skinned for the first mile from the road to the start of the climb. It was 06.00 when we left home with the Rando Chiens, knowing that the warmer temperatures would soon over-cook the snow.

Apart from marmots, we saw two other ski tourers during the five hours of climbing up 850m and skiing down, a total of 14km. Five hours? Well, in the end we were in no hurry as the terrain is more N/NW facing  and cooking super slowly so we had several stops for drone practice. And, finally, the drone is beginning to obey instructions and actually follow as we ski down.

The summit, yesterday, was the stone border marker with Italy. We were skiing down at 11.00 on spring snow that, once again, turned heavy below 2000m, but still skiable. It was then a mile's sweat-dripping skate / skin / slide  back along the road to the van.

The Rando Chiens are now sleeping after three ski tours during the week, over 40km distance and around 2500m vertical. Sssh let them lie.. 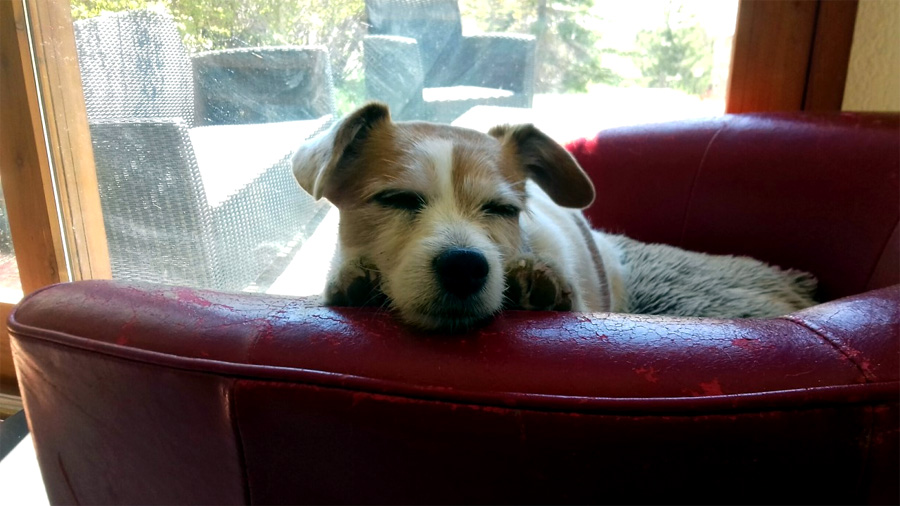