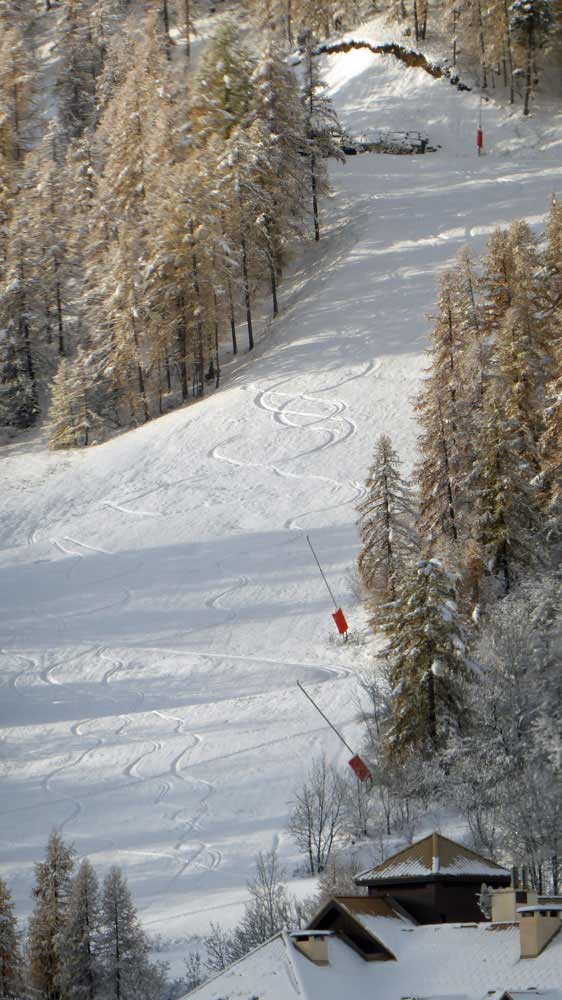 As the low cloud lifted this morning, three sets of tracks in the powder were visible on what will be the Bez piste when the ski season starts in December. These tracks were from yesterday when we ski toured up to above the Frejus village after a 50cms top up of snow the night before

The sun came out, the prestine powder sparkling as we ascended with the awesome freerider Josefine, wife of legendary mountain guide Per As, from La Grave. Catching up on mountain gossip, the 700 vertical metres went quickly. There was no one else out on the mountain except a lone piste baasher that trundled past us on its way down leaving a compressed albeit rutted track to follow on the uphill climb. HIgher above 2000m the snow was deeper, around knee high, but still we had to take our skis off a couple of times to cross the small streams that you never realise are under the compacted snow of the piste during the winter. 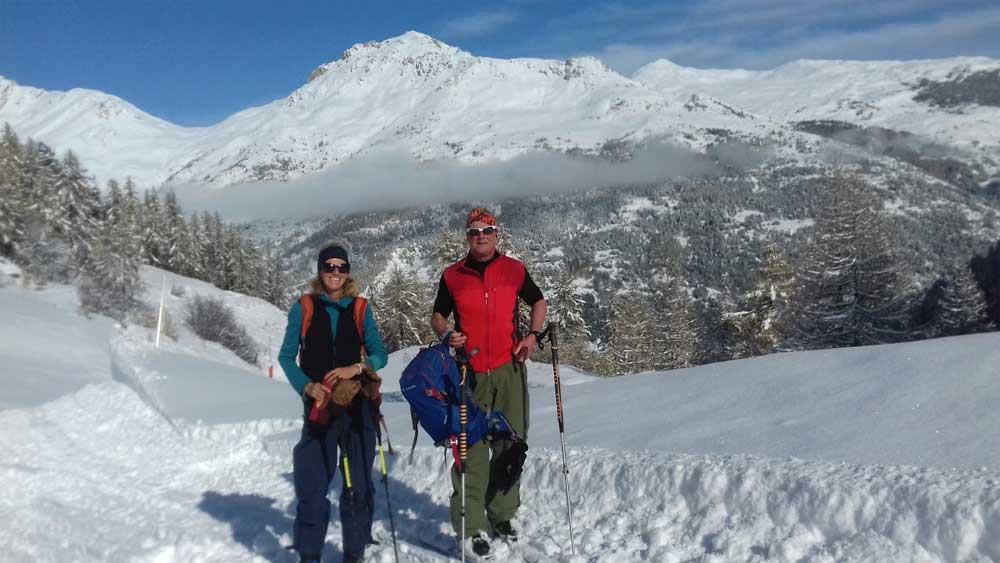 Transitioning we were all looking forward to making turns on the perfect powder below us. Josefine set off down what looked like a steepish pitch while Gav planned to get speed up skiing along the rat track before launching into the powder to shoot some Go-Pro footage of Josefine ripping. Soon both of them were skiing the powder, at the speed of a sloth. For some reason - and you couldn't blame the sun at that height and in shade - it wasn't the perfect powder we all assumed it would be. There must be a snow calculation: recent snow fall + total depth x degree of slope + sun angle - temperature + humidity x ski width = perfect powder).

On the terraces, above the Vallons lift, it was less deep and more, well, powdery. Then, as we descended, it was lighter and easier as there was less snow, but also more ditches, streams and gullies plus rocks further down.

The terraces were pretty sweet!

But what a lovely ski tour and fun ride down with the resort all to ourselves before the hordes take over in December. #lifesamountain