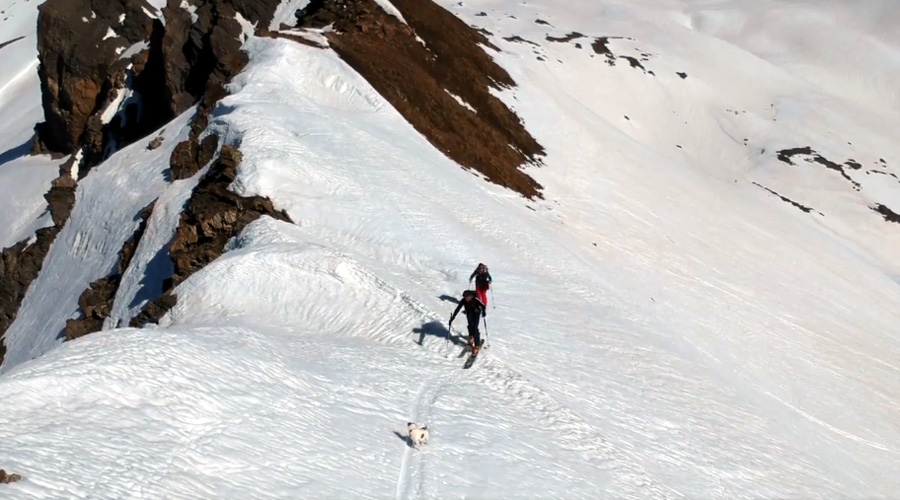 Another Hard Day At Our Office

With super warm and sunny days, it's perfect for spring ski touring early in the morning and BBQ in the afternoon. And okay so it's Wednesday? Just another hard day at our office...

I know some people will groan when they read this blog, hearing about what a 'hard' life we have in the mountains. I could justify our current lifestyle by saying that we paid for it with decades working in London, commuting on trains and having only a week's annual ski trip. I could, also, point out that, especially in our autumn years, life is potentially too short NOT to do what we enjoy.

But I can just imagine the eye roll from those who are still working, commuting and having only a week's annual ski trip. 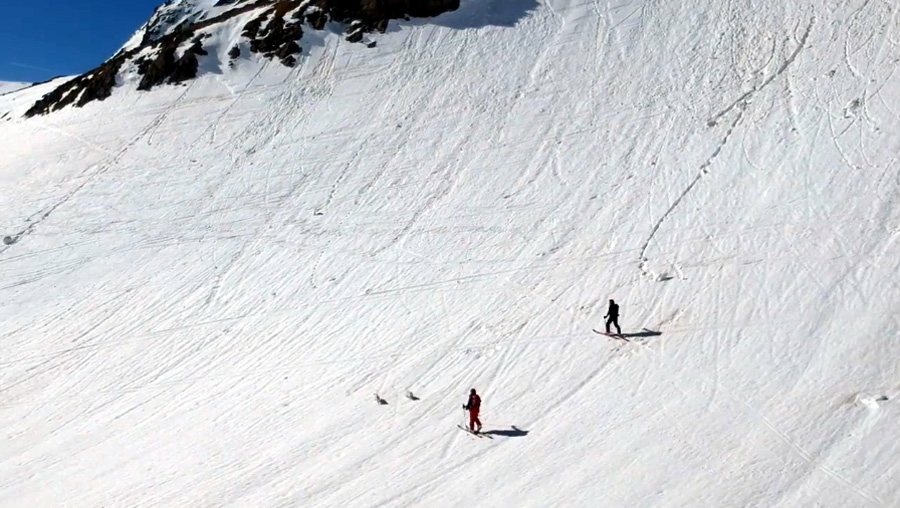 I also think we should ski  as much as we can, while we can, until our teeth fall out or knees crumble (worryingly, at yesterday's BBQ, teeth falling out and knee operations were the main topics of conversation!). But there's a guy, Lou Batori in the USA who's still skiing on Crystal Mountain at the ripe (ripping?) age of 107 which could mean that we have quite a few years left, with or without our own teeth.

So, yes, it was Wednesday, 'hump day' when office workers are over the midweek 'hump' and on the downhill to the weekend, but we were on the downhill from the top of Trois-Évêchés enjoying perfect spring snow accompanied by the Rando Chiens. 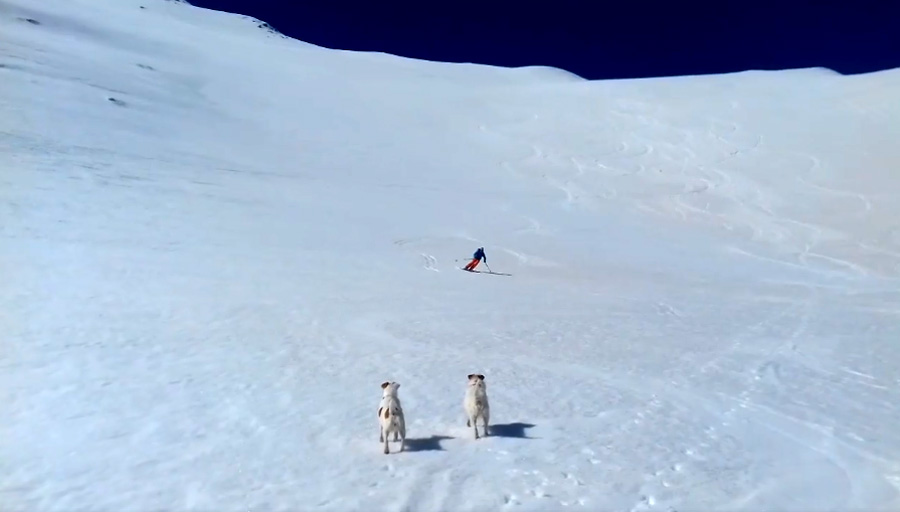 It was an early start for our 'commute'. We were in the van with Ken and the Rando Chiens at 07.15 heading to the Col du Lautaret. But we weren't the first. There were around 20 cars and vans parked up in the usual spots by the road with many skeezers (old geezer skiers like us) preparing for their day's 'work' skinning up the hill. But guess what? Like most commuters they followed the herd and the busy M25 route up Pic Blanc leaving us with the vast Trois-Évêchés area virtually to ourselves (we only saw four other tourers).

A two hour hike, past plenty of avalanche debris from warm spring slides, took us to the top of the Crête de Côte Plaine with Gav finally able to play with the drone without fear of trees or power cables (see vid at the end of the blog). 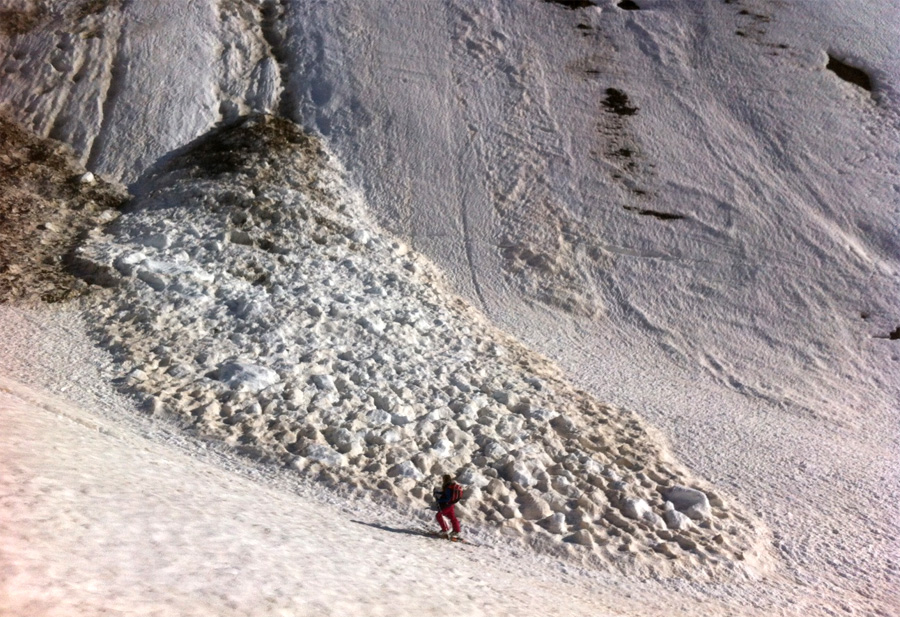 Then it was sweet spring snow until the last half mile below 2200m when it turned to sludge, giving the Rando Chiens quite a calorie-burning workout which, for Kiki, Mumma Rando Chien, is hopefully going to bring her waistline back.

We were back at the van by 11.30, drinking a beer/Coke at the cafe at the Lautaret and out for a BBQ with Pat and Adrian at 15.00, sipping Presecco, poolside, in the warm sun. 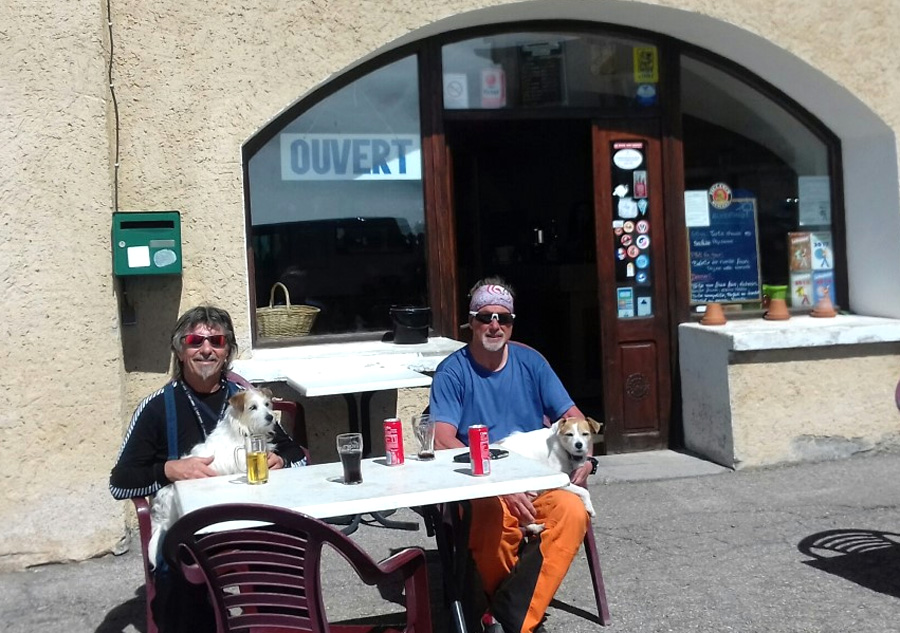 PS. And here is the result of Gav's hard 'work' flying the drone and editing the day's vid: