And Just Like That...We Were On the Ski Lifts Again 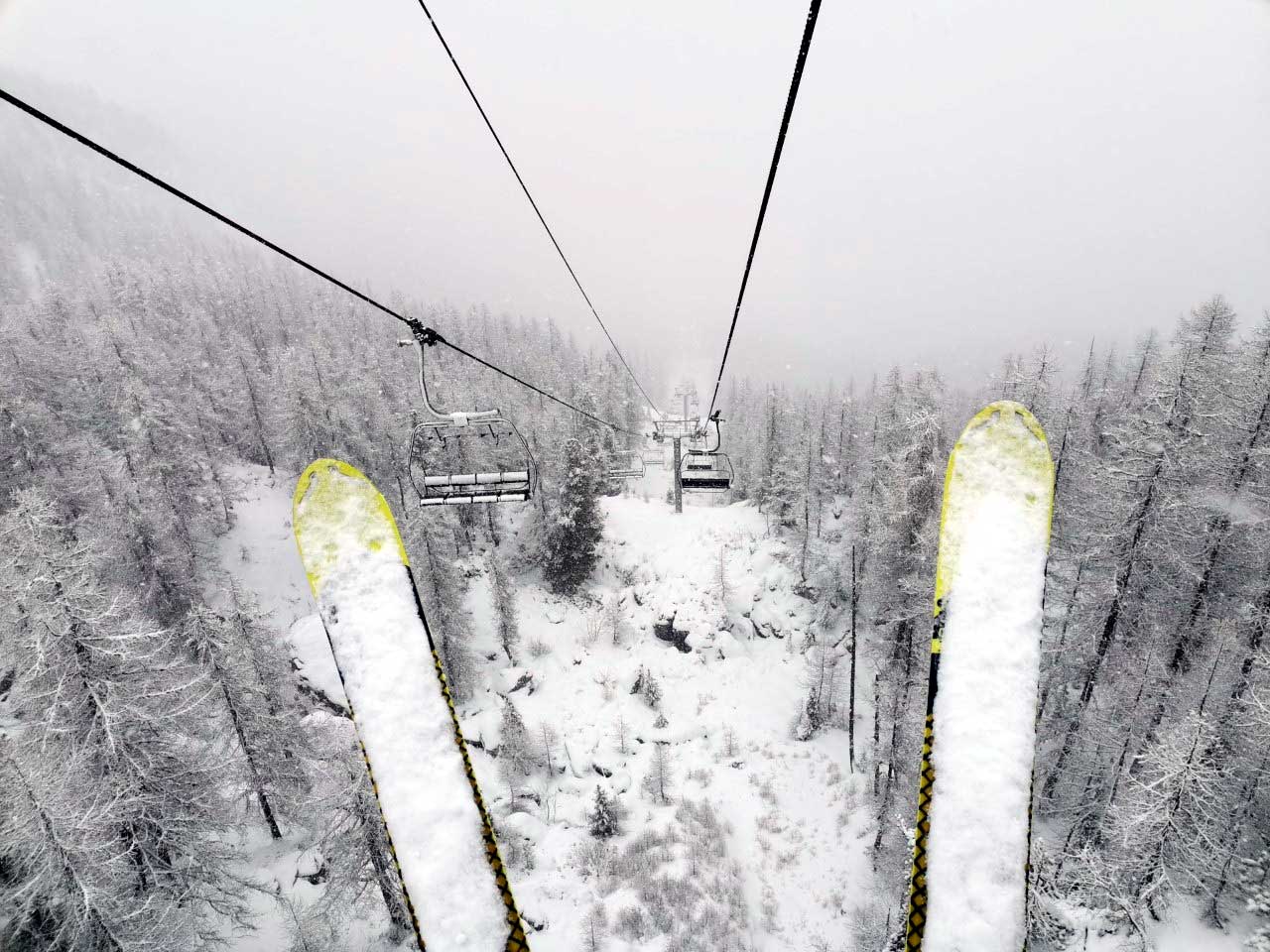 We expected queues on the first pre-season day in Serre Che, what with the pass sanitaire and masks at the lifts being 'obligitaire'. But the chairlift was empty at noon with no checks made by the lifties...

After 21 months, we were back at the chairlift, masks on and pass sanitaires on our mobiles. We went up Casse du Boeuf at noon, expecting queues as the pass sanitaire and medical grade face masks are essential. Not sure if the lifties were at lunch or sheltering from the snow, but no one was checking. Apparently in the morning, at the Chantemerle gondola, they were being more officious and asking for both pass sanitaires and masks.

Of course, because it was snowing heavily, everyone had googles on and Buffs pulled up over their faces so who could tell if they had proper masks on or not? The snow taps were turned on for the first pre-season opening in Serre Che, which was just as well as there's not been much snow cannon action in preparation for the official start next weekend.

We only did a couple of runs, had a chocolat chaud at the Biv and then had to take the chairlift down, saving our skis from rocks on the less snow covered, unpisted lower slopes.

But it's a good start to the season. We have lifts that are working. We have snow. It's better than this time last year, for sure.