It's the winter that keeps on giving powder. So the spring touring skis are still in the garage while the fat big mountain ones get another two days of play in around 50cms of fresh snow...

The snow came in on Thursday, blanketing the hill in low cloud so we gave it till midday to fill in the tracks and then put on the weather proofs and low vis goggles ready for some storm riding.

Anywhere above the trees was a white out but in the trees with better vis the fat skis floated in snow up to our knees - and as light as Japow. I was riding my fav all mountain skis of the season, the Santa Ana 110s, Gav was on Black Crows 108 - and he leant Steve, normally more of a cafe cruiser, his White Doctor 104s.

So we had three hours of play time in the trees floating in the pow before tackling the far more leg burning chopped up lumps and bumps that had developed on the pistes. Steve managed some spectacular head plants in the powder but was set up with the White Doctors and loads of hands-weight-forward advice for a great time, the next day, doing untracked sidecountry in the sun.

It was a classic bluebird. We were on first lifts at Monetier to do the Crete des Lauzieres steep trees. The narrow ridge with a drop either side has the sign 'Passage Delicat' and it certainly gives me wobbles in my delicate passage. 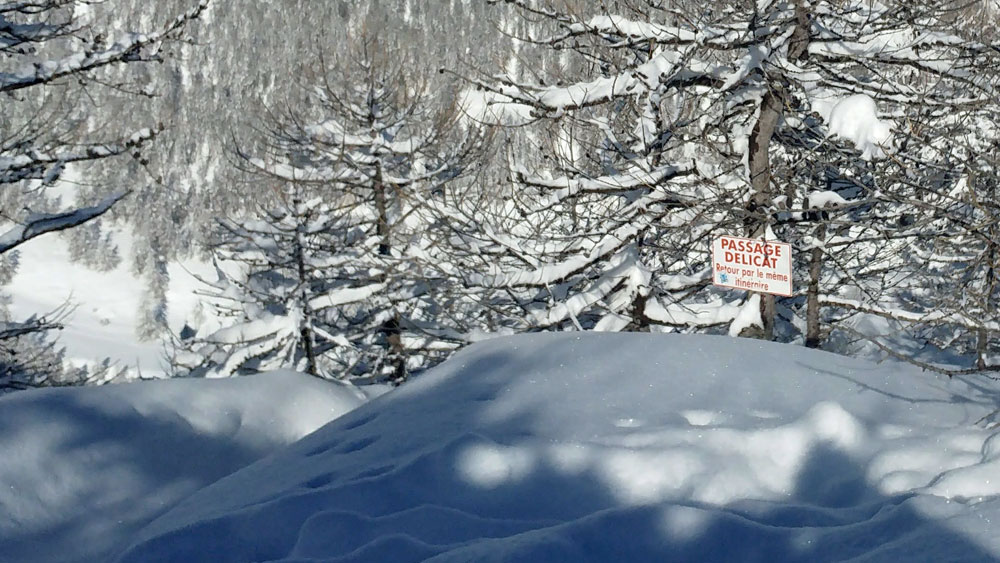 It's a super fast 20m straight line ski across the exposed part of the ridge. Turning is a no no as you'd just fly off the edge so it's a question of letting the skis go which means picking up speed and hurtling like cannonballs into a path between the trees on the other side.

I only just managed to stop and miss smashing into Gav who'd stopped mid-path to check a Go-Pro malfunction while Ken, coming next, had to take serious last minute avoiding action so as not to take us both out like ten pin bowling.

Then Gav got hung in a tree, literally, with a branch threading through the top loop of his backpack which took him a while to sort out by which time Pikey and Co arrived. So there were seven of us, soon becoming spread out in the woods negotiating some pretty steep and deep chopped up lines in close packed trees at the top before veering left and finding perfect untracked pow in the wider spaced more skier friendly ones.

We took the decision to not join the queue at the Bachus chair but leave a car at Monetier and drive to Pontillas (the Cucumelle chair was under going repairs so you couldn't ski back). Then a couple of laps of Pikey's shoulder right off the top of the Barre drag, before I bailed with tired legs while Gav and Ken hiked Cucumelle where Gav did some more hanging around before dropping back down to Monetier via some pretty sweet powder. 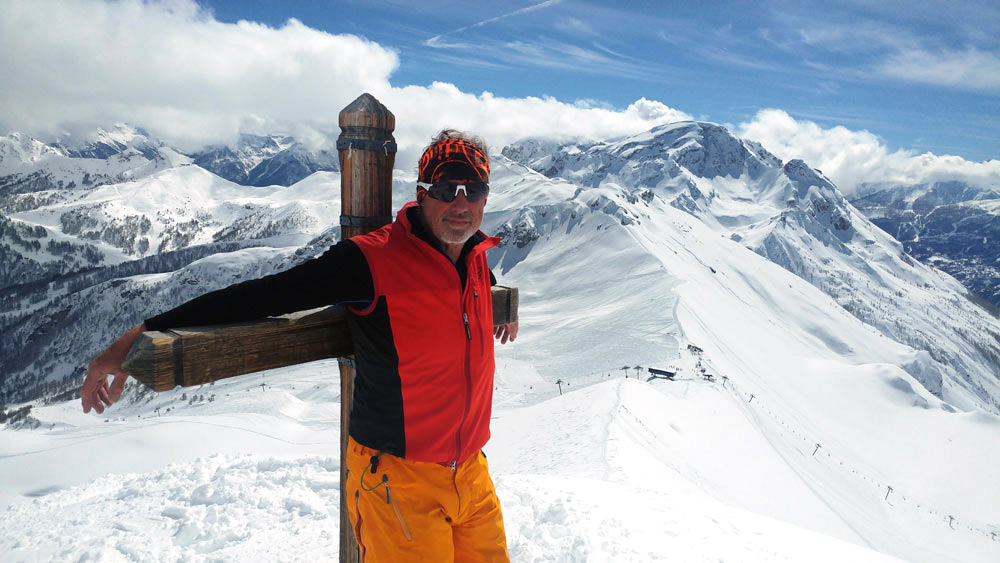