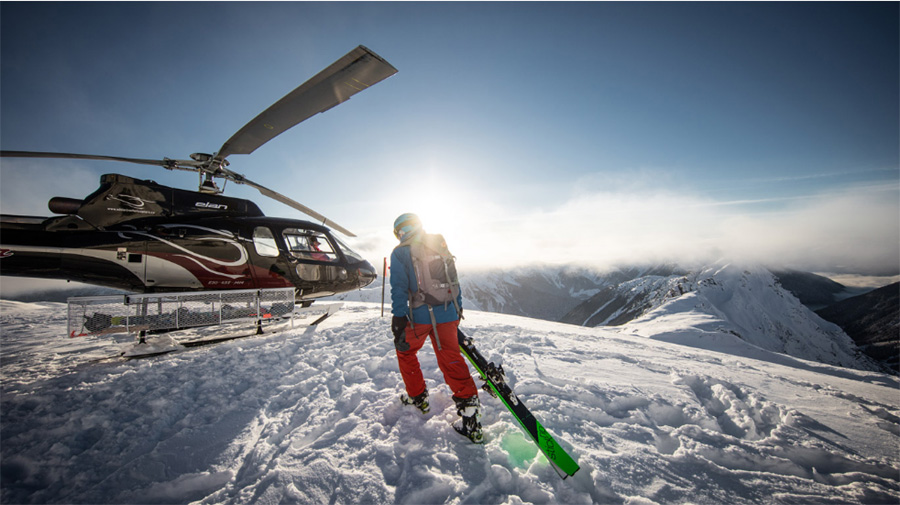 The view from our crew. The gear that our team will be riding and wearing this winter.

If our crew was allowed to choose just two items of new gear for this season what would they be? And why? This is our pick of new gear from most wanted skis and lightest avy bag to must have jackets and goggles... 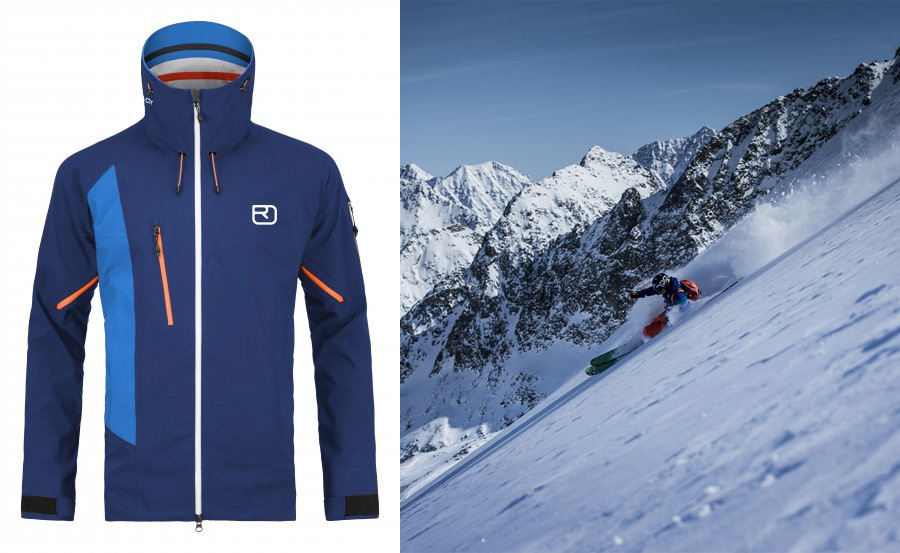 'I have realised the merits of using natural fibres especially merino wool - and Ortovox have some pretty cool designs, as well, compared to many of the other ski wear brands, this winter. So I'm going to be riding in the Merino Hardshell 3L La Grave jacket which is waterproof and windproof but extremely breathable, using merino wool for comfort and functionality, plus the Ortovox new superlight Avabag that won the latest ISPO Product of the Year. 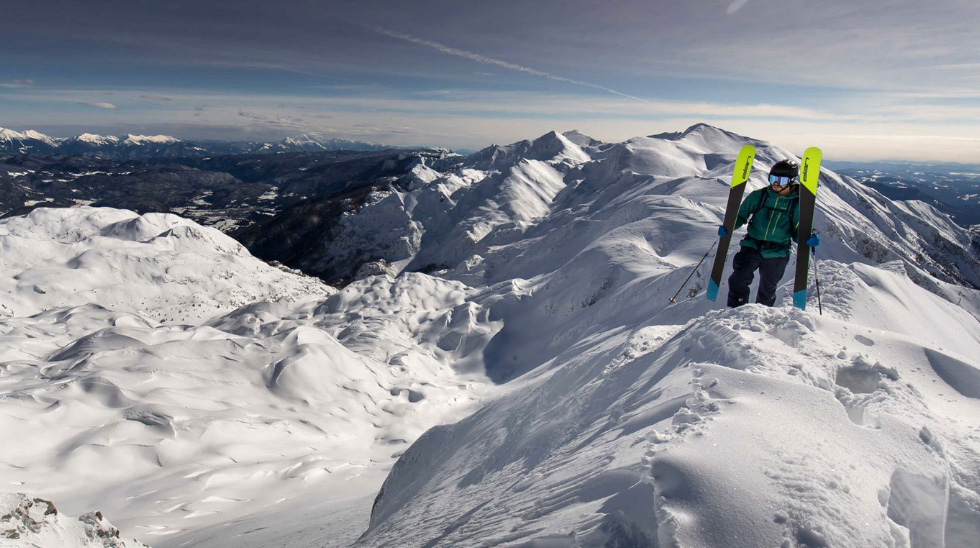 'I couldn't resist trading in last year's Elan Spectrum skis for the new and improved Elan All Mountain Rip Stick, this winter's ISPO Award Winner with numerous accolades in the ski media. No metal, just carbon tubes and woodcore resulting in a light but stable ski with the Amphibio technology (camber on the inside edge and rocker on the outside). It's my one ski quiver, this season.' 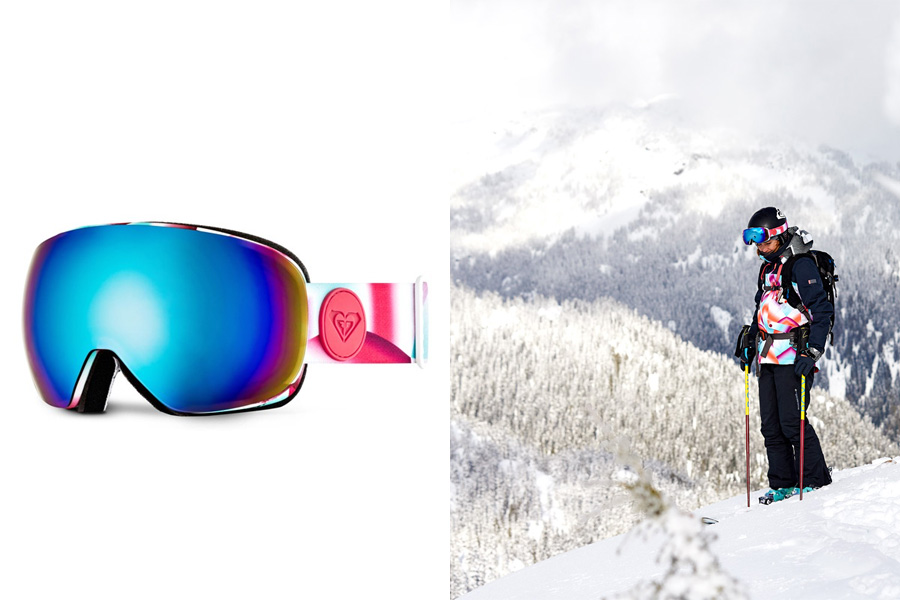 'The Roxy Popscreen goggles are really comfortable and the field of vision is amazing. There are lots of different colours to choose from and the lenses will perform well in most weather conditions. Great value for money too. They would make an awesome Christmas gift.' 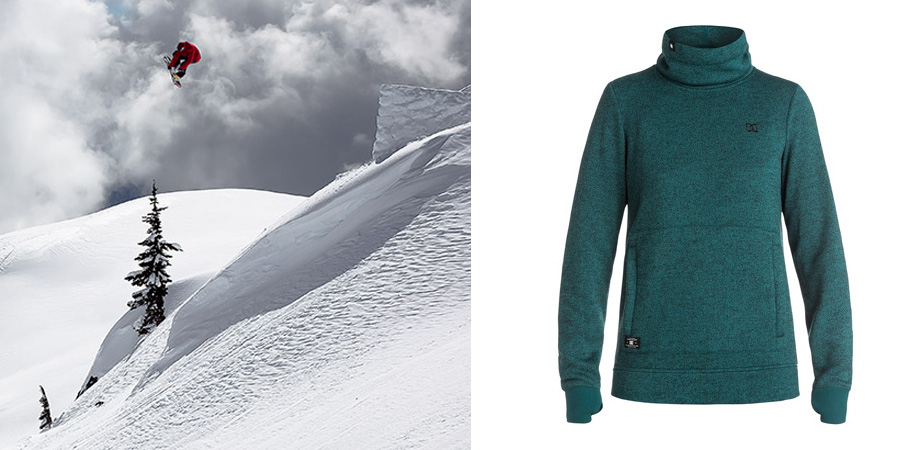 'This is the perfect hoodie to wear in the indoor dome or as a mid layer on the mountain. It has a nice high neck to keep you feeling cosy and handy zip up pockets, too so you don't lose your ipod.'

'The SCOTT Superguide 105 is exactly what I'm looking for in a ski. Not only is it primarily a touring ski, but as a Freeride ski it's light underfoot and while wide it can cope with climbing when it's steep and icy.  So what goes up must come down, and on a scale of one to 10 then it descends even better going up! The technical explanation for the Superguide's lightweight performance ideally suited for demanding ski touring is that it has an elliptic construction paired with carbon and Kevlar laminates and also features SCOTT's 3D sidecut and Pro-Tip rocker for stability in powder and improved agility.  All you really need to know, though, is that it's a damn good ski. 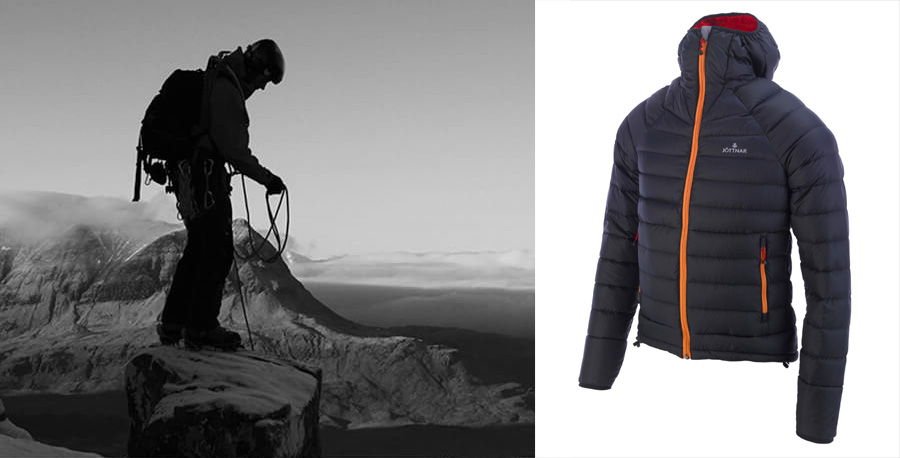 'I like the fact that Jottnar is a brand created by ex-Royal Marines who know a thing a two about extreme mountain weather (read out interview here).  I'm really impressed by the Fenrir hydrophobic down jacket, which is far more water repellent than other down jackets I've had. The fact that it's compressable and, crucially, lightweight makes it perfect to pack for ski touring - and a welcome layer to take out of the backpack when stopping to take skins off in a chill wind at altitude. And, as it's not at all bulky, it can also be worn under an outer shell when the weather on the mountain turns really brutal. It's filled with 850 Fill Power hydrophobic goose down in a premium 93/7 down/feather ratio. The water-repellent down from DownTek™ stays dry 10 times longer than untreated down. Unlike inferior versions, the water repellency won’t wash out. And, as we support Protect Out Winters in France, I'm happy that it is, also, free of harmful fluorocarbons.' 'I usually ride my K2s with twin tip but as I'm avoiding the park these days since I tore my ACL turning round after landing off a kicker. I want to do more off piste. So that's why I've gone for the new women specific 164 Prodigy skis which are great for all mountain with a 96mm waist. They turn really easily with women's specific mount points, flex, dual radius, sidecut and transition zone technololgy. They have 2mm of camber underfoot and a slight tip and tail rocker for easy easy to manoeuvre, yet really stable. Also, I love the  topsheet and base art by Kay Flockhart and Rosalind Monks!'

'DC or Armada? I can't decide which jacket for this winter. They both have a great flattering tailored fit, though the Armada IS slightly longer which I like. But I love the DC tie dye print. Both jackets are, also, designed for performance as well as style so they'll be warm up the hill when it's freezing conditions.' 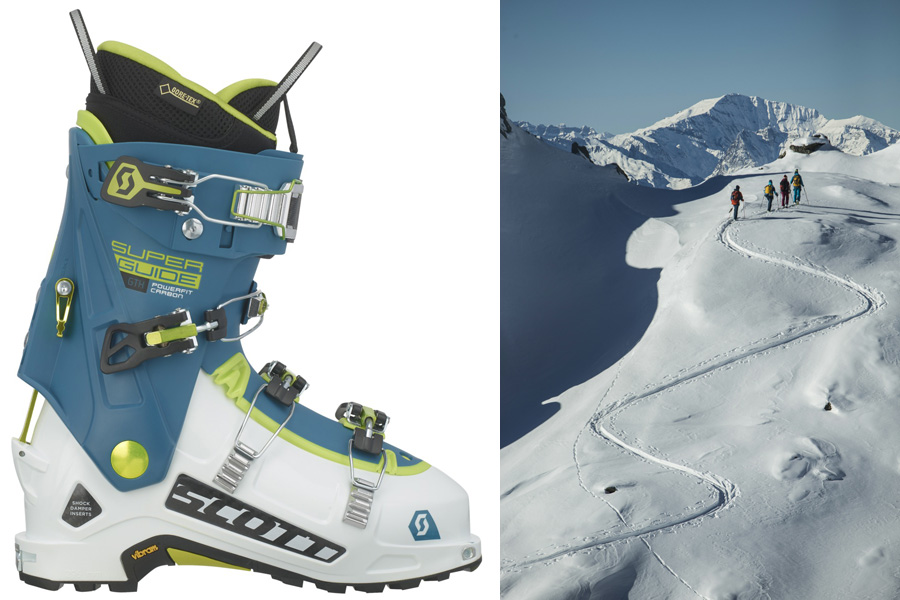 'I can't believe how light these boots are yet they really pack the power for skiing. The carbon shell makes them both strong and stable as well as light so they're absolutely great for ski touring when the lighter the kit the better. But then they're super solid and stable for the descent.  They have Dynafit® certified tech inserts. Also, I love the fact that I can walk around the refuge in the Gore-Tex liners which are always warm and dry'.

'Our Tech Editor has had his eye on the Ortovox Avabags since they won ISPO's Product of the Year for winter 16-17 because it's the lightest on the market - and, Bing, our ski contributor, has bought the 20L. But I stake my claim on the Ascent 28 Avabag which is not only extra lightweight but is, also, designed specifically for women. Now I've struggled under the weight of airbags made for beefy men and had my helmet tipped forward by bags that are created for six footers so I'm super excited by the fact that this bag has a much shorter back system with hip and shoulder straps adapted to the female anatomy. Also, I'm left handed and have had to put up with right hand biased triggers so, also, loving the ergonomically optimized activation handle, which can be gripped optimally with both the left and right hand.' 'At first when brands like Nike and Adidas started getting into the snowboard game, I have to say, like most people, I laughed and just tried to ignore them. I mean, it just seemed that they were cashing in on a cool thing, our cool thing.  If I wanted to wear Adidas I would’ve got into tennis or something that sucks! We snowboard, we live it, breathe it, it’s awesome, we have our cool underground brands that the mass market doesn’t know about so let’s keep it that way.

After resisting for a while, someone actually gave me a pair of Adidas Samba snowboard boots to try out. I take back everything I said. The comfort, the tech, everything about these boots, they are just awesome! The low profile, trainer style and detail, the soft supportive tongue and the flex, these guys have really pulled it out of the bag. I can’t really explain it, just try it!, The one thing you can’t ignore is the big brands do have a big budget for testing and research. And if that still doesn’t win you over, then check out their team riders.

Ok, so there’s a theme going on here with my two picks (also if Adidas fancy sending me some freebies I wouldn’t turn them down hint hint). But, last season, I managed to get myself the Greeley jacket before they all sold out. So, this year, I jumped straight on the other colourway. Don’t be fooled by the 'softshell' in the title, this jacket is incredibly warm with fleece lining. You could probably do a full season in this thing just down to how comfy it is! 10k waterproofing is awesome and the armpit vents are a must, but it’s the steezy, loose-style fit that did it for me. It doesn’t make you look like a chav on a snowboard, especially when you are jibbing all over the mountain!

Nice one Adidas, you have converted me!'