Daily weather blog and forecast vs actual ski conditions, along with actual reports and Live WebCam from here in Serre Chevalier, Briancon in the Hautes Alpes

Check out 15-day weather forecasts, latest snowfalls and piste maps from around the Snow Globe on PistePro.

CLICK HERE FOR LIVE CAM which is at the bottom of the page.

The Serre Chevalier Domaine Skiable announced on their FB yesterday.

Despite all the efforts made by SCV Skiable Domaine for several weeks, conditions are not met to pre-open next weekend.
All the teams are continuing to work on the pitch to get the field ready for the season launch on 10 December and bring you a quality skiing event.

I messaged them earlier in the week asking why they had not been running the snow-canon on the pistes down into the resort that you can see from our webcam here, namely Le Bez and Casse du Boeuf.

And they replied by saying "it hadn't been cold enough", to which I responded by saying that we live here, and every night for the past ten days it has been well below zero; they then said that they were only concentrating on altitude!

I have an awkward feeling that this season we will see more of the same like this, with slow-running, or even closed lifts, pistes that are not pisted and snow-canon not being used; similar to a survey that was put out last year, allowing the Compagnie des Alpes to pretend that they are being environmentally conscious etc rather than the greenwashing it is, using that as an excuse to not spend and deliver a service to the end consumer who has paid substantially more for their lift pass this season compared to previous years!

As for the outlook the forecast is far more unsettled with flocons falling but not the dump that we need to set up a good base, especially without the prospect of snow-canon being used.

The webcam (located here) will be static during more mundane conditions, but when it's snowing, during the day (09:00 - 17:00),  the cam will zoom to three pre-set points and stay there for 60 secs before moving again. And the good news is that, finally, we have fibre broadband here rather than the antiquated ADSL from 2nd December!

Great Britain are again beaten to gold by Germany in the four-man bobsleigh at the World Cup in Canada. click here for more

Bruce Mouat says it is "a pinch myself moment" as only Switzerland stand between Scotland's men and retaining the European curling title. click here for more 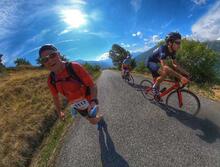 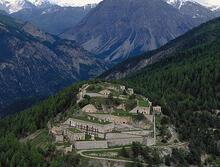 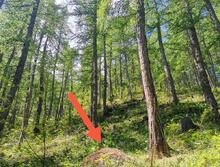 Looking at some traditional folklore signs of a cold and snowy winter in the Alps including high ant hills, tall flowers and a bumper crop of berries...

Problems in trying to forecast snow in the mountains

The Future For Skiing and Snowboarding 2022 and Beyond

Why Ed Leigh is Selling his Snowboard Gear on eBay