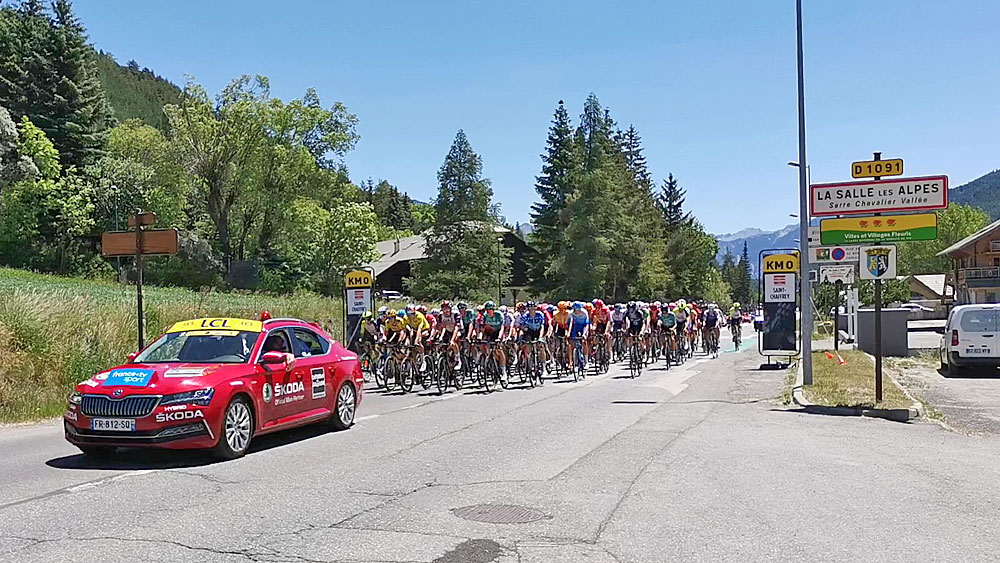 Serre Chevalier is a paradise for those who love their cycling

We arrived back from our sojourn middle of last week and since then I've been out on the bike a lot, though two of the legendary Cols have been closed at times.

Preparations are in hand

They're getting the roads ready for the Tour de France, below is a section of the Granon just after Les Tronchets, and I did comment back in April when I climbed it for the first time this year; "It will be interesting to see what they can do with some of the sections above Les Tronchets where there is a bit of camber" and as you can see they've done a great job! 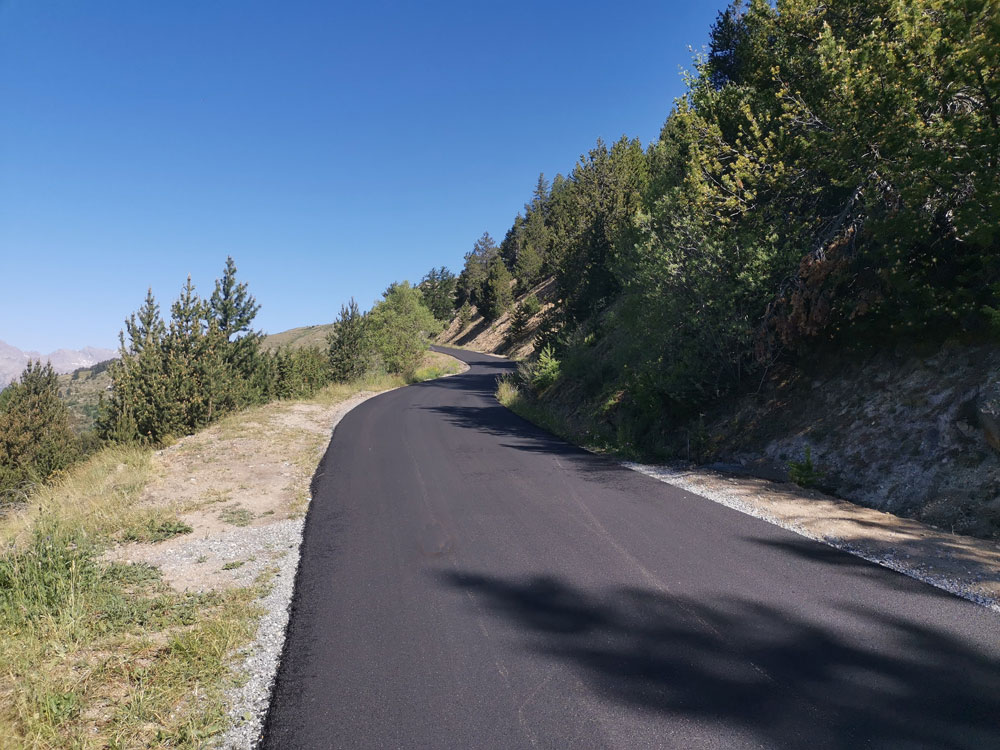 There are so many events scheduled in Serre Chevalier and Briancon over the Summer, June 11th saw the penultimate stage of the Critérium du Dauphiné which officially started right outside Style Altitude (picture top of the page), and that was a great weekend of cycling events with the La Fête du Tour 2022.

I actually made the most of the subsequently closed road after the peloton and associated entourage passed through and cycled up to the Galibier on nigh on deserted roads. The next day there was a large peloton of amateur riders leaving Briancon which I joined and we cycled at pace towards the Galibier, though I could not face my third consecutive Lautaret let alone a Galibier as my legs were a tad heavy.

And then this week there has been a private event with Danes cycling the Granon and the Galiber and then there is another big Charity event this weekend with 350 Belgians taking ownership of the Galibier this Saturday 18th June, and then on Sunday they're planning on cycling the Boucle D'Izoard, so traffic in and around Briancon as they all ride through, and not on closed roads, will be hectic, and there's a lot of signage up advising about that; plus they are all staying at Club Med across from Style Altitude HQ.

And then away from the road, this weekend 18th and all next week is the Alps Epic, with stage 1 of the Alps Epic on Saturday, on a course all around us incorporating the French Mountain Bike Marathon Championships

Earlier in the week, I rode up the Izoard on far quieter roads than in the valley, and this weekend the plan is to escape the crowds hopefully, and cycle over in Italy, the Colle delle Finestre, Pragelato and Colle Sestriere, a great but tough loop as the last 6kms of the Finestre are gravel at best!

And with all the activity in the valley, it would seem that more bars and restaurants are opening earlier than just waiting for the High Season hordes, and people visiting the valley are now taking advantage of the flexibility of booking long weekends via AirBnB and Booking.com as proprietors realise there's a ready market out there now and it's not just about filling weeks in High Season.

As for the weather, it's been very hot with temps this past week in the low 30's and the occasional threat of an afternoon thunderstorm.

As ever best strategy is to get out early when it's cooler and try and work out a route that takes advantage of the afternoon thermal winds kicking in, but that can be a lottery depending on where you are.