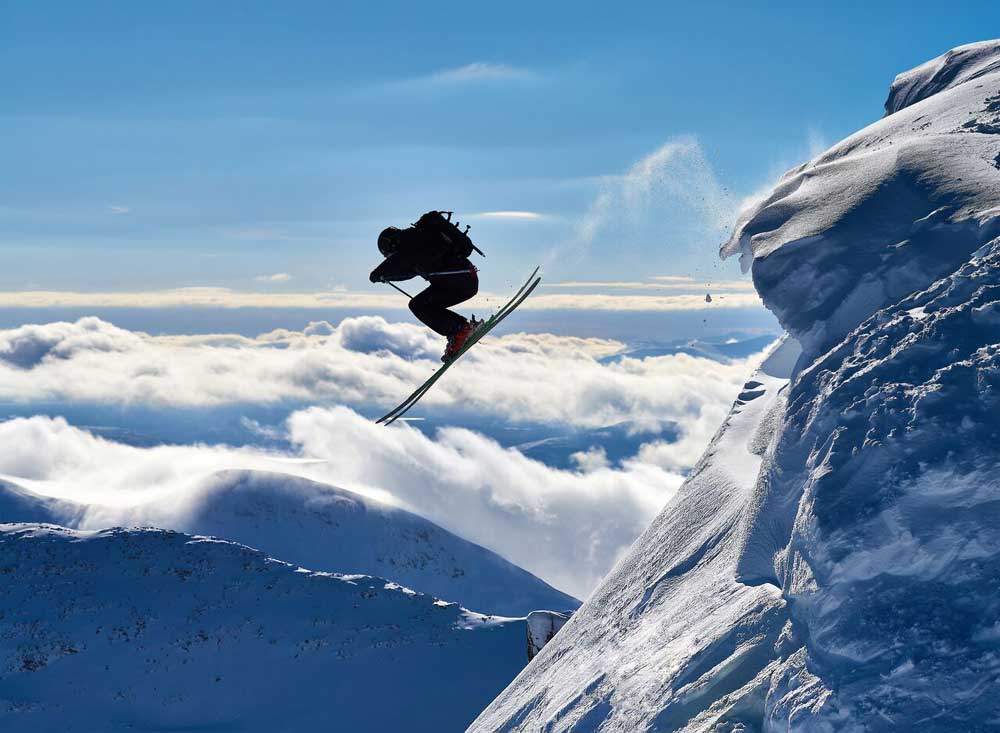 He's shot extreme skiing and mountaineering images in Antarctica, the Himalayas and the Alps but,for Hamish Frost the Scottish highlands are up there with the best as his favourite, albeit often freezing, backdrop for dramatic action photos including one recently shortlisted for the Red Bull Illume awards

I moved up to Glasgow for university when I was 18 and immediately fell in love with Scotland’s mountains. I got involved in anything from hiking to scrambling to fell running, as well as sports like climbing, mountaineering and skiing. Basically anything that allowed me to get out into the hills.

After I graduated, I began working in the energy sector. But I was spending all my spare time in the Highlands on my skis. I started taking photos and realised that was what I was really passionate about. Six months later, I took the decision to leave a good, stable job with a regular income to follow an uncertain career path, working from job-to-job as a mountain sports photographer.

It was easily the biggest decision I had had to make and it took a good six months to pluck up the courage to actually do it. But I’ve been a professional mountain photographer for three years now. I find the creative process of producing exciting images in tough and inhospitable environments really appealing. 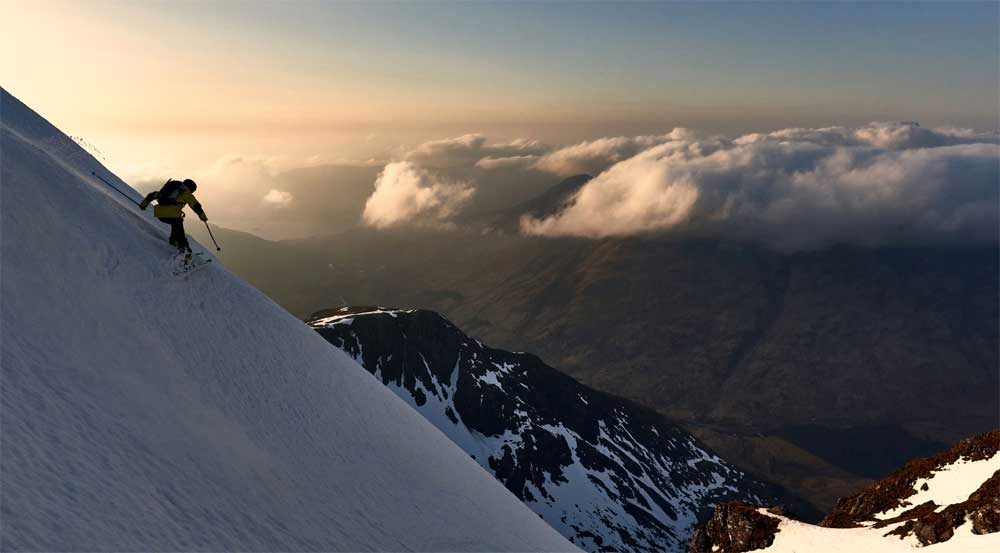 I tend to shoot on Sony A7 cameras with a wide angle zoom lens and sometimes an extra prime lens if I can cope with the weight. If it’s a particularly cold or wet day, then you’re fighting the conditions trying to look after yourself and keep your camera kit working. If the best position for a shot is halfway up a cliff face, then you've got to work through the logistics of getting to that position.

I also love the physical challenge - being fit enough to lug lots of camera gear around and stay motivated to keep pushing the shutter button even when you’re exhausted – maybe also a little scared - and overall would probably rather be anywhere but there.

The scenery in Scotland is unique, the mountains dramatic and wild. In terms of the skiing in Scotland, I’d be lying if I said it was as consistently good as in other more snow-sure parts of the world. But on a good day, it’s up there and it makes you appreciate those days much more. 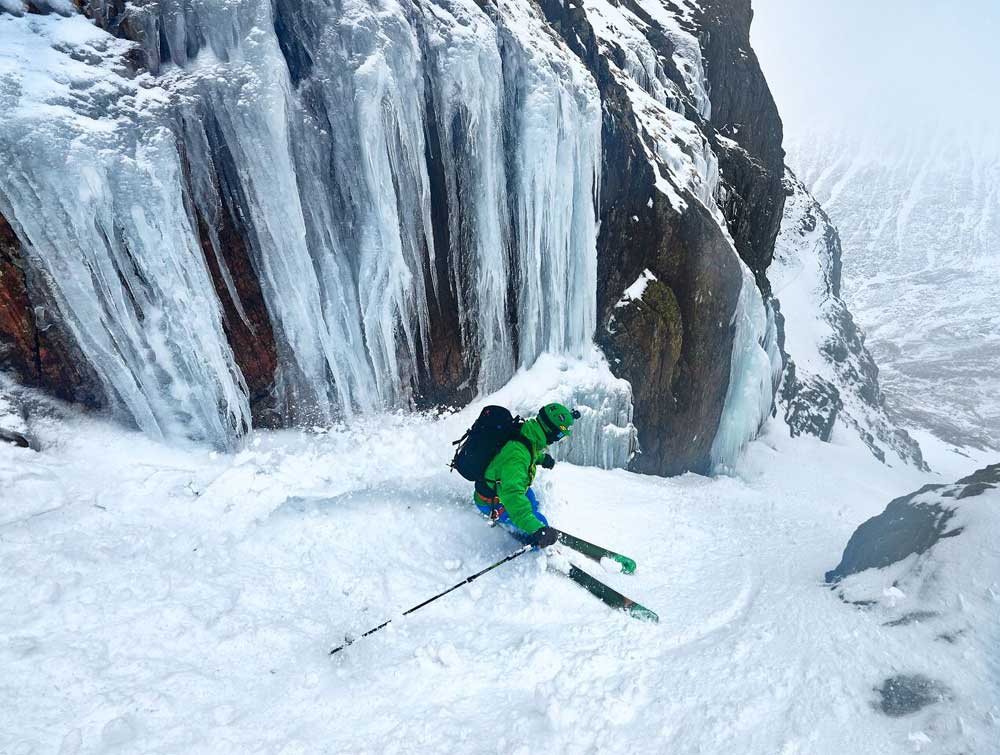 After I started ski touring in Scotland, I quickly became hooked. During the spring, when the days got longer but there was still snow on the mountains, I’d regularly find myself racing over to Glen Coe after work, just making it over in time to climb to the top of a munro and ski one line before sunset.

On one occasion in July (after a particularly good winter),a friend and I got up at 1am, cycled with our skis on our back into the heart of the Caingorms, just so we could ski the last remaining gully in Scotland with snow in it, making it back down the road in time to sneak into the office for 9am.

If I am photographing someone, there is a fair amount of exploring and climbing I have to do by myself to get into position so I can get the shot they want. But that can be a very therapeutic part of the day. The mountains are a very simple place to be. There is no red tape to govern what you do. Of course, any climbing or exploring by yourself comes with risks. It’s important to be sensible with any decisions. For example, being clued up on avalanche reports and picking routes through the mountains to avoid high risk areas, not going to areas that might be exposed to rockfall and having a clear idea of what the weather is going to do during the course of the day. 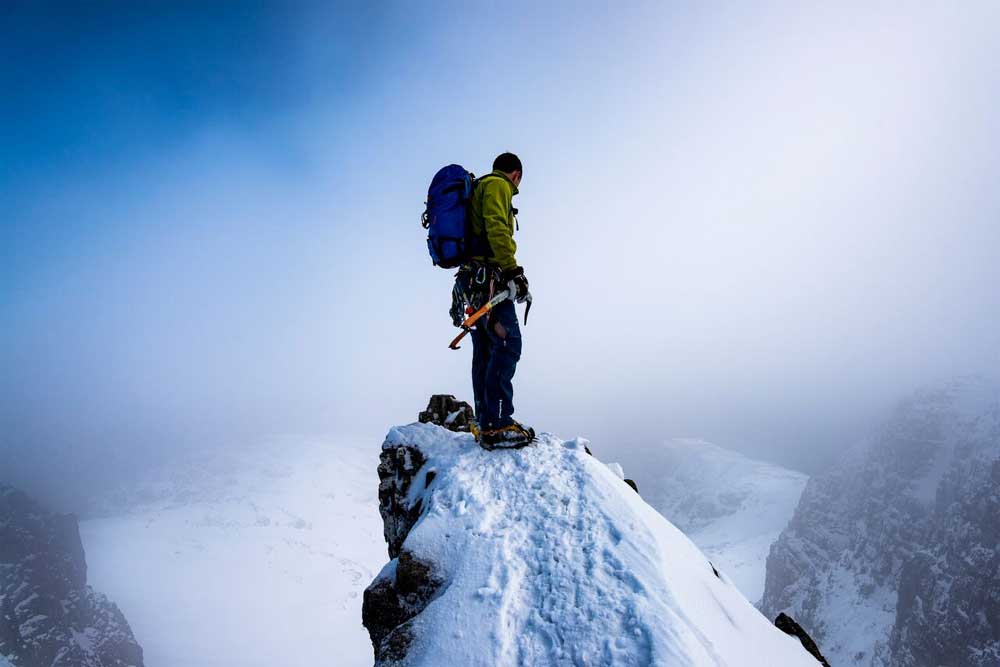 But that being said, everyone makes mistakes out on the mountain! For example, I was photographing Guy Robertson and Greg Boswell climbing on Ben Nevis recently and realised after having been in position for six hours on the cliff wall in sub-zero temperatures, waiting for them to ascend, that I was beginning to have very lucid daydreams – one of the first signs of hypothermia. I forced myself to do short laps, jumaring up and down the rope to keep my body temperature up but it was tough and I was getting cold very easily. Fortunately, it wasn’t much longer before Greg appeared below. The adrenaline of the situation jolted me awake again and I readied my camera, framing the shot. The photograph ended up being shortlisted for the Red Bull Illume awards, so it was worth the wait, but I knew I’d gotten away with some poor decisions and I’d have to be more careful in the future.

When it comes to risk taking, there is a lot of chat in adventure sports about the idea of athletes going harder for the camera, taking fewer precautions, wanting to catch those amazing moments. But I’m pretty clear with athletes that I don’t want them taking unnecessary risks to get a good shot. I make a point of reminding people regularly while out on shoots to not do anything they might end up regretting.

To read more about Hamish’s experiences exploring the Scottish Highlands go to Manoeuvring Through the Munros.

Travelling To Italy Post Covid. What Could Go Wrong?

Getting out of Dodge (Italy) in haste back in March, it seemed a good plan to return, post covid lockdown, and collect all the gear before heading back to the UK. But make a plan, make God laugh...more