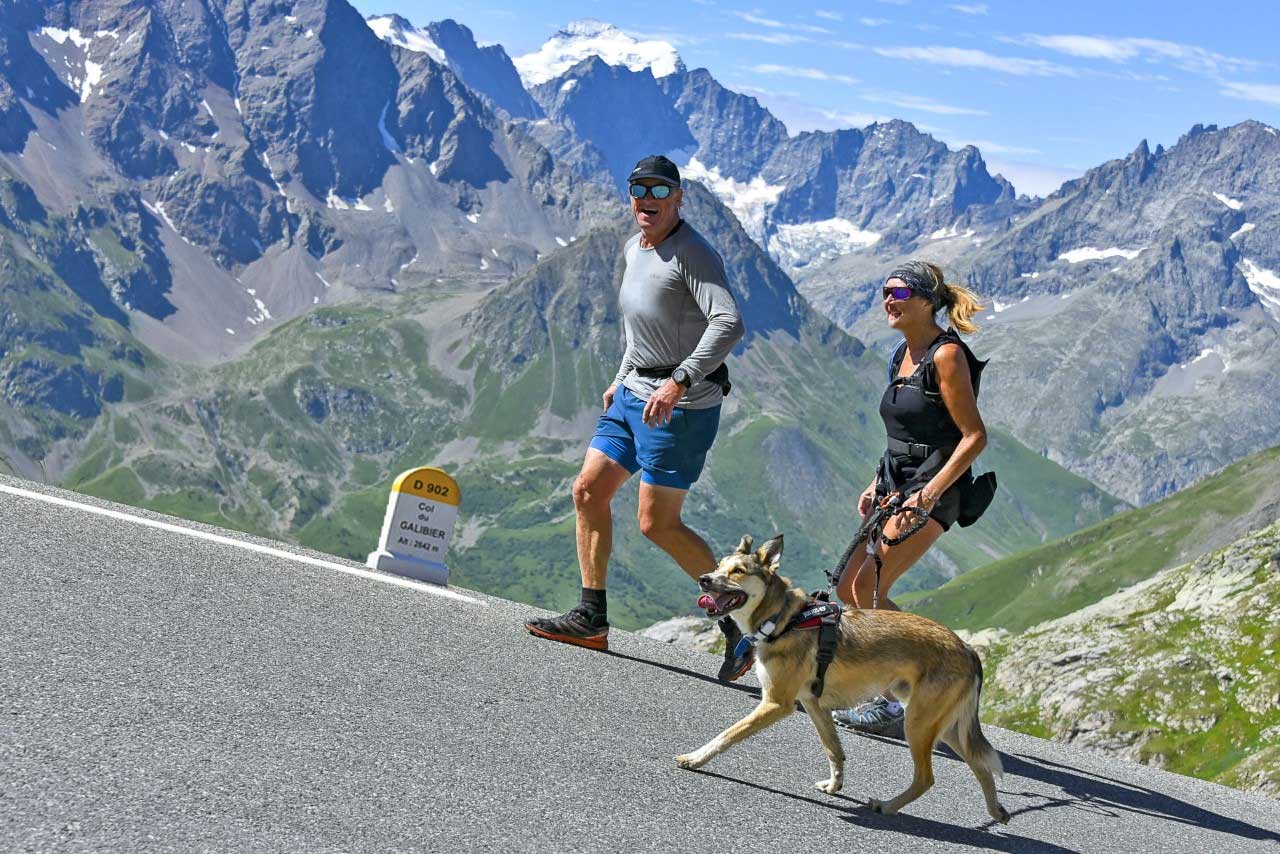 It's our annual ascent challenge, running up the The Big Three: Galibier, Granon and Izoard, often dog(s) included. This week we ticked off Galibier...

When running here in the mountains, the only way is up. Even the road in the valley has a steady incline so one way  you're always going up the hill.

But there's running up an incline, and then there's slogging up the famous cols around Serre Chevalier. They're well known among cyclists, and often included in the Tour de France stages, but col-bagging is not an objective for most runners.

However, they are here surrounding Serre Chevalier so, every year, I have this mission to do the Big Three: Galibier, Izoard and Granon. Fortunately I still have my own knees and they're not giving me gyp, a blessing that I attribute to the fact that I've been running regularly for years. I believe that it's not running that knackers your knees, it's only when you stop that they deteriorate.

Timing is everything for doing the cols. Since early June the weather has been sweltering even in the mountains, it's only in the past few days that the storms have arrived and the temperatures cooled to 20C or less. This is why the plan was to go up Galibier, this week, accompanied by Gav who's done all the cols many, many times on two wheels but sometimes has a slightly dodgy knee running (see, he doesn't run enough!).

Traffic is less of a concern for doing the Col du Galibier as we run up the L'Ancienne Route, which is the old road, now a trail, with only just over a kilometre on the road to do up from the tunnel. We left at 9am, debating whether we needed an extra layer as the weather was much cooler, around 16C, and can be positively chilly at the col, over 1200m higher up than our apartment.

As it's a trail we decided to take Ullr, our Husky cross, using our bungee leash and waist harness (it's sadly too much for our hardy little Jacks, who have bagged many a col with us both running and ski touring, but are now 9 and 12 years old).  I won the prize to wear the harness going up, giving me the bonus of Ullr, known as Ullr the Puller, for the climb. However, as he is young, he often lacks concentration and can spend more time hooning around staring at cows and wanting to chase marmot whistles, than pulling up the hill like a proper Husky.

But we made good time, even stopping at the many streams in case he needed water (he didn't). Just before the road section, we were joined by a black and white sheep dog, who didn't appear to belong to anyone or even the gite by the tunnel. He happily fell in with us, gamboling ahead up the road, right in front of cyclists, motorbikes and cars. They all glared - and some even gesticulated - at us for having an out of control hound but like, Peter Sellers, we had to call out 'Eez not my dog'. 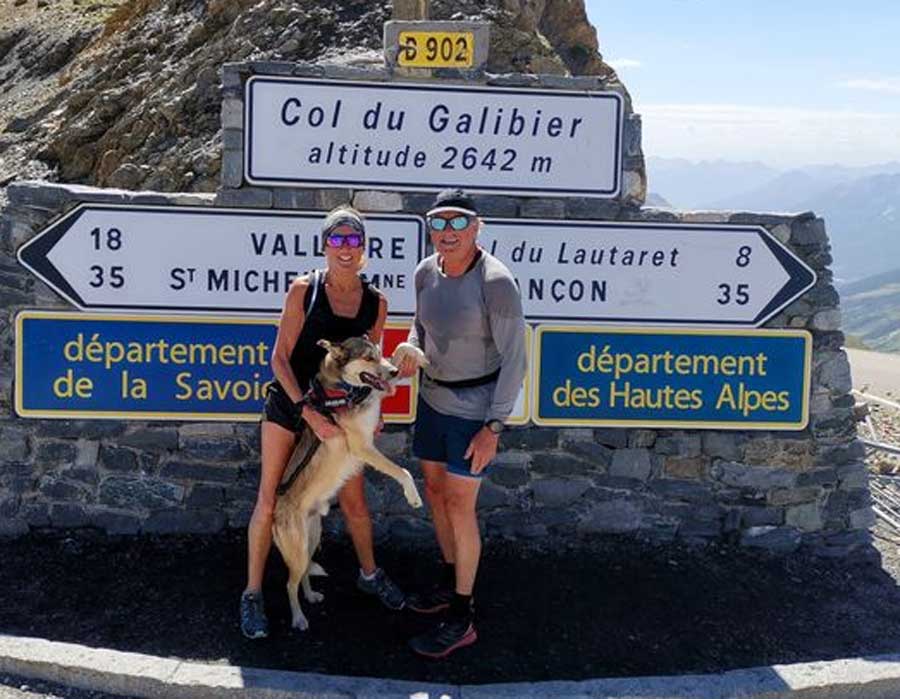 It took just over an hour to reach the col, a distance of 6.5k up and 663m from the parking spot just before the Col du Lautaret. Coming down was a lot faster, of course. This time I gave Gav the pleasure of having Ullr and his bungee lead, because going downhill with an over eager hound can mean going faster out of your comfort zone on the rough trail and potentially stacking it (as I did in Spain a couple of weeks ago).

That's Galibier done, which I have now bagged for the 10th time. So we have the rather hard Izoard and the gruesome Granon to go. Both these cols have 'cols réservés' days, when they are closed to traffic, the first week of July although it'd be crazy - and slightly over stretching - to run them back to back. The Izoard is better when there are none of the many cars or motorbikes cutting the corners and going over the col, so it looks like it's going to be the Granon next week, whcih always has less traffic as the road only goes to the top, if we can time it between some pretty stormy looking days.