IN A BUBBLE WITH...AIMEE FULLER AND JAMIE NICHOLLS 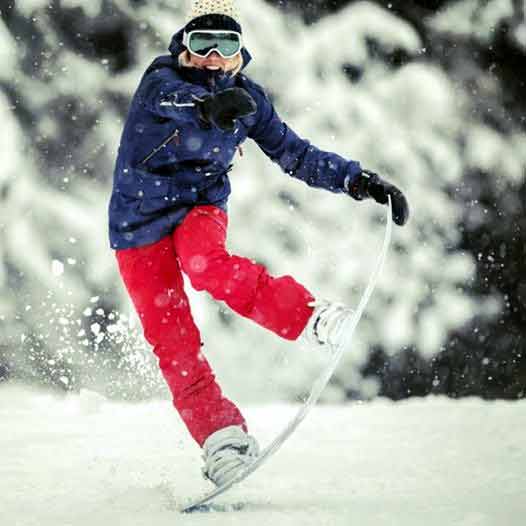 We have just 10 minutes to interview pro-riders, Aimee Fuller and Jamie Nicholls at The Ski And Snowboard Show. It's like sitting in a bubble or gondola lift knowing that we have their undivided attention but only to the top of the hill. So we get up close and quite personal with 10 quick fire questions.

First up, AIMEE FULLER, British Slopestyle Snowboarder, 23, who represented GB at Sochi. In the lift with Siggy Baylis... 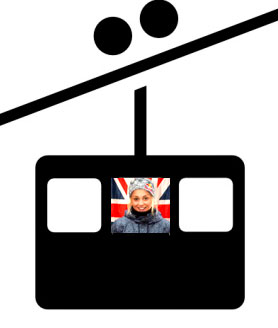 What has been the highlight of your riding career?

Probably walking into the opening ceremony in Sochi; that just really brought it all home. It was like woah snowboarding for fun, this has kind of changed now.

What's your favourite track to ride to?

Timber by Pitball and Kesha. In the lead up to the Olympics we had the funniest time dancing to that song on the way up the mountain, I have just got good memories from that song.

Where would we find you on a rest day in the mountains? What would you be doing?

Probably cruising with The Jones (Jenny) to some sort of posh coffee shop to get some sort of healthy juice drink. Or on a mission to find a nice breakfast or making some healthy pancakes. I like my good food.

What has been your scariest riding moment to date?

Catching my edge on a kicker.. no no no doing a backflip but doing it too slowly and landing on my stomach on a 20m  jump like a penguin sliding down the landing,  It was more scary than painful, It was just a complete shock.

Do you have a philosophy, ritual or lucky charm?

I'm pretty bad for rituals and things, I have lucky socks, I have to sleep in my competition bib and, everytime I go away, my mum writes me a little note and she puts it somewhere, so it will be in my snowboard bag pocket, or in a glove and I'll find it.

So many times I have dropped this note and people have been like 'ahah' and they think it’s a love note; so it's pretty funny.

Oh God, in America I love a sweet potato burrito; that’s really good. Or some nachos from a Mexican joint. When I'm in the mountains and cooking, I love just making real nice pancakes. I'm obsessed with nut butter and I, like, spread it on pretty much everything; it's better than peanut butter.  Also, blueberry, banana, greek yoghurt. I could do with that right now actually.

What would be your superpower?

I would be invincible, because then I could just do anything, I could fly if I wanted to because I wouldn’t die. I could throw myself off kickers and I wouldn’t get hurt.

Describe your style of riding?

I'd say it's quite progressive; fast. Sometimes I need to slow down a little bit, but I like the ‘go big or go home’ attitude. Progressive and aggressive.

Where do you see yourself in five years?

In five years, I would like to see myself sitting in the same position in one piece after having completed another Olympics. And, in 10 years, I’d like to be presenting Ski Sunday.

JAMIE NICHOLLS, British Slopestyle Snowboarder, 21, who represented GB at Sochi, finishing 6th in the Men's Slopestyle Final. In the lift (when he's not jumping over one) with Phoebe Comber... 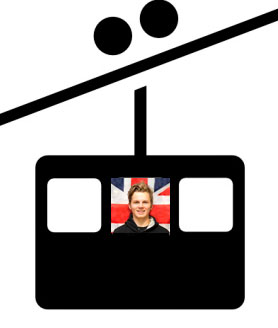 Wearing (fave kit): I'm normally riding in a hoodie, my Nike boots, my Salomon snowboard, Salomon bindings, my Sandbox helmet,  Nike goggles, got my gloves on.

What has been the highlight of your riding career?

Well, getting to the Olympics was pretty big; a new experience that’s for sure. I really enjoyed it;  it was one of those things where I didn’t really know what to expect till I got there. But, yeah, it was actually quite chilled to be honest.  We were kept in the Olympic village, which was very quiet - just the athletes, no media were allowed in so you didn’t feel like you were getting attacked by people, you know? Obviously when you go to compete it's just like a whole new experience, so it was really good.

What's your favourite track to ride to?

Skinny. Well, you don’t wear baggy jeans in the street do ya?

Where would we find you on a rest day in the mountains? What would you be doing?

I would probably be just chilling out, Probably go to the gym or for a run, something like that. Play a bit of football or go skateboarding.  If I'm really tired I'll just chill at home, watch TV or something. During The Olympics I did a lot of drawing, Also, I took my ukulele with me and was just messing about on that, I mean when you are actually there, there is not much else to do other than eat and stay in your room, I guess, and practice when you needed to. Just like drawing, sleeping and eating; saving my energy for when I was on the course.

What has been your scariest riding moment to date?

I think when  I overshot a hit; a hit is like a big jump when you are landing on the side. So I overshot that completely and nearly blew my ACL.  I remember being up in the air and just thinking I had gone too big and I had to think about what I was going to do to get out of it, so I did like a roll at the end.  But I thought I had blown my knee. In fact, from the height I was at, I thought I was going to do my back in as well, so it was quite scary at that point up in the air. That was filming in America. 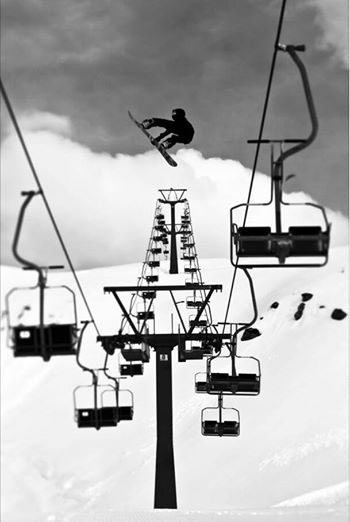 Do you have a philosophy, ritual or lucky charm?

No, I'm not really into that stuff. I try to listen to a bit of chilled music before I go ride. Actually, I always touch wood for some reason, So you know when you are like ‘ I hope I don’t hurt myself, touch wood’. That kind of thing.

Chocolate cake, melted. Or apple crumble, as well. That’s a big one. Or apple strudel, sticky toffee pudding, I can cook that pretty good. That reminds me of home like when you go to your gran's for Sunday dinner.

What would be your superpower?

I don’t think I would want a superpower, I wouldn’t really care.

Describe your style of riding?

My style of riding is probably quite chilled. When I ride I probably don’t look like I try very hard.  Kind of relaxed, effortless, lazy style.

Where do you see yourself in five years?

Probably like two times Olympian in five years time, having done many successful filming projects. I want to do a film project that gets more than a million views.