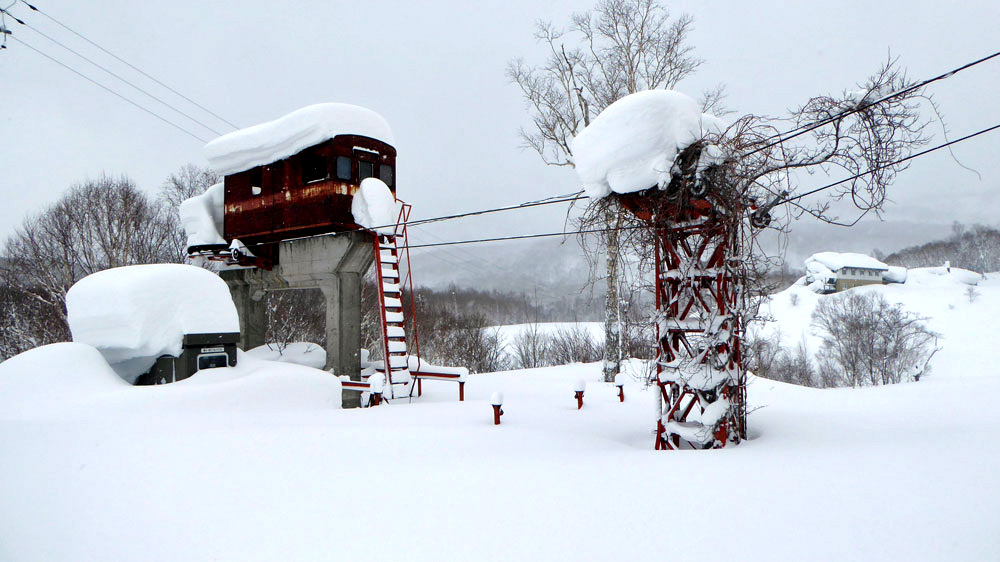 It wasn't so much backcountry as old country, going up via a Cat with four guides to ski waist deep powder on Weiss Mountain, an abandoned resort 20 minutes outside Niseko...

Yesterday we had our own private ski resort at Weiss Mountain about 20 minutes outside Niseko which last heard the sound of ski lifts 18 years ago. It might have been a bit of a problem had we not had a Cat snow plough to take us to the top and pick up to do seven laps of waist deep powder throughout the day. 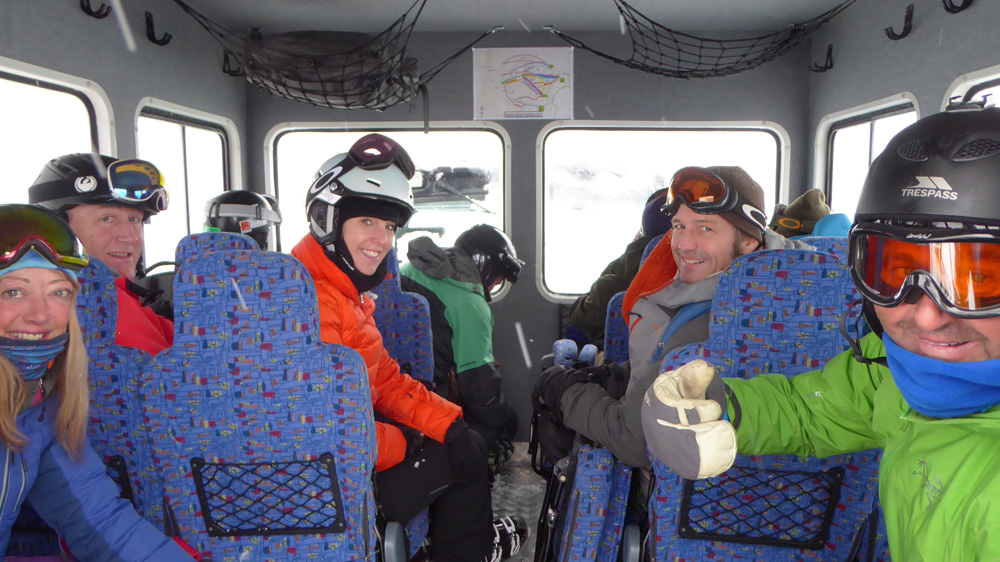 The cat skiing crew which included four guides take up to 12 people per day. We had 11 including three snowboarders and six of us. It had snowed oh prpbably a metre since the day before and was still bucketing down when we were collected at 08.00 so the visibility wasn't the best. At the top there was a quick briefing about terrain and the lead guide disappeared into the ether heading down the first pitch which was so mellow it made you realise that there IS such a thing as too much pow when you need to get some speed up.

We did four laps in the morning with steeper lines, doing the old pistes and through trees. 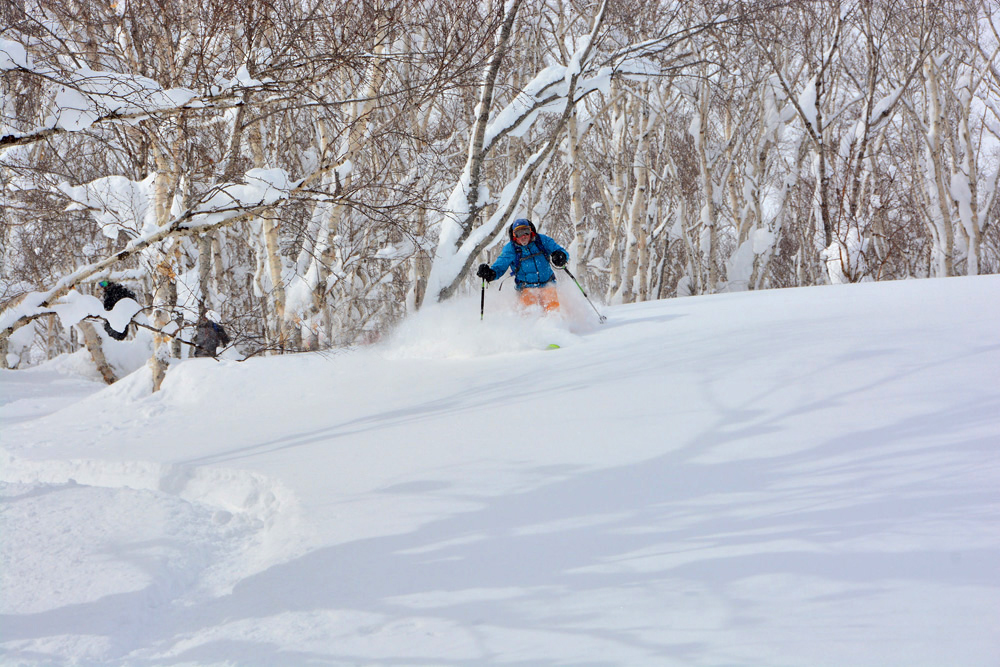 We stopped for lunch in a hotel, bizarrely in the middle of nowhere and had bento boxes of amazing Japanese food. 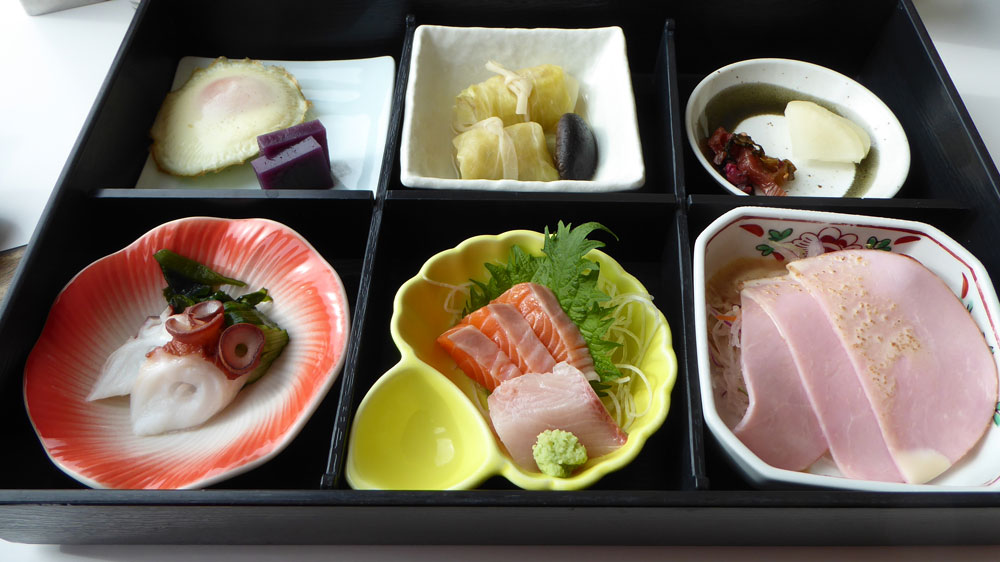 Then we saddled up to do three more runs in the afternoon with the vis getting so bad with strong winds that the last two pitches started further down. Finally, we had a brief break in the cloud for the last run down at around 15.00. 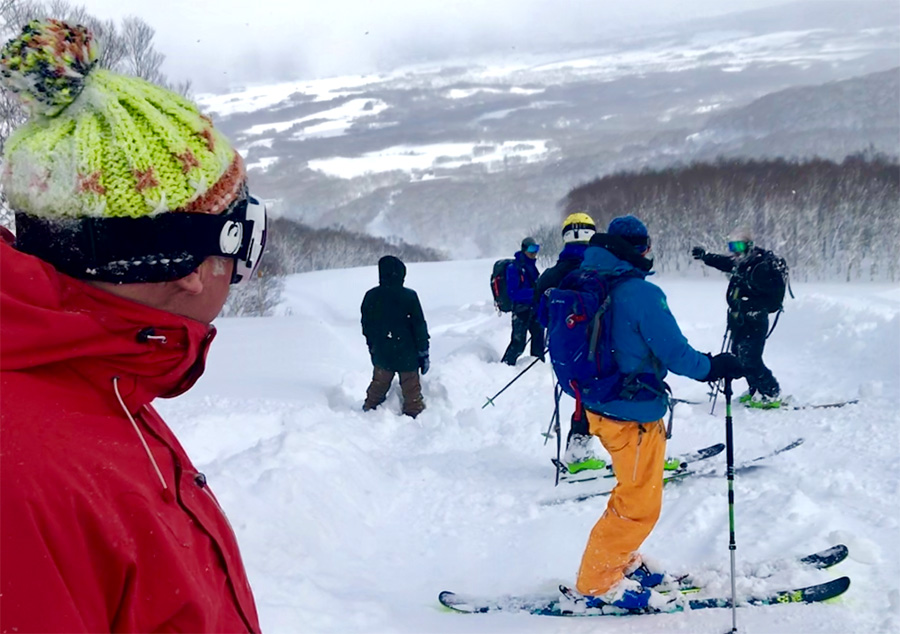 It was not so much backcountry as old country and a pretty amazing way to access powder without getting into a heli which, let's face it, would be impossible in the constant low vis and falling snow. Plus it's significantly cheaper. Cat skiing, also, has all the benefits of ski touring as in getting away from the hordes, without that uphill slog. A win win. 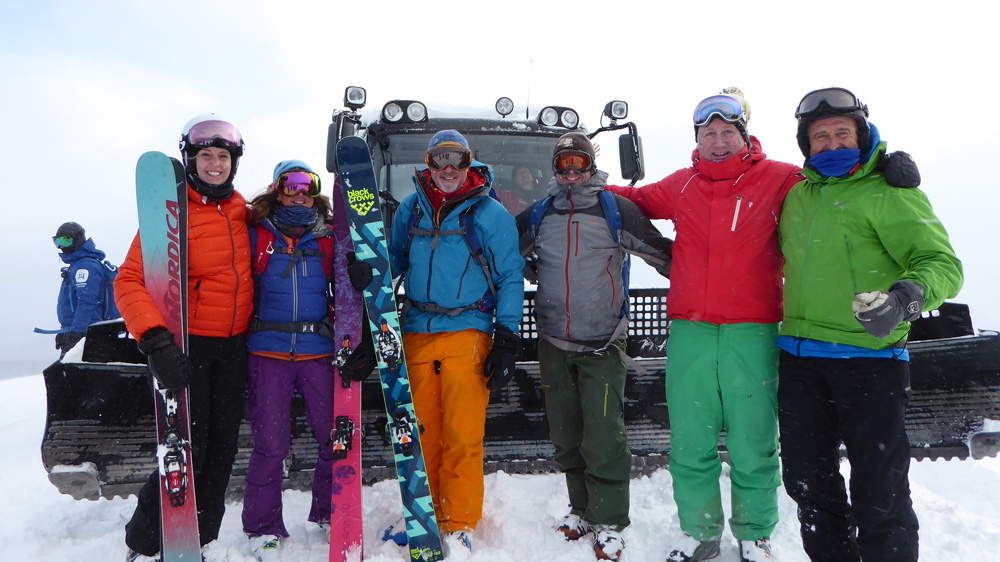 With thanks to Ski Safari for brilliant travel and accommodation arrangements for our 10 day trip to Niseko.