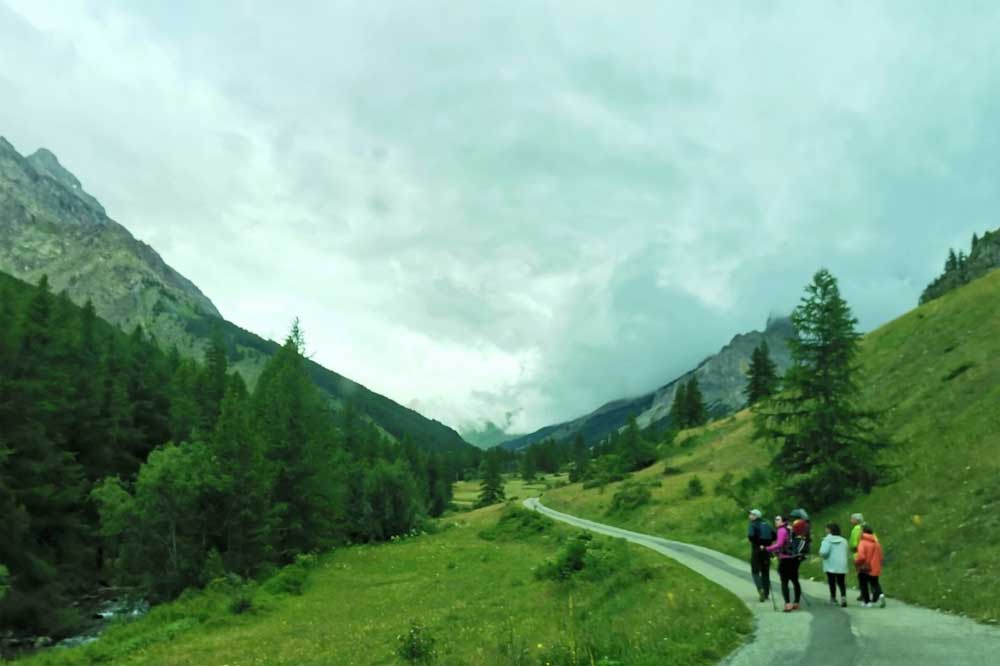 Yesterday, we got a weather warning, here in Serre Chevalier. A chilling reminder that mountain weather is unpredictable and can be brutal

One day it's sunny and warm, the next it's cold and wet. That's what we expect here in the mountains. In fact, the weather can change drastically during the day, and from one valley to the next. It can be cloudless in the morning and raining a hooley in the afternoon. A bluebird when you set off ski touring, but a blizzard by midday. It's why we always check the forecasts and take extra layers - even just to walk the dogs.

It's now mid-July and any 7-day forecast will show a mixture of sun, cloud and thunderstorms with temperatures, at their warmest, from 16C to 26C. So fairly typical mountain weather.

Cycling is best planned for the morning as rain often builds up in the afternoon. Walking is most enjoyable in the sun. Running is preferable in the cooler temperatures. Therefore, yesterday, with a cloudy, cool day forecast, the plan was to run from our HQ in La Salle les Alpes to the Col du Lautaret, a distance of 18km with 680m vertical, with the incentive of lunch at Fred's at the col and return in the van that Gav left there in the morning before cycling back. The route that we planned is a direct line via trail so we estimated that two and a half hours would give us plenty of time to arrive at 1.00pm.

We set off at 10.30am. It was cloudy, around 15C with the forecast for similar for the rest of the day, so nothing to worry about for two or three hours. I decided the less kit the better for such a long slog, so I wore a sleeveless running top and shorts carrying a small hydration vest pack for water and a waistbelt for my mobile. I tossed up whether to stuff a lightweight hoody in my pack but thought, nah, I didn't need it as I had a change of warmer clothes in the van at the col.

We did notice a bit of a breeze in our faces as we set off, heading up the valley but soon we were warmed up, going at a decent 6/km pace. But as we started to climb towards the col, the wind increased and the temperature plummeted. The col disappeared in cloud and any intrepid walkers were wrapped up in winter gear (main image).

For the last 2km, which are the steepest, my arms and legs were like ice and my fingers were going numb.  A fine but freezing cold drizzle soaked my vest, further chilled by the wind. There was no choice but to keep going. Now hyperthermia was quite a few degrees away, but had I stumbled on the very rocky ground and twisted an ankle, I wouldn't like to bet on how long before the cold could have become serious.

So, yep, the mountains are calling but sometimes it's a siren call that can make us forget the dangers - and to pack that extra layer.