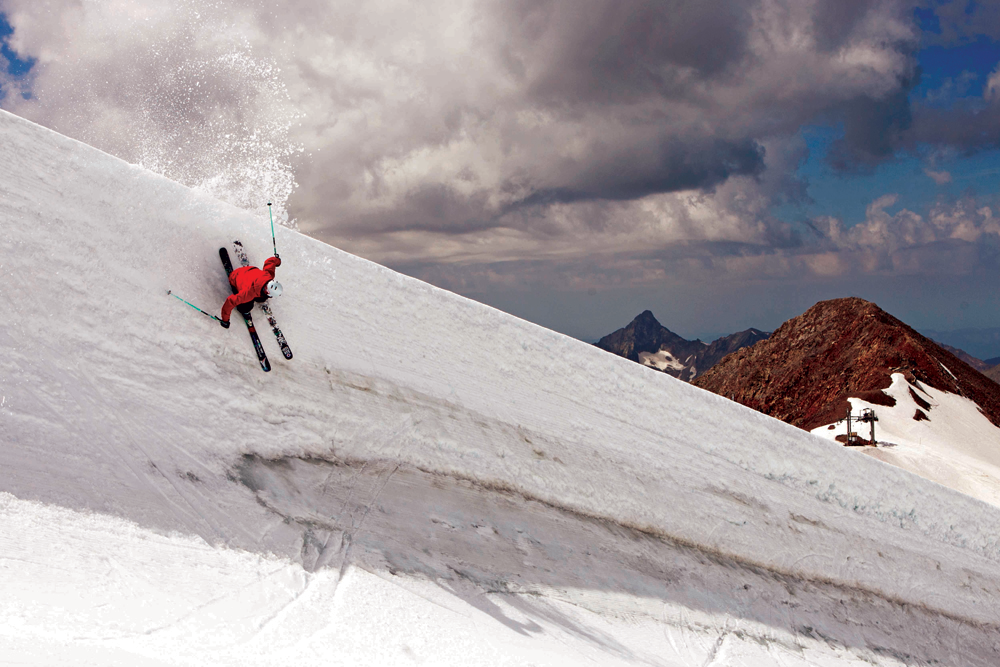 Style Altitude caught up with one of the best and most stylish riders on the British Freestyle ski scene: James ‘Webbo’ Webb

'To do a dull thing with style is preferable to doing a dangerous thing without it'. James Webb explains himself - and talks style - to Loulou Baylis

You said 'to do a dull thing with style is preferable to doing a dangerous thing without it' was your favourite quote in an interview from 2006. Although this is from a while ago, where did you find the quote, and what does it mean to you? Does it mean the same now as it did back then?

This is really interesting actually because this quote comes from Richard Taylor, a professional roller blader who tried his hand at skiing and won the British Champs on his first attempt. Sadly, Richard died back in 2004, (a skating accident in his home town), and since I said that this was my favourite quote I have become really good friends with his brother Robert. Rob has told me a lot about Richard and he’s a big inspiration to me and a lot of other people on the ski scene.

Now, I do still agree with this quote, yet, I would re-word it slightly after some experiences with his brother Rob. Rob does a lot of pretty crazy, (and some would call dangerous), stuff and he has got me involved once or twice. One time, this involved cliff jumping in Wales into an old asbestos quarry. Now, this would obviously qualify as dangerous - and I did it without any style at all. However, it was a LOT of fun. Therefore I would re-word this to something more like:  'to do an easy thing with style is preferable to doing a difficult thing without it'.

What does ‘stylish skiing’ mean to you and how would you define it?

To me stylish skiing is making it look smooth and easy. There are lots of different styles out there but as long as a trick, no matter how technical, is executed with what appears to be little effort and no jerkiness then that’s stylish skiing.

How would you describe your style of skiing?

I just try to be relaxed and not take on anyone else’s style. I just do what feels right at the time and hope that it looks good! If it feels good then that’s good enough for me.

How has your skiing evolved from when you first started?

When I first started skiing it was just a once a year proper punter kind of thing. I really enjoyed it but it was just a hobby that my dad suggested. Then I started to progress into more focused types of skiing like racing and freestyle. Racing really helped my performance skiing and freestyle helped my confidence. Then it all became about Freestyle! I went to my first competition at Sheffield ski village (maybe 2002) and met all the guys and girls on this scene and this pushed me forward to learn loads of new tricks.

Then it got a little more serious, but still fun. I was competing at a higher level, winning the British champs in 2008 and training with the GB team. Sponsors as well made it a far more substantial past time and it quickly took over most of my life. So what started as a once a year hobby in a matter of five years or so became what everything revolves around. 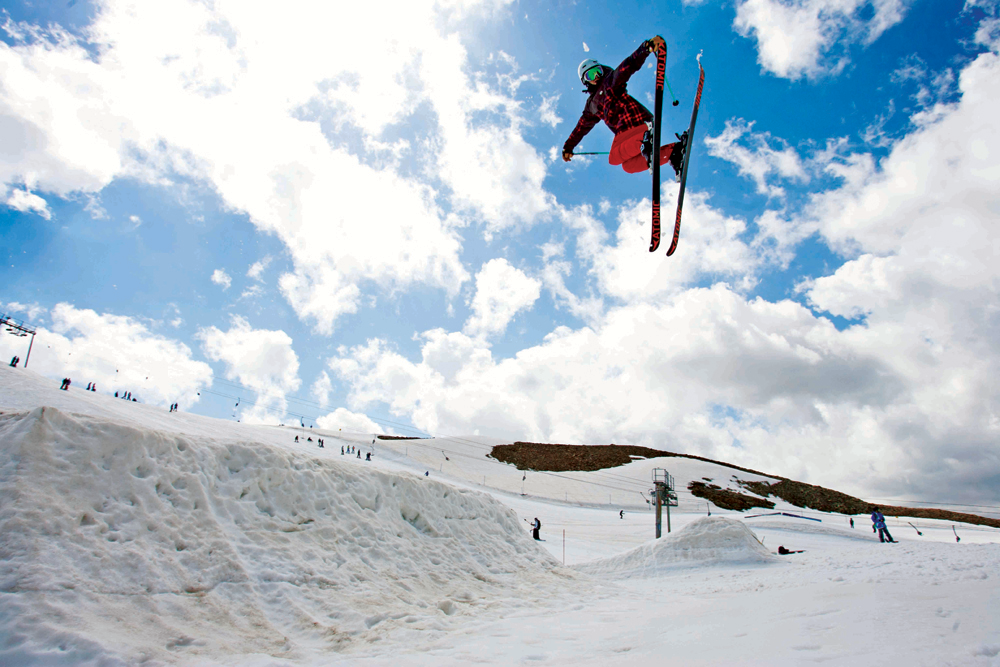 Can anyone learn good style – or do you need natural ability?

I think if you put in the hard work and really commit then anyone can learn anything. A natural ability can obviously help, like decent balance, a good spatial awareness or a background in gymnastics or other sports.

Watching other people ski, what makes you cringe? Any bad habits you see?

I hate it when people try to take on a style. Like when they’re trying to be really gangster and trying to 'afterbang' everything. It looks so unnatural if you try to force it. Riders should find their own style.

Whose skiing style do you admire the most?

There are lots of skiers who I admire for their style, Tom Wallisch, Henrik Harlaut, Gus Kentworthy, Bobby Brown, Russ Henshaw. They all have a distinctive style and land everything clean.

Do you think women differ in style ie ride differently to men? If so, why?

As in a lot of sports, there is a difference in men and women, purely because of how we differ in build. But right now, the women are pushing hard and progressing really fast.

What’s your favourite discipline: Big Air, Slopestyle or Half Pipe?

My favourite discipline is definitely Slopestyle. It is the most free of the disciplines and allows for a lot of creativity and different styles. I don’t have anything against the other disciplines at all though. The last few years I have been training with the British Halfpipe team and taking part in World Cups and aiming for the Winter Olympics. However, after an injury last winter I am going back to my Slopestyle roots.

How is Freestyle affecting how people ski?  What’s its influence on kids learning to ski now?

As Freestyle is seen as the newer cooler way to ski, some kids now start skiing with a view to getting straight into Freestyle. This in itself is not a bad thing, but they are sometimes too eager and forget, or miss out on, the fundamentals. Therefore, you end up with kids who can ride a rail or do a 360 but can barely ski a red run. So I am all for a kid wanting to get into this sport, but it’s important to actually learn how to ski first.

Many athletes now have learnt on dry slopes and snow centres – are they learning a different style? Is there a new style of skiing that’s emerging?

I don’t think this is anything new, but it can dictate what a person is good at. For example, a kid that rides Castleford Xscape might be really good on rails, as this is what they specialise in and a kid from Halifax, where all they really have is a kicker, will be decent in the air. The only thing that changes the style is if skiers have never been abroad. Then, they won’t have learnt how to ride big lines and ski really well so this could affect their style.

What is the future for skiing style? Will the Olympics push the Freestyle skiing circuit?

This sport is growing all the time, but what has held it back is a lack of funding, media and acknowledgment. With Slopestyle and Halfpipe in the Olympics it can only help with all of these issues. It is already getting a lot more press especially with our medal potential in James Woods. 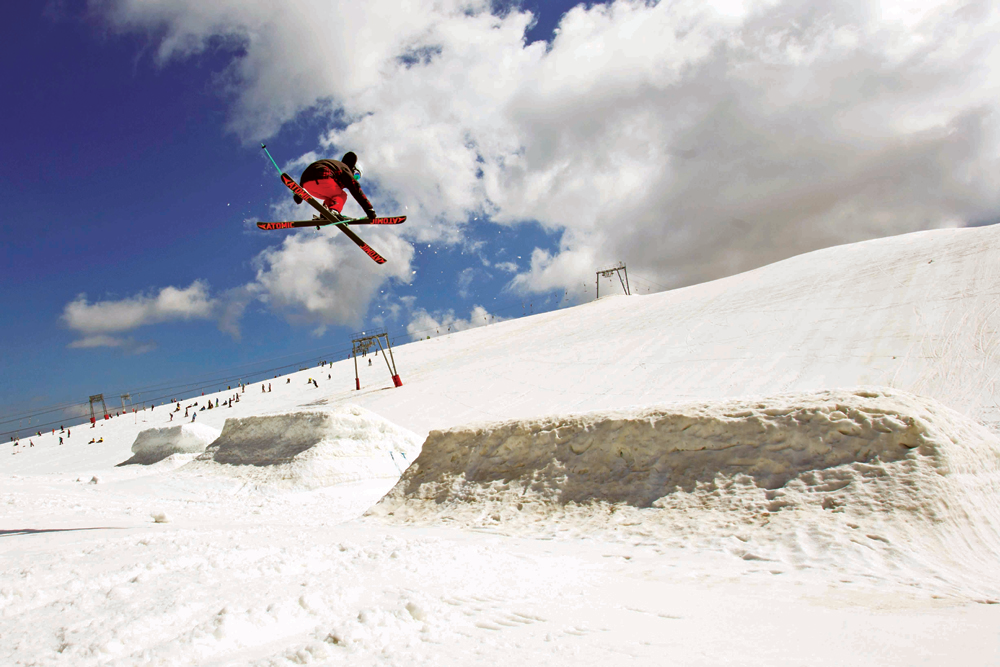 Where’s your favourite place to ride?

My favourite place to ride is Breckenridge, Colorado. The parks are always perfectly maintained and some of the best in the world. The kickers are awesome, the rails are always changing and creative and the halfpipe is massive. It’s also a really chilled town with decent restaurants and bars. Not to mention the best gym I’ve ever used.

Have you ever taught anyone to ski and how did it go?

I worked as a ski instructor at Bracknell dryslope for years and I now coach the Southern Freestyle Club. I like to think it goes well. I love coaching and I generally get a really positive response from the kids and the parents.

What brands do you wear on the hill?