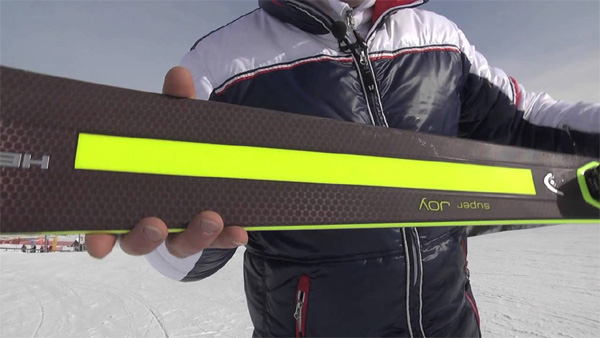 This is our pick of what's game changing on the market for winter 15/16. Performance and/or style wise, we figure they'll potentially change the way you look and ride in the future.

This is our pick of what's game changing on the market for winter 15/16. Performance and/or style wise, we figure they'll potentially change the way you look and ride in the future. 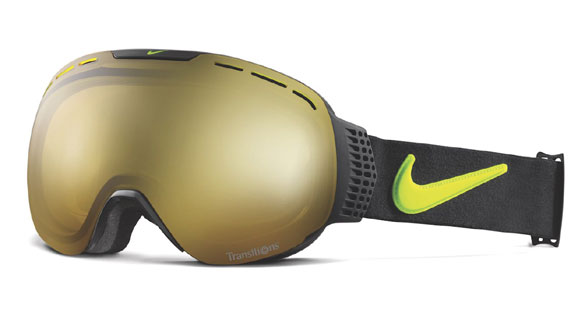 No more fiddling around changing lens because Nike Vision and Transitions Optical have created snow goggles with an adaptive lens which automatically changes tint in response to different light conditions. The Transitions light adaptive goggle lens conveniently adjusts its tint from a high definition yellow in low light to a comfortable, contrast enhancing dark grey in bright light. Approx £250 from www.transitions.com and www.ellis-brigham.com 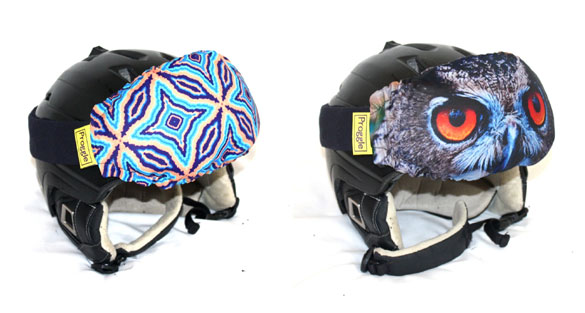 Now you don't want your super cool goggles getting scratched while on your helmet that's rattling around in the back of the car or skidding off the bar at apres. So you need Proggles, protective covers, brainchild of Morzine seasonaire, S J Service, who, as a transfer driver and, because of the above situations scratching her precious lens, decided to take preventative measures. Proggles are designed to fit all goggles and can be kept on at all times when you are not wearing them. They come in a range of original photo imagery including graphic patterns, psychedelic swirls and predator birds' eyes. £15 each. www.theproggle.com

One Friday, in 2004, two researchers at The University of Manchester, Prof Andre Geim and Prof Kostya Novoselov, removed some flakes from a lump of bulk graphite with sticky tape. They noticed some flakes were thinner than others. By separating the graphite fragments repeatedly they managed to create flakes which were just one atom thick. They had isolated graphene for the first time. And 11 years later, you can ski on it. While other manufacturers are extolling the virtues of carbon, HEAD has introduced this Nobel Prize winning material, harnessing its properties as the strongest, lightest and thinnest super material known to mankind, lighter than wood and metal, harder than diamond and 300 times stonger than steel, thus reducing weight but enhancing the strength to create lightness, control and balance for their women's JOY range (Super Joy above), from £305, www.ellisbrigham.com  and www.snowandrock.com 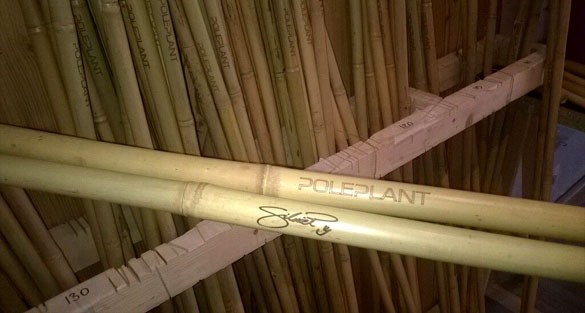 Why would you want a bamboo ski pole? Well, not only is bamboo the fastest growing renewable resource on the planet - some species grow almost a metre per day - and absorbs significantly more carbon dioxide and produces more oxygen than any other plant, helping us fight the greenhouse gases that are melting our snow and glaciers but, also, bamboo poles are, at least, twice as strong as traditional aluminium poles under constant load.  And, with natural flex, they are even better when it comes to quick impacts. Made in Europe for the first time, this season, every pole is handcrafted in Tignes by Poleplant. What's not to love? Ok, we hear you say, what about collapsible ones for ski touring? Hard as it might seem to create ones that fit inside each other because bamboo doesn't grow perfectly straight, we're confidently told by Gabriele Nicotra of Poleplant, that they're coming soon. From £65 from www.poleplant.com 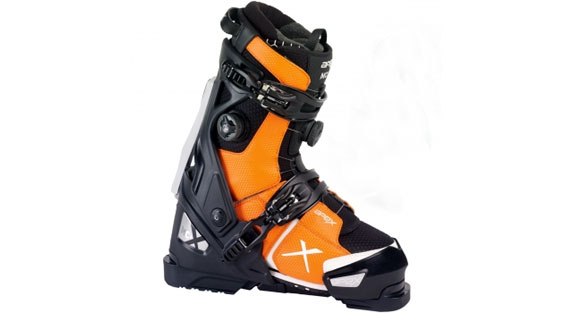 If you're a skier, you must have always envied the way that snowboarders mooch around in their boots as if they were slippers? Well, now Apex have evened things up with their new two-in-one boot featuring a heat moldable custom fit liner that has a boa closure system that you can walk (and even snowboard) in. Then step into an open chassis ski boot that fits on with two clips, et voila, you're all set to ski. According to Steve Wells of Ellis Brigham, the Apex is the key game changer in the boot market because this is serious performance kit designed for good skiers who demand a stiff yet responsive downhill boot. From £520 at www.ellis-brigham.com 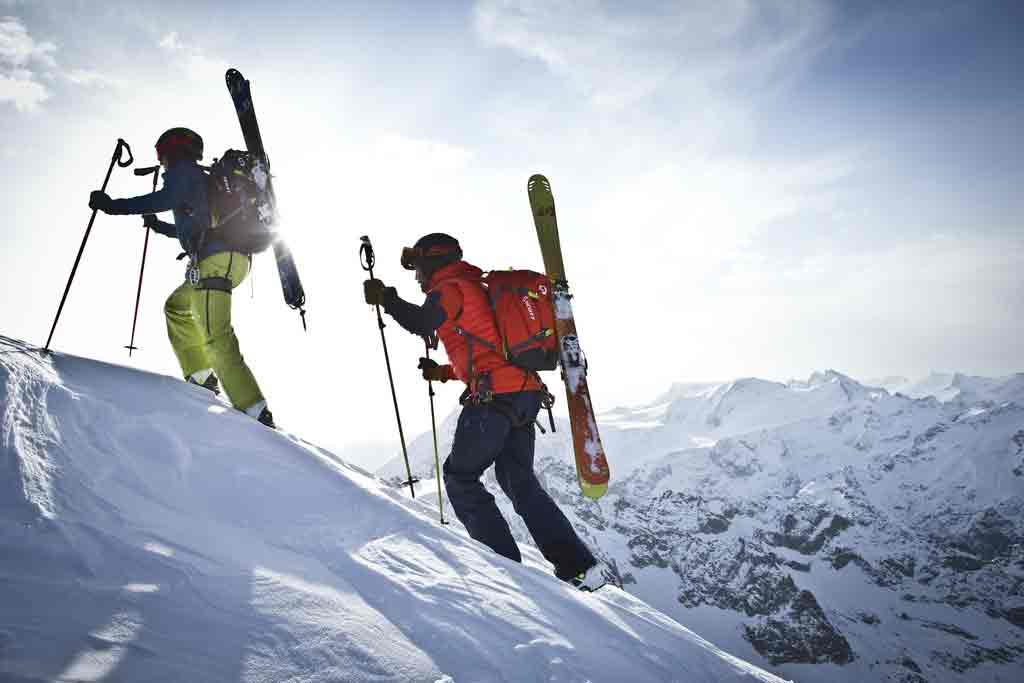 They were launched last season, but are such game changers for ski touring that we have to include the SCOTT Alpride avalanche bags for this winter. The Holy Grail of ski touring is an airbag that carries your board or skis, layers, snacks, first aid, etc but which doesn't feel like a ton of coal on your back. SCOTT have nailed it with the Alpride, the lightest inflation system on the market. They, also, use standard lifejacket cartridges so no hassle when travelling on planes. Other key features are the diagonal ski and ice axe carry systems, goggle and avalanche kit pockets. From £500 ready to ride (inc cartridge). www.snowandrock.com 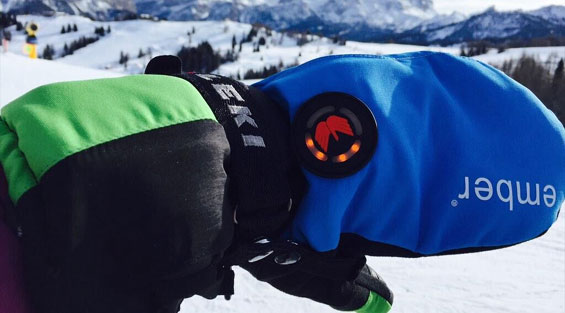 It's certainly not a new idea to have central heated gloves but, until now, they've darn near cost the same as a week's ski holiday. So here's a shout out for Ember gloves created by Erica Connor, long term suffer of freezing hands syndrome. These gloves have more tech features than you can count on one hand, including innovative heat technology and functionality with an easy control four-setting heating system, designed to circulate warmth even into your fingers. They are also crowd pleasers, style-wise, featuring graphics and hot colours for both mitts and finger gloves. £198. from www.emberwear.co.uk 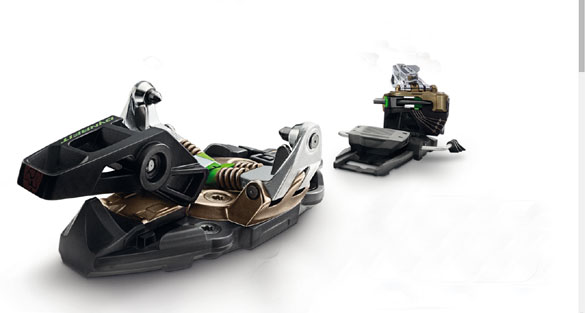 Finally, Dynafit have launched their new lighter, frameless touring binding with pivoting toe piece for extra security on the descent. After a blip in production, last winter, because of safety tests, Dynafit now offer the TLT Radical FT 2.0 binding, the next generation of the Radical FT. Significantly passing all safety realease evaluations, the TÜV testing procedure including more than 40 specific laboratory tests, plus field testing over three days, so it has the highest level of safety certification. This guarantees the touring binding’s release properties as appropriate for a descent-oriented binding.They may not be the first to have toe release on backcountry bindings, but there's no doubt that die-hard Dynafit aficionados will step into nothing else. Around £350. www.dynafit.com 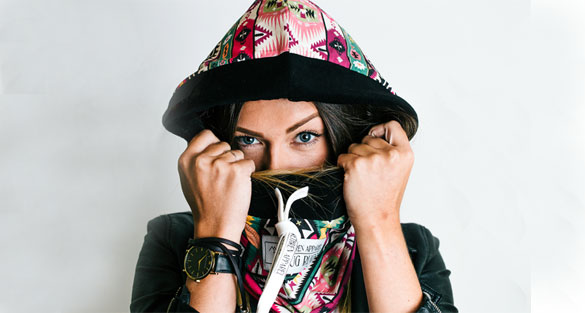 Wear it over or under your helmet, for apres, for anytime you need a warm neck and a cool look. Although, the Thug Rug was launched, last season, by brother and sister duo. Aisling and Chris Kyte of Brethren Apparel and is not, technically, new we believe that this winter it's set to be THE style game changer. Combining fleece and vibrant patterns with pull cord adjuster for a snug fit, the Thug Rug is. without doubt, the Neck's Big Thing. £35. www.brethren-apparel.com 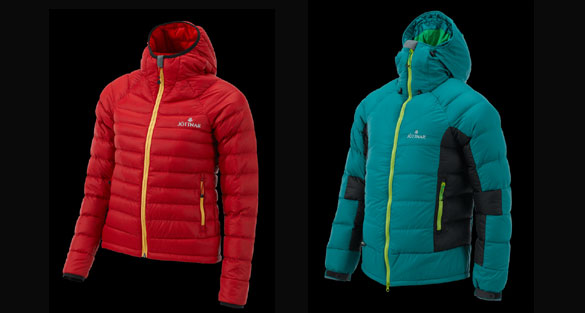 Who doesn't have a down jacket for the mountains? Warm and snug, huh? Until snow, rain, sweat comes along and deflates the pockets of air so no more insulating down. But now we have DownTek™ water repellent down that shields those insulating air -trapping clusters from all wet things. It absorbs 30% less water than untreated down, dries 60% faster and retains significantly more loft after exposure to moisture. Another key point (bear with us on the science bit) is that the hydrophobic properties of DownTek are applied at the nano level via vapour, instead of via a wash-in bath technique as per all other hydrophobic application methods. And you don't have to be a scientist to know that the latter isn't permanent and it increases the chances of harmful pollutants entering water systems, whereas DownTek treatment is permanent, does not wash out and is free of harmful fluorocarbons. Tech savvy ski apparel manufacturers including, Jottnar in the UK, are now using  DownTek™ to provide the best down jackets on the market. Above, women's Fenrir jacket, left, £200 and men's Fjorm jacket, right, £295, stuffed with Hydrophobic 850 Fill Power grey goose down, with water repellent applied via nano-technology from DownTek™.  www.jottnar.com