Finding The Line, a Ski Film About Conquering Fear 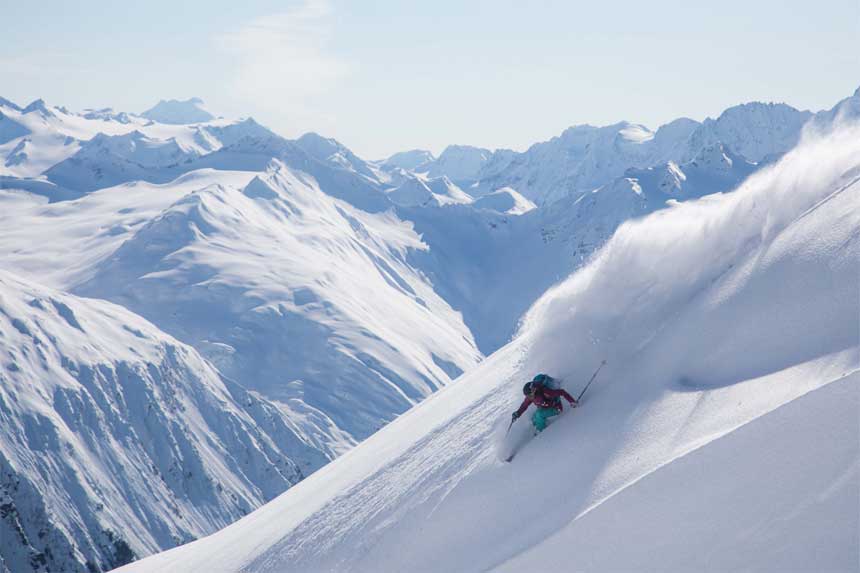 Ever have that gut-wrenching fear when you're skiing or snowboarding? Yep, even the best pro-riders have it. Watch Finding The Line to help conquer that fear.

You would think that two sisters, one an Olympian slopestyle skier and the other a big mountain skier on the Freeride World Tour would know no fear. Right? Wrong. Knowing what it's like to feel fear following an injury, an avalanche scare or just because of a voice in your head that says 'stop' is the reason they made Finding The Line. Fear while skiing or snowboarding can be facing a red run if you're a beginner - or an icy couloir if you're advanced. Either way it can be paralysing. Or it can be energising. Finding The Line is a film about fear, it’s paralysing grip and how Anna and Nat Segal use their skiing to understand and deal with it.

We caught up with Nat ahead of the UK Premiere of Finding The Line, screened as part of the Four Seasons Film Festival, at the Charlotte Street Hotel in London on Friday 22nd March.

What was your biggest motivation to make Finding the Line?

Finding The Line was motivated by a dream both Anna and I had to make a ski movie together. Our ski careers had led us in different directions. However, following Anna’s retirement from competitive slopestyle skiing and her dream to start skiing in the backcountry we saw it was the perfect time to collaborate.

Initially the film was going to be about our relationship as sisters, mentoring each other and skill sharing. While the start of the film focuses on this, during our first shoot we started discussing deeper themes including fear – something that we both recognised had held us back in skiing and life.

Sharing our experience battling with fear as well as interviewing other people about fear became our biggest goal. We want our audience to reflect on what they're afraid of, not superficially, but deep down. We believe that understanding your fears is the best way for people to progress in what they want to achieve in life. Realising this was a huge inspiration for making the film (trailer below).

Finding The Line Trailer from Birds of A Feather

How does Finding the Line differ from traditional ski fims?

Finding The Line is a documentary film. While there is a load of action, thrills and spills, we focused on telling the story through raw interviews with characters and behind the scenes moments. We made the film to be shared with a wide audience, not just the core ski industry, so that anyone could watch it, enjoy it and maybe even learn something from it.

How important were the location choices in helping you to face/tackle your fears?

I am not sure I would say the locations helped us to tackle fear, they were important in helping us reveal our fears and gave us a good platform and example to discuss both fear and risk. We filmed in British Columbia, Canada and Chamonix Mont-Blanc, France (image below), which are our homes, where we feel most comfortable and have skills that we could pass onto one another. 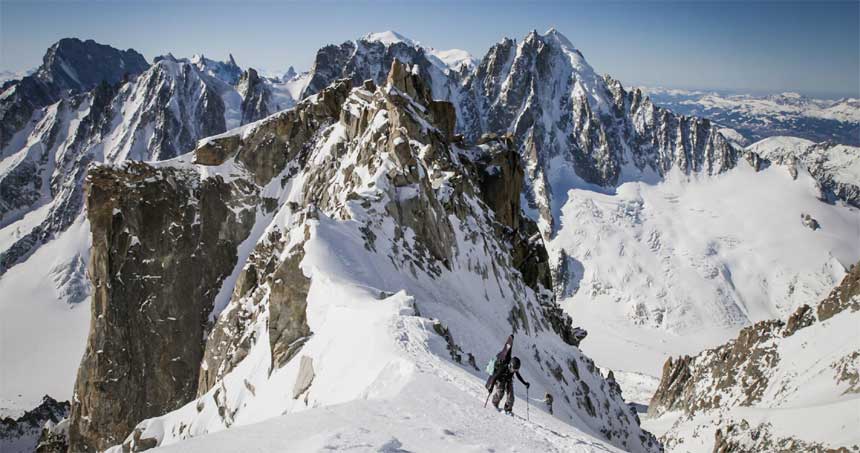 Alaska on the other hand was a location that we had both dreamed of skiing since we were children and signified the great unknown, the apex of our journey, the ultimate challenge.

How did making the film affect the relationship you have with your sister?

Anna and I have always been close but after nearly 10 years of travelling on our own paths, producing the film together made us a lot closer. We fought often during the process, especially at the beginning. In some ways the film helped us talk out our differences and learn to accept each other more. While it was a lot of work collaborating at times, it was worth it because in the end I knew Anna would always match my input or surpass it.

What is the biggest moment of fear you’ve ever experienced?

That is hard to pinpoint. On skis, it was being caught in an avalanche last winter and being tossed down an 800m steep face.

How did you overcome that fear?

Something both Anna and I learnt while making the film is that we don’t necessarily overcome or conquer fear. We need to learn to work with it because fear is an important part of our decision making. After that accident I debriefed a lot with different people, I analysed the decisions I had made, why I had made them and now, with the experience of the accident, how I could change my actions to mitigate the risks I took to avoid being in that avalanche.

What advice would you give to others to help face their fears? 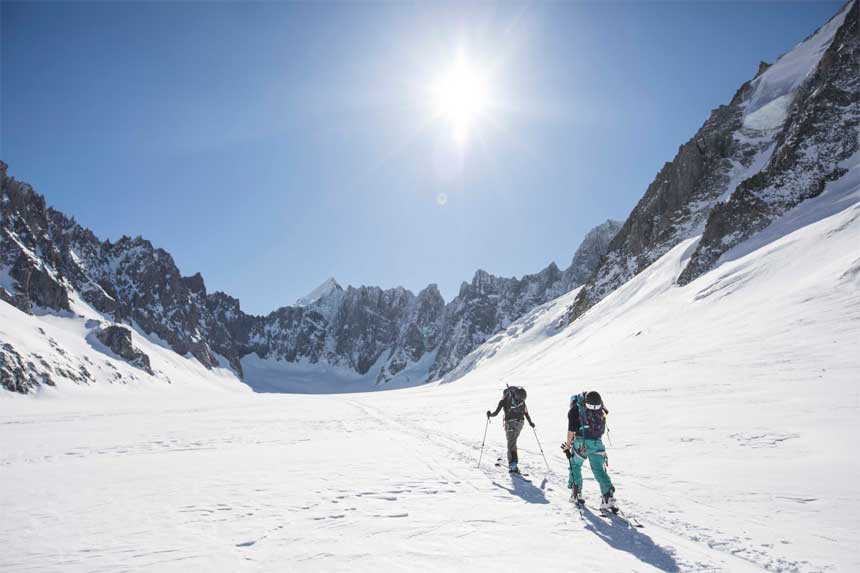 Sometimes fear is there for a reason; sometimes it is there as a way to consciously hold ourselves back and sometimes it is a natural reaction that gets in the way. I found the best way to work with fear is acceptance and using simple tricks such as meditation, visualisation and positive self talk to work with it not against it.

How do you use fear in your skiing?

Nowadays more than ever I try to listen to fear, or my gut feeling’. Sometimes fear, in the form of nervousness can feel good, it helps me to focus and get energised before pushing myself.

Can you compete in freeride skiing without fear?

I don’t think you can do anything without fear, how you work with your fear is the most important part. As one of our interviewees, Kaya Turski , which wasn’t included in the film but helped shaped the storyline, said :

'No fear means just absolute recklessness and that’s not how people thrive in the sport, it’s actually a really calculated, methodical relationship with fear.'

What was the biggest lesson you learnt from making the documentary in terms of skiing psychology?

At the end of the day, it’s all about having fun, working up to your goals and backing yourself. A quote that I am thinking a lot about at the moment by Rupi Kaur is:

'You don’t just wake up and become a butterfly – growth is a process'.

I would say working with fear is a process as well. 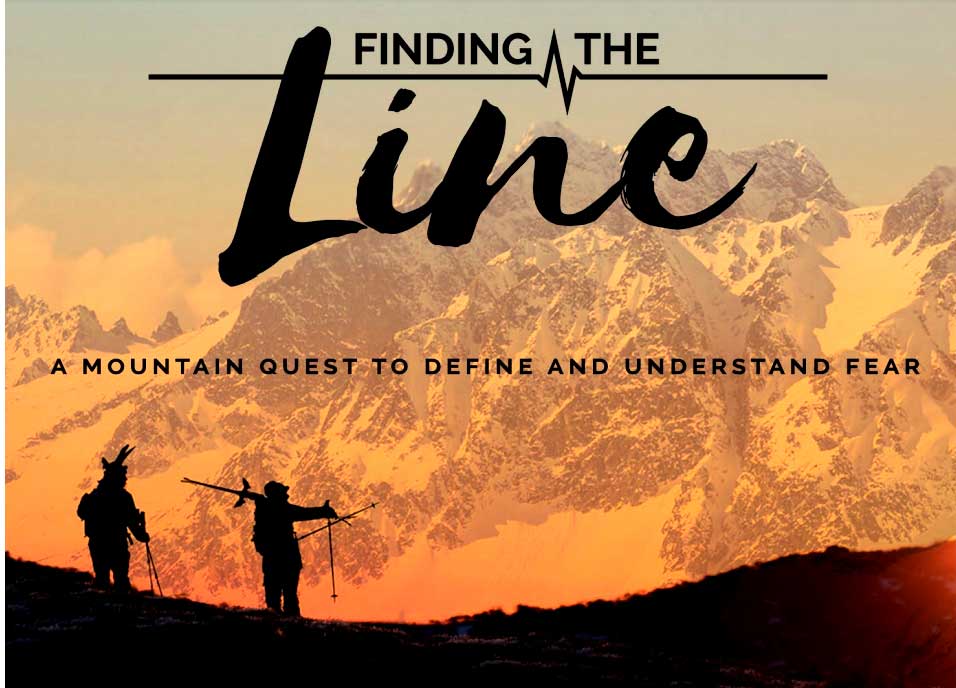 Book your tickets for the UK Premiere of Finding The Line.