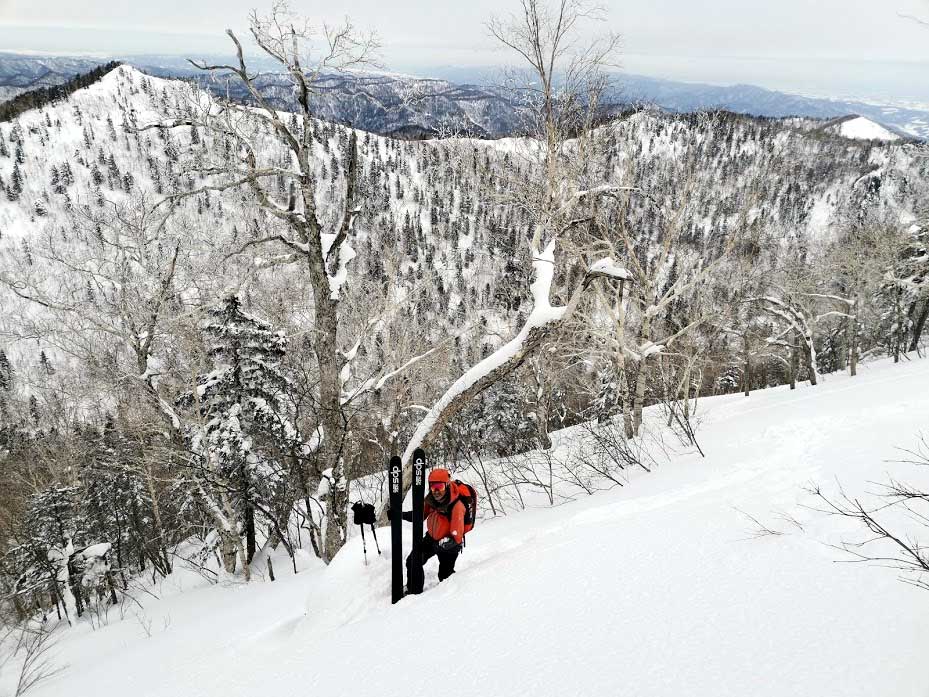 END OF THE ROAD

Our Hokkaido air and road trip took us from the French Alps via Marseilles to Niseko, Furano and Sapporo for a ski touring adventure in Hokkaido. But would there be that famous Japow? Our Backcountry Editor, Ken Reeve, kicks off the first of our team ski blogs from Japan...

For our last day in Furano on our Hokkaido Road Trip, Jan our guide from Sherpas Ride announced we'd be touring the Furano backcountry.

One super-long gondola ride later (with hats for our skis provided by the lift company as we had to carry our fat skis inside the gondola) we traversed out into the forest and dropped down.

The first descent was not so pleasant as a couple of days of warm temps had given us a freeze-thaw cycle and although we had a 5cm dusting, it was sliding straight off.

Quick piste dash down to a chairlift and we dropped into a more north-facing tree run where the snow was a lot nicer, all the way down to another long gondola (with ski hats!).

Slapped the skins on and ascended around 400m to Cowbell Ridge, so called because Gav found an ancient cowbell hanging in a tree near the summit ridge, Ding Dong! 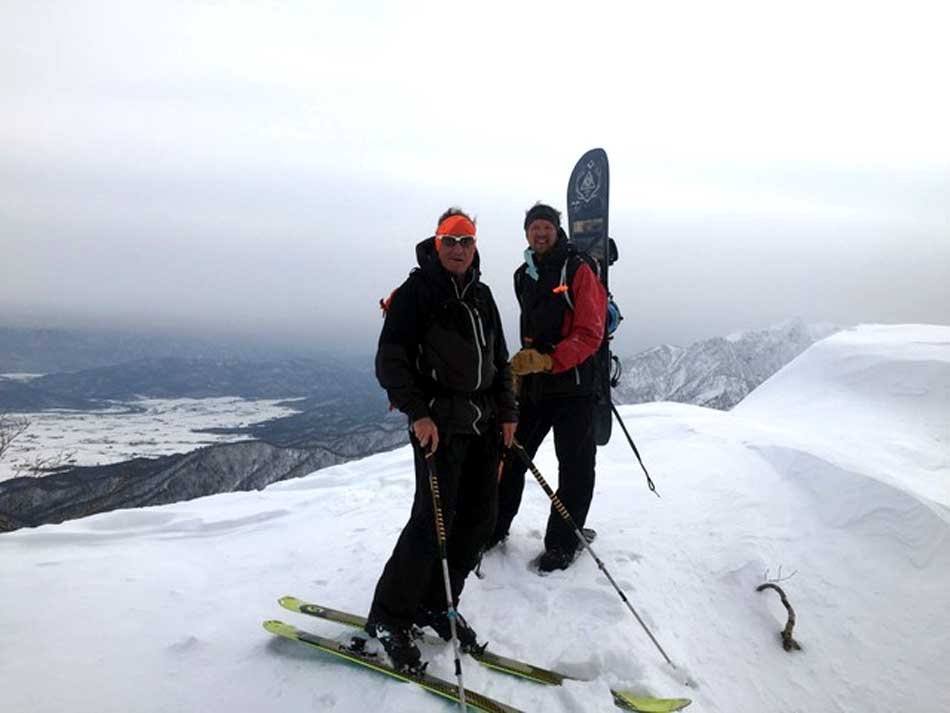 Stunning views over Furano from the ridge:

We could see this was going to be a pretty awesome descent from the quality of the snow on the way up and indeed it was!

Of course, there was the now obligatory gnarly run-out, but we were getting expert as these by this stage and it was quickly dispatched!

Quick dash back to our hotel in Furano, the quirky but great Petit Melon which was really well-situated at the bottom of the ski area, then jumped into the Sherpa bus for the final leg of our road trip to Sapporo.

We're now in Sapporo, but opted for the 90 minute drive to Kokusai again as a storm had come in overnight and it was looking promising!

Except it wasn't to be, all lifts were closed due to high winds and would not be opening that day.

Back in the bus and around 1km out of the ski area, we saw a tiny car park on the left with a skin track leading into the woods on the other side of the road, got thinking and decided to climb up in the forest which should be sheltered.

Indeed it was and a really nice skin track with no (!) kick turns brought us 300m higher and deciding which route to take down. Great boot-deep pow (and a gnarly run-out!) saw us back at the trailhead, then up again via a slightly different route to finish off our trip in Japan with a final rip through the trees to the van. 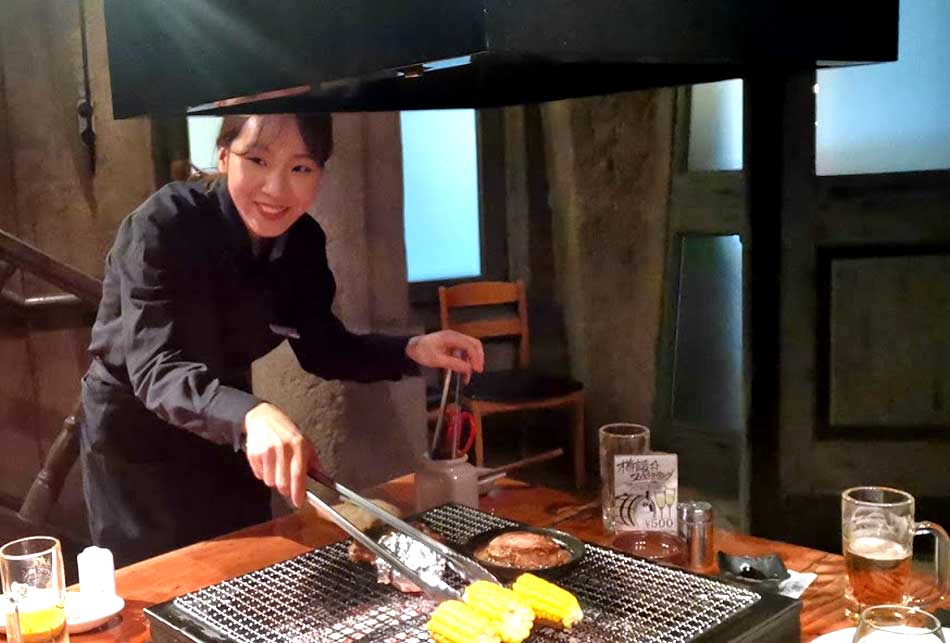 Back to our so-called  'Very Fancy!' hotel in Sapporo for a final mooch round the shops and finish with a stunning indoor BBQ meal at the bizarrely named Noah's Ark restaurant, where our food was exquisitely prepared in front of us!