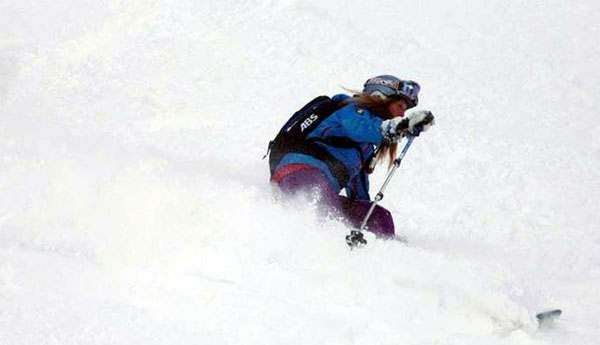 Girls are you looking to shred off-piste? Then you need a fat waist. That is, if you can find them. Editor, Elaine Deed on a quest for a wider waist - skis that are not men's and not girly pink for shredding the pow.

'Pow stick for ripping chicks. And it's pink.' Now I am not overtly feminist except that I hate wearing bras and prefer sports vests, but this headline recently in www.backcountry.com nearly made me choke on my pint of beer. I don't know anyone except foxes who have 'ripping chicks' in their vocabulary nor any woman who would be remotely impressed by the fact that it is 'pink'. Except a five year old in pigtails.

But the reason I came across the 'ripping chicks' headline is that I have been trawling the internet to find out which is the best women's powder ski to buy as I am out in the Southern Alps for the winter – and the powder, this season, is epic.

There is plenty of information, opinion and choice when it comes to men's fat skis, but I found only a few on-line magazines who have tested powder skis specifically designed for women.

My husband kept insisting that I should ride men's fat skis. His point, what is the real difference between men's and women's except for the gnarly or girly graphics? I even succumbed and tried a pair of Ride Doctors, last March, that were heavy and unwealdy.

Or was that just my skiing?

But I am not heavy. I am 5'6” and weigh 52 kilos – and I am probably classed as 'advanced' ability-wise as I can ride most terrain and ski tour on my Scott Realms, which are four years old and a great all-mountain ski. Now that I am attacking more off-piste and deeper powder, I have been seeking a wider, fatter ski to add to my quiver (so far only one pair) like most of my guy friends are riding.

Tracy, with whom I ski at least once a season, has custom skis from Snoday via her fiancé, our contributor Jonathan 'Bing' Bingham. They bend upwards like bananas at the tips. And, suddenly, she is riding powder like a pro. So, I wanted bananas, too. 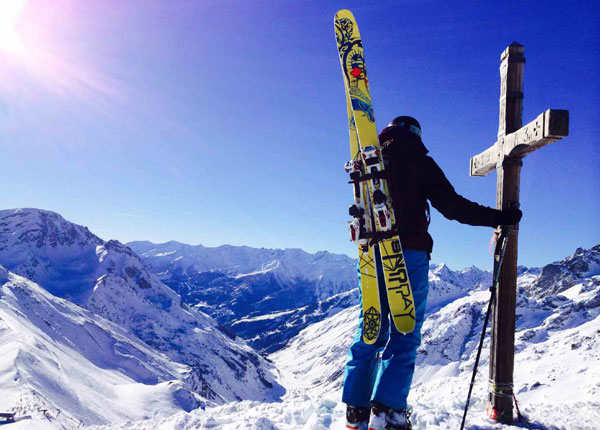 The thing is that once I decided that I wanted powder skis, my husband took it on as a mission to find me the perfect pair. He gave me my Scott Realms as a birthday present. A fabulous birthday present that I was thrilled to receive. But I didn't get to choose.

How many of us women let our partner/husband choose what we ride on?

Men may think they know best – like when it comes to which car the family needs – which could be why I end up having to drive a van in the mountains rather than a Porsche 4x4. However, guys are not riding these skis. Mostly, they have little concept of how women ride and how they are, in the main, lighter and ride less aggressively.

But could it be that maybe, just maybe they are right? Are skis that much different when they have that 'women's' sticker on? Is it just the fact that they are pink or have girly graphics?

And here is an area of great contention from many a female rider.  Some may like pink skis – also, pink headbands and My Little Pony. I don't believe that I am in the minority in preferring more neutral graphics and would find it hard to ride on the best skis in the world if they had hearts and flowers all over them.

There is a current train of thought that skis shouldn't be gender specific. They should be designed according to height and weight rather than whether you are male or female. Quite a few men are smaller and lighter than others; likewise women can be heavier. And before you start on the physics part and quote COM as in Centre of Mass the answer is that, no, not all women are pear-shaped with a lower centre of gravity.

Also, commercially manufactured skis have to appeal to a wide range of riders as in ability, height and weight. This is why there's a break away group looking at custom skis. How brilliant is it to give someone your proportions and, hey presto, here are your perfect skis calibrated to your statistics and personal ability.

Another thought process, is how much testing do you carry out before buying skis? However much research you do on line, it's no substitute for actually riding on them. And how often do you get the perfect conditions to try your skis? Give a skier, looking for the best skis to improve their off piste, the choice of six pairs of wider, rockier skis and send them down a powder bowl. 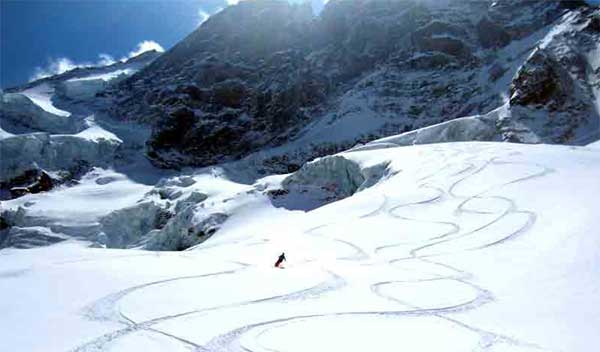 If the conditions are right, that is, light and fluffy as opposed to heavy and turgid then the skier will love the first pair they try. Probably whatever pair they are. That will then give them confidence to do more off-piste and backcountry, believing it is the skis that have made all the difference.

However, as someone has pointed out, you should really love the powder skis that perfom not only on perfect pow but also on hardpack and heavy crud. And, as ski instructor and style guru, Darren Turner says, a good skier can ski anything on most skis. Ever watched the Heroes of Telemark? They were skiing on long thin wooden toothpicks, downhill, in powder. And fast. Making it look easy.

Anyway, fast forward nearly 50 years and back to my quest for wide pow skis, the opposite of toothpicks. By now, I was traipsing around ski shops, discovering that there is more chance of finding a chocolat chaud for under two euros than women's powder skis in Serre Che.

My hope was to find Nordica La Ninas, among the best reviewed for women in the magazines featuring a 113mm waist and  a 25 per cent lighter woodcore than its male counterpart, The Patron. But there is not one pair in Serre Chevalier.

I decided to harness my husband's enthusiasm and willingness to find skis for me, (more about this later). He did his research on a trip to La Grave and reported that there were Salomon Women's Rockette 115s that I could test and that the guides' wives (see Josefine As, below) were riding Black Diamond Carbon Megawatts touring skis not  designed specifically for women skiing but 1100g (2.5lb) lighter that the standard version and, hence, female-friendly. 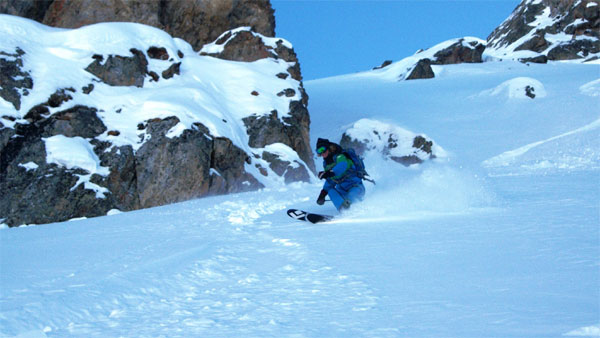 In Monetier, we found a shop that stocked Duret, manufacturers of skis and monos since the 20s and now making semi-custom Freeride skis in Grenoble. They have a relatively light ski but again a man's ski. Their Monstre Pows are 110/120 mm waist but 181/191 long – too long for me. The Mountain Freerides that are 167/177/187 are 100 mm waist, fat but not that fat. Then there are their Monstre Fats, the first powder ski with a 177mm waist and 178cm long – so I wouldn't need both skis as just one would be like a snowboard.

But, hey, the Duret graphics featuring a gnarly mountain goat are awesome. I decided to return and try the Mountain Freerides 167s on a powder day.

Then, Eureka. There they were. Propped outside, for sale, in a ski shop in Villeneuve was an Armada, 115 waist, Freeride rocker tip and tail women's powder ski. And it was snowing. They let me demo the VJJs the next day – and, wow, I felt the float and the easy turning in powder. Checking them out on-line, they received great accolades and at least one editor's best ski award.

It was a done deal. We bought them, with bindings, for 550 euros – and a pair of Scott poles, for one of our daughters, thrown in. Oh, yes, and the graphics are extremely cool psychedelic swirls like a drug-induced 70s trip when you wouldn't know which way is up let alone worry about gender specifics.

And, when I say 'we' bought them, what I mean is my husband put them on his credit card.  You see, there is a very good reason for letting your husband/partner think he is making the decisions for you.