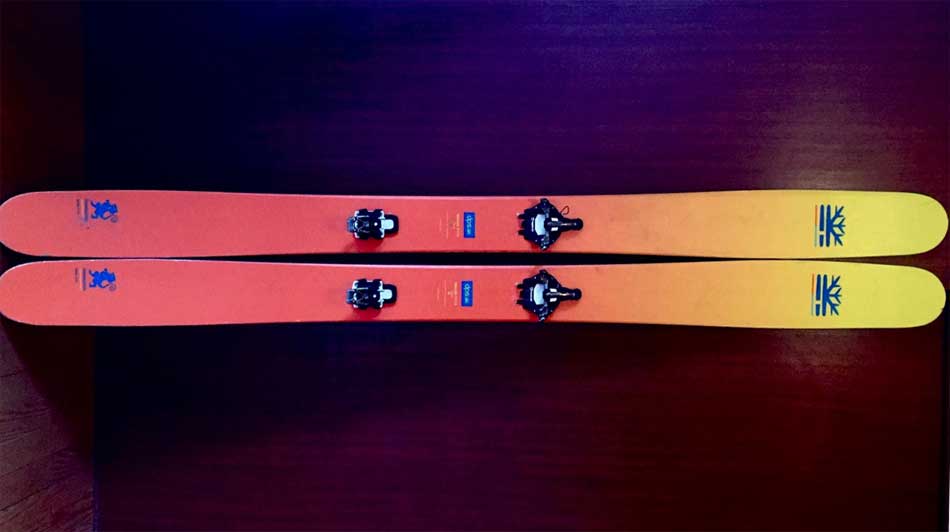 What is the best set up with bindings for the DPS Wailer Foundation 112 skis? And how do they perform in powder and on piste? Check out the definitive season's test by our Backcountry Editor

Having received the Wailer Foundation 112 in 179cm towards the end of last ski season, I now have a full season under my belt with these beauties!

Originally mounted on the factory line with a set of Marker Kingpins I had already, I wasn’t immediately in love with the way they performed, feeling much in the back seat in deeper snow, with too much tip out of the powder, leaving me with tired thighs after a very short time…

Looking at the ski, it’s a very directional shape, with a shovel measuring 140mm and a tail of 127mm, also a lot of tail rocker, not giving much support from the rear off-piste.

Compared to my current ski, a Faction CT 3.0, almost symmetrical at 136-108-131mm and less tail rocker, I could see a different approach to this ski was needed.

Also looking at the binding mounting point, the Wailer has a very rearward recommended point, which hints it wants to be driven by the front of the boots, where I ski very a neutral, ie centred stance on the ski, the Factions also had a more forward mount point.

As I was looking to shed some weight from the DPS rig for an upcoming 12 day touring-only trip to Japan with the Style Altitude team, I fitted a set of Marker Alpinists and went forward 2.5cm on the mount point. This ended up at a total of 2350g for ski and binding, 2100g for the ski and 250g for the binding, thus saving 480g over the Kingpins.

This, combined with the very low ramp angle of the Alpinists compared to the Kingpins has transformed the Wailer into a true pow slayer!

I feel really centred now on the ski and with the nose rocker and massive tip have never felt lacking in float, also now I can take advantage of the tail rocker, these boards rock in tight trees, slarving round obstacles at a whim! Another benefit of the centred stance now is landing off lips etc where before I was getting thrown back, now I can stomp the landings!

For such a wide ski they are a real easy ride on the groomers, I thought they may have been a tough ride due to the combination of the width and 15m turn radius, but, while no means a slalom ski, they carve great and are pretty stable too.

So, if you want to join the Wailer club and don’t want to sell a kidney to get the Alchemist version, I can totally recommend the F112!