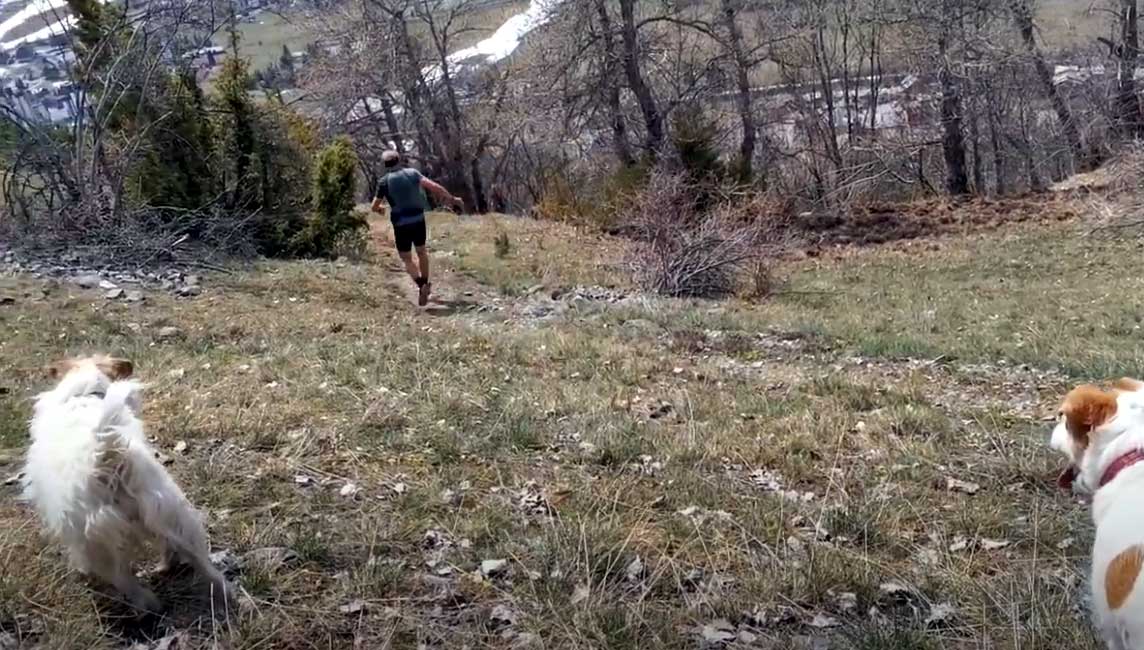 Training the Humans is a work in progress. We've taught them basic obedience so they feed and stroke us on command but when chasing scents we've found you can't teach an old Human new tricks...

Well, it feels like seven months since the Humans started to stay with us 24/7. And it seems it's going to be over a year for us (seven times longer than what it is for Humans) until life might go back to normal.

We've heard talk about everyone having to wear face masks. Not sure if it means us dogs too but Mamma Kiki says she's happy to wear a beer glass so long as there are some dregs in the bottom. 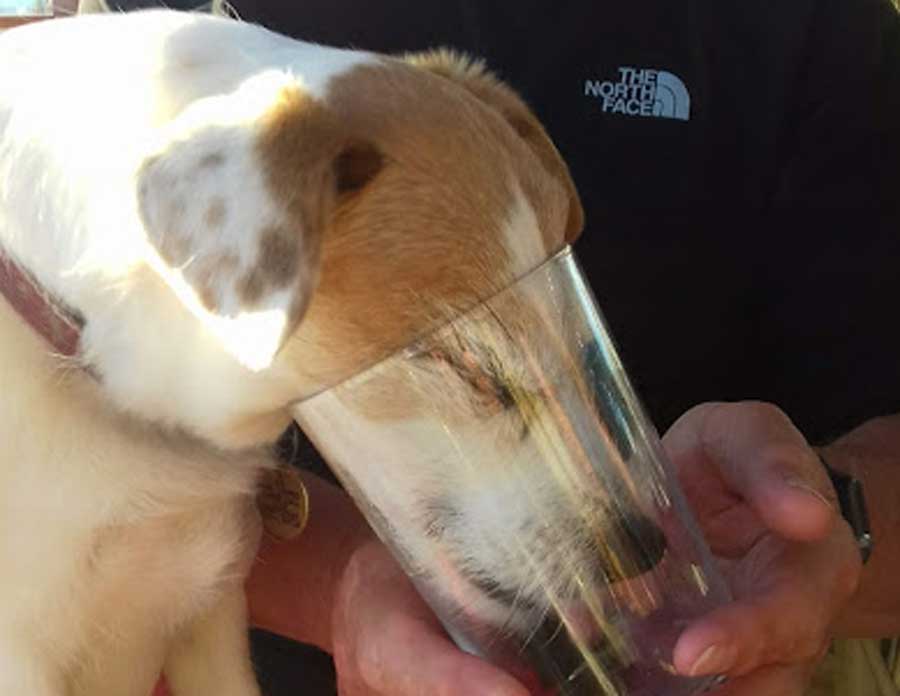 Currently they're being really good Humans and coming for a long walk for an hour every day instead of leaving us in the morning saying, 'We'll be back soon, girls' and then going out skiing for hours. These days they're showing their teeth when it's time to go out, which seems aggressive to us dogs but it's actually their equivalent of wagging their tails.

We like taking them through the woods where the wild things are but, bless them, they're hopeless at finding scents. They have absolutely the wrong idea about chasing. Sometimes they just go off at a run up or down the trail for no reason at all (see main image) huffing and puffing all the way, not even with their noses to the ground

They are learning, though, that four legs are better than two. 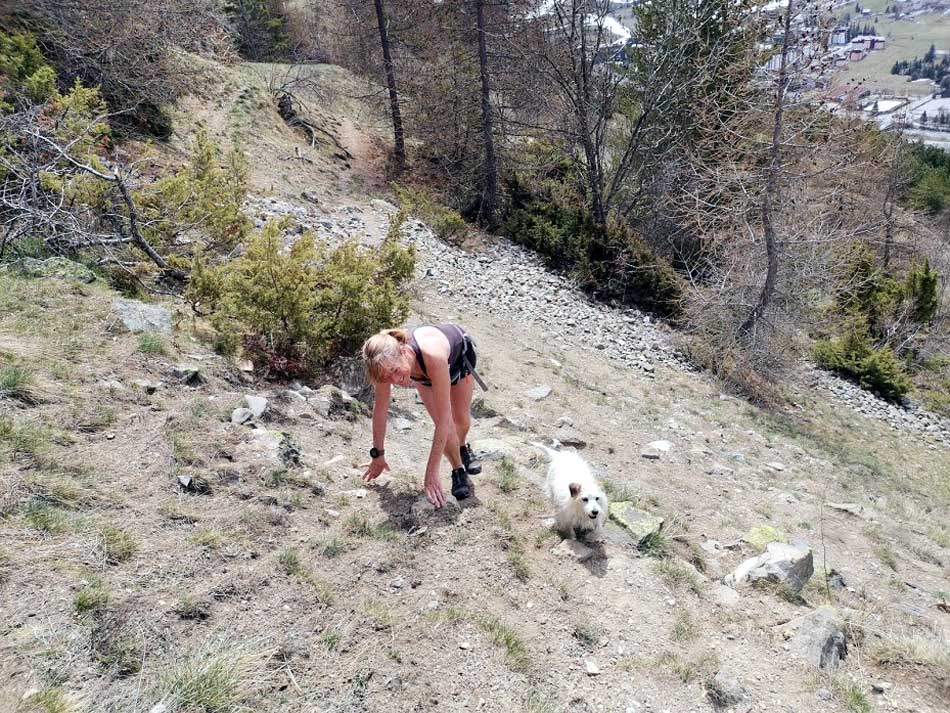 We've tried to show them how to hunt and chase scents but you know what they say? You can't teach an old Human new tricks. We can't teach them to run after a deer or even a squirrel. So, instead we tell them to 'stay' while we chase anything that moves.

Then we've trained them to whistle so we can find them again and make sure they're safe. And they've learned to bring some treats like pate en croute with them to give us when we return.

It's getting warmer now and we still have our winter coats on so currently we don't try too hard to catch anything except our tennis ball (and definitely not that coronavirus).

Mamma Kiki is lucky that she has shorter fur whereas I take after Papa Ben who is long-haired. So not only do I get weighed down with snow balls in my fur in the winter (I've trained Him to give me a lift in his backpack when the snow's too deep) but I also get a lot pantier in the summer.

Fortunately there are a few swimming pools I can dip into on our walks through the villages especially now I have trained Him to gently drop me in - and fish me out when I've cooled down.. 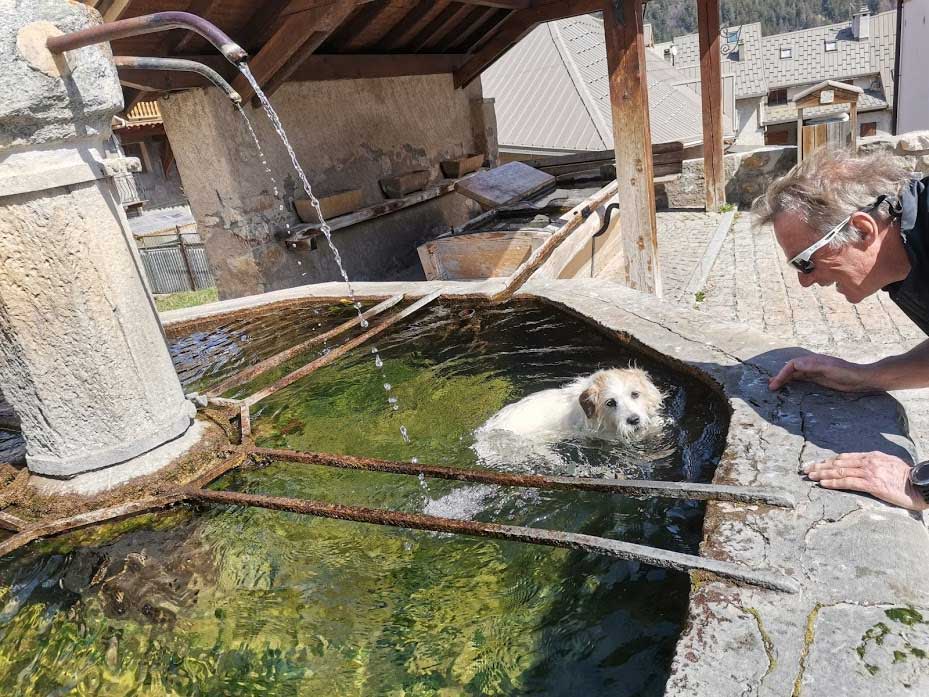 Training the Humans is an on-going process. Basic obedience training  Humans learn fairly quickly including feeding us every day and putting down fresh water; opening the door and letting us out (and back) when we want them to; also stroking our tummies and scratching us behind the ears just how we like it.

How do we train the Humans? Well, we believe in the carrot rather than the stick, mainly because they're not very good at chasing sticks. I've perfected prodding with my paw to goad them into action while Mamma Kiki gives orders via her eyes, practising her most commanding expressions in the mirror. 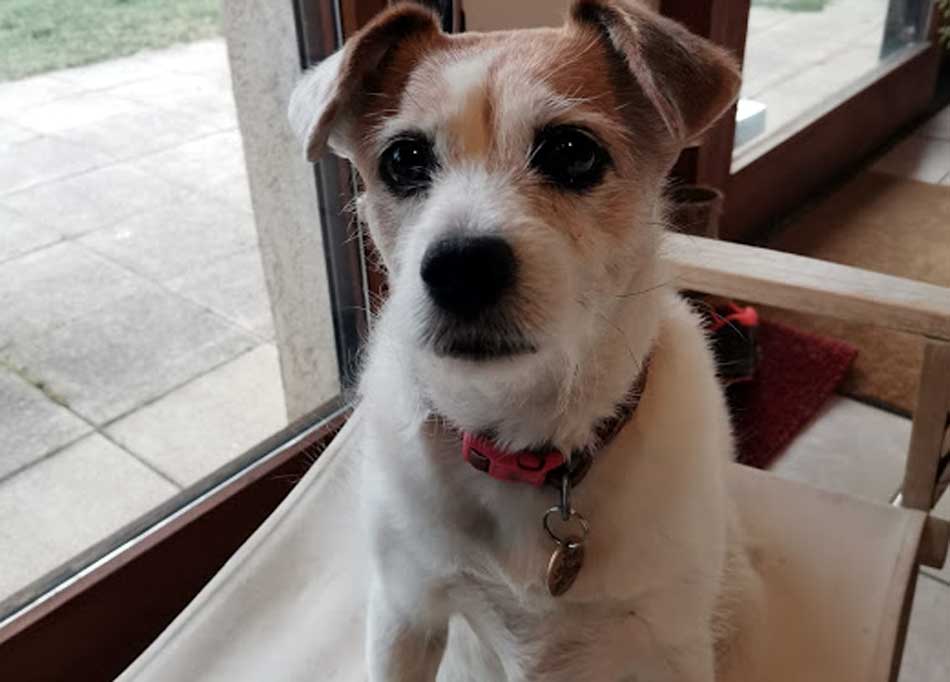 Works every time, especially for cheese titbits. However, this is not going to help her get that six pack (and I mean sculptured abs not four more Jack Russells).

How do we reward them for being such good Humans? Well, we're such soft Human-lovers that we actually let them share our bed at night - and even get under the duvet. #itsamanslife

For tips on how to train your Human, watch this: