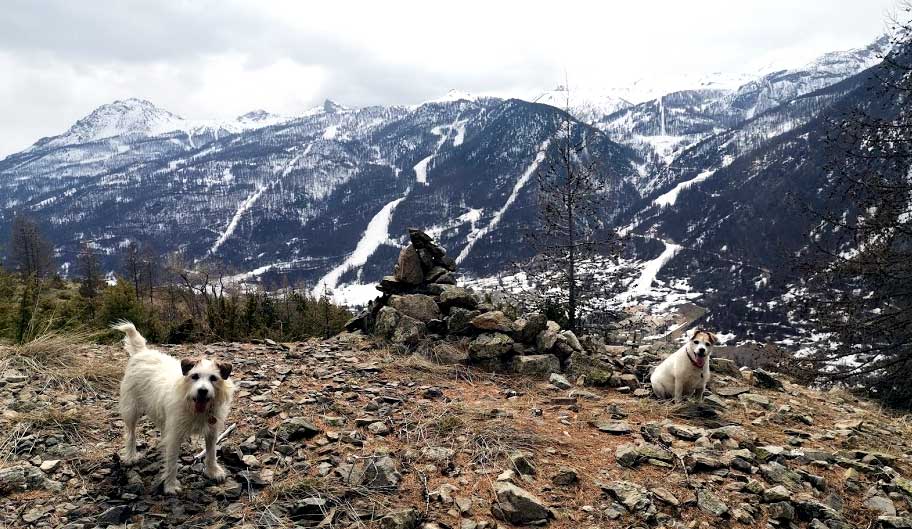 MAKING SCENTS OF THE SITUATION

It may be a crisis for humanity but for us dogs these are the best of times, with daily walks up the hill, welcoming the fresh smells of spring and giving chase to a very large sausage on short legs..

Something is definitely up with the Humans. For nearly two weeks, Mamma Kiki (my mum, above right, the one with middle-aged spread) and I have sensed a shift in the air. Not only does it smell a lot fresher but there's a strange tension. The Humans are exhibiting signs of frustration, like we feel when we've been shut indoors and just want to go out for a walk.

The weird thing is that, for us Rando Chiens, there are no complaints. We've been walking EVERY day, up the hill, through the woods, way off the beaten tracks. The Humans have hardly left us alone. In fact, they seem extraordinarily keen to take us walking to our hearts' content and to avoid human places like towns and bars. Mamma Kiki will be whippet slim in another couple of weeks.

And oh the sweet smells of spring up the hill. I don't mean the new grass coming up and the flowers pushing through the dead leaves of winter. No, I mean the smells of animals. Not the wee on lamposts left by French guy dogs (and sometimes, er, French guys), but real wild animal scents.

The other day we were following a particularly pungent pong in the woods when a huge creature rose up out of the undergrowth and ran away as fast as his rather short legs would take him. 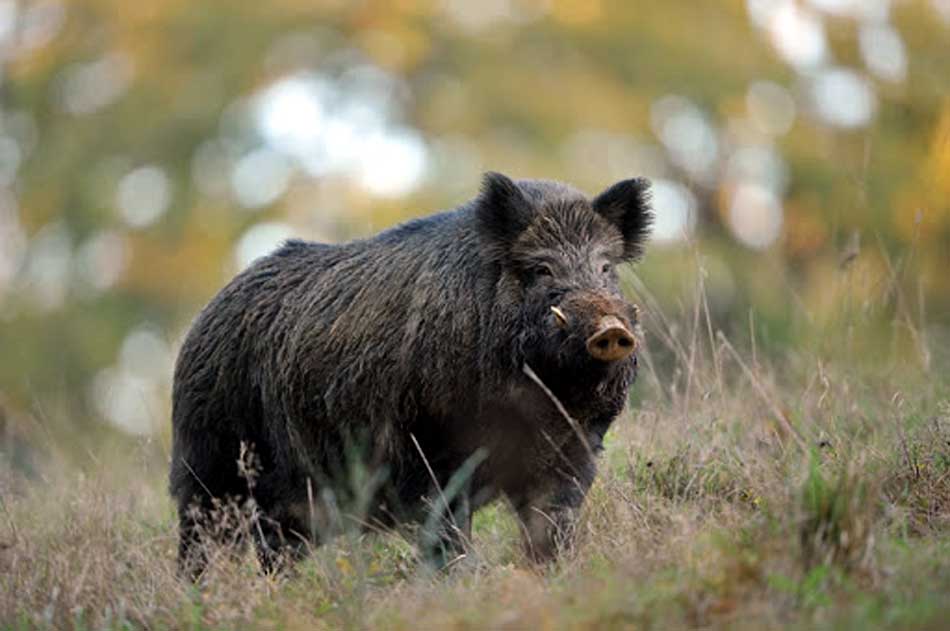 Mamma Kiki and I gave chase, of course. For a very large pork sausage on short legs (later learnt it was a wild boar), he ran like a greyhound and was difficult to catch. Suddenly he stopped and turned fiercely pointing his spikey things coming out of his nose in our direction. Mamma and I skidded to a stop, too. For a second it was a stand off, while we dogs debated our options.

Now we are not as fierce as we try to make out as many a local cat will tell you (one spit from them and we suddenly pretend to be looking for our tennis ball) so our debate went like this. Left?  Or right?

I went left, Mamma went right, doing the old Jack Russell splitting up trick to confuse the old boar. In the end, he just grunted and flopped down again (I felt the ground shake). But Mamma and I didn't leave anything to chance, we hared it back towards the frantic whistles of the Humans who were pretty happy to see us again. It was a lot of running, though, so we were man-tired.

Today, we went for another long walk up in the woods behind our apartment and the Humans were just remarking on how few creatures there were around when, dog damn it, didn't a huge deer spring out of the trees right in front of us?  This was like Christmas with turkey gravy on our biscuits.

Now the only trouble with deer is that they have very bouncy long legs and can run a long way, for a long time. But Mamma and I always like the chase. The deer usually lead us a merry dance, laughing at our attempts to keep up.

We left the Humans way up the hill trying to spot us. So now they know what it feels like when they get carried away in the deep snow when we go on Rando walks that they call ski touring, sliding off downhill on long thin planks leaving us to follow in their tracks, anxiously trying to see where they've gone.

But the one thing they've taught us well, is to listen for their whistles, which is why we don't worry that we'll lose them while chasing deer and always return, sometimes to a reward for coming back, like pate en croute, which actually smells better than rabbit poo. I'm not sure if they realise it, but we'd come back anyway because the Humans need us (see pic below of Her trying to cross a simple stream!). 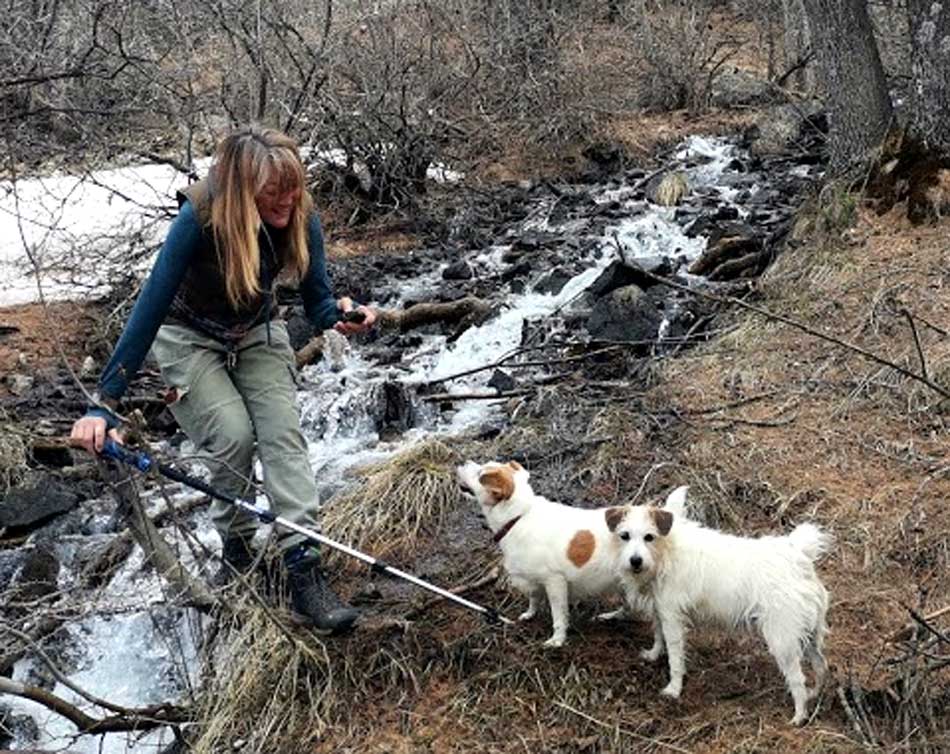 Back home, the Humans also do pretty stupid stuff, like He sits on a bike in the garage pedalling away going nowhere. That would be like me running on the spot pretending to chase deer.

Sometimes we worry about the Humans. But you've got to love them (especially as they feed us) which is why we call them dog's best friend.