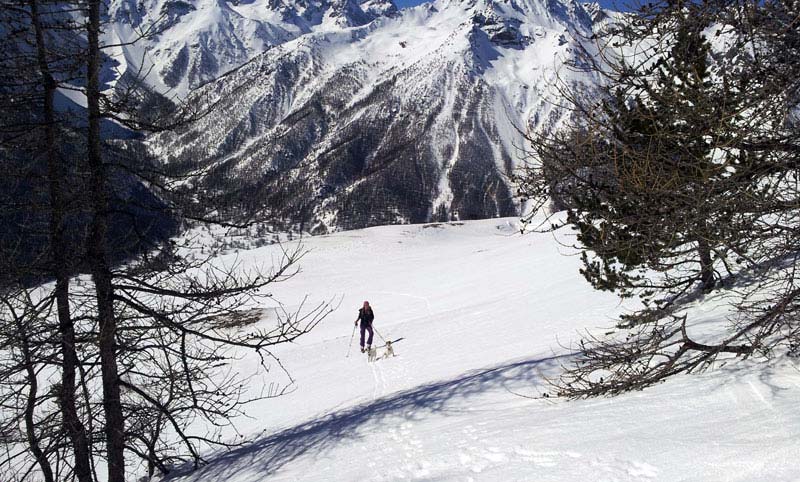 Instead of taking the lifts in Monetier, cross the road for a cool ski tour on the south facing slopes when the snow cover is all the way down to the village.

There was a slight debate as to what to do today - and maybe by the time we'd decided we were an hour or so late.

This was a route I've been keen to do, and with the snow cover all the way down on the south facing slopes above Monetier, it's seemed to be a good call. Plus when skiing in Monetier I've been looking across the valley at the potential and thought it would be an interesting tour, and nothing too demanding, so would be good for the dogs, the Rando Chiens.

There can be a great extension to this tour - and this is to go on into the Grand Vallon and over the Col du Raisin and down to Refuge Chardonnet and Nevache.

Click on an image to start the gallery up: