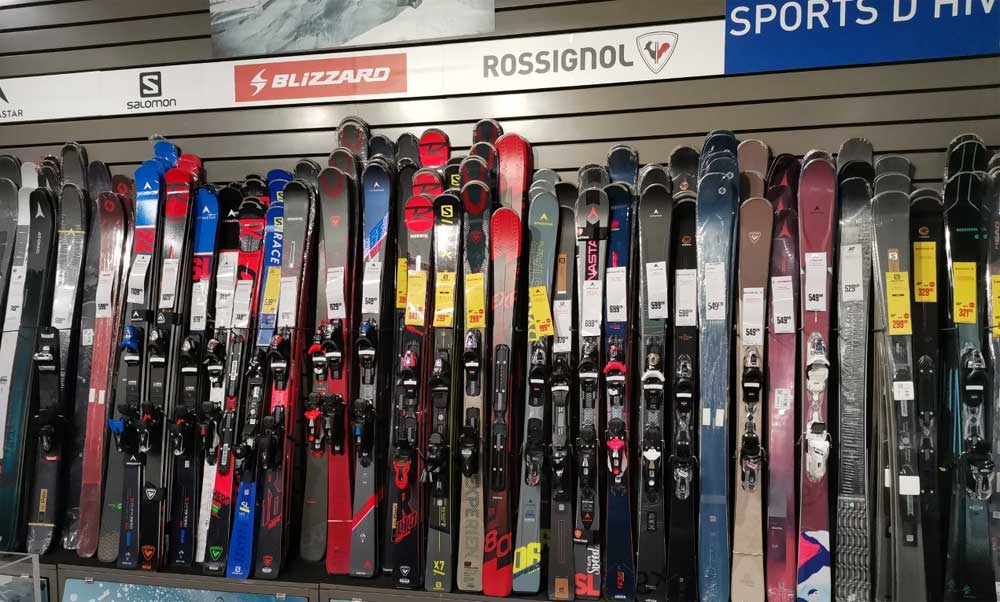 It's taken a snow drought creating zero touring and backcountry conditions, to persuade me I need skis a little more user-friendly for the hard-packed pistes in resort than 106 lightweight touring skis...

When I returned to skiing after 20 years snowboarding, the first skis I bought were all-mountain SCOTT Realms. But since spending every season in the French Alps for nearly 10 years, I now ski more off piste, backcountry and touring than in resort, riding wider skis for powder and lighter ones for touring.

For those times we ski in resort with family or friends, I am perfectly happy on backcountry kit, usually riding what is now my one-quiver ski of choice, DPS 106s Pagoda touring skis, great in the backcountry and, also, performing adequately on piste and ever-ready for some side or slackcountry forays.

But, this week, is the first time we've had absolutely no option but to ski on the piste due to not enough snow anywhere else. As the pistes are hard pack and can be icy, it was becoming a bit of a challenge on wide skis So when we went up, yesterday, I searched for something more piste-orientated in our garage and came out with my daughter's K2 Miss Conducts. They're over 10cms shorter than my 171cm touring skis and twin-tipped, designed for park but, hey, actually a fun ride especially as the bumps built up during the day. Fun? That's something I'd never say about longer, wide skis on the piste.

So time for a rethink. Is it worth buying proper carvers? If I'm going to go full piste, even temporarily when there's no off piste, should I get skis that actually carve on the piste and edge on the ice?

We did a trip to Intersport in Briancon, today, to see what there is and the prices. Now although I know a lot about touring skis including the weight of most brands down to the nearest gram, I have to admit that I am not an expert on carvers. I couldn't even say how good a piste skier I am. If you're judging by my ability to slide down any icy black on 110 width skis and in touring boots, then yeah I'm pretty good. But cranking hard fast turns? Well, I've never had the kit to try.

So I listened to the sales assistant's advice at Intersport, while also Googling reviews of each ski on sale and decided to buy the Rossignol Nova 7s, length 163. They were a pretty reasonable €330 reduced from €500 including bindings (so around £275).

We're doing a 100k ski challenge around the resort, tomorrow, so I'll let you know how I get on.

We only did 80k as we had to return to make sure that, after being up the hill for five hours, Ullr our mountain pup wasn't tearing up the apartment (he wasn't).  But both Ken and Gav noticed how much faster I was skiing with the confidence of edges for carving even on hard pack and ice.

But how strange to be on skis that are actually narrower than my ski boots - and feel so much shorter than my 171 DPS Pagoda Tours.

Now I'm not a speed freak and always slow down when there are hazards on the piste such as snaking ESF ski schools or idiots on snowblades. However, I do have to ski fast to keep Gav and Ken within sight - and it did seem so much easier to achieve speed and good control on the Rossignol Nova 7s.

And, to prove the point, riding them for the second time for what was in essence a leisurely piste ski with friends, I achieved seven PRs on Stava segments around the resort, without even trying.