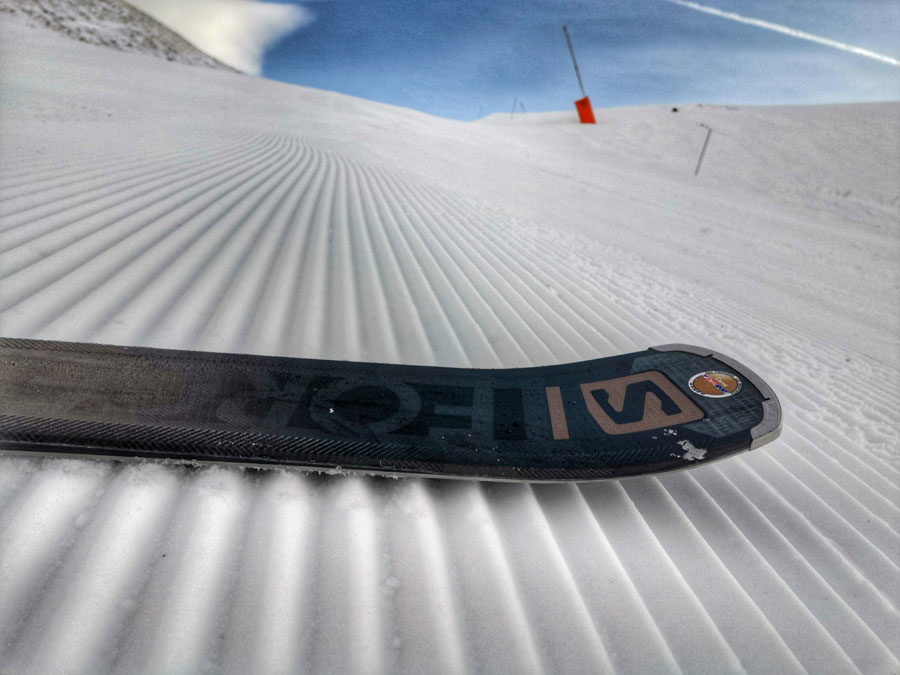 With help from Sacha Pourreau of Intersport's Le Cheval Blanc in Val Thorens we set out to see if a ski touring boot would perform with a dedicated piste ski.

Yes, you've read it correctly, I've been taking time out from the recent backcountry and ski touring where we're away from people enjoying all the mountains have to offer. Instead, I have spent the last three days in the antithesis that is Val Thorens.

We arrived for the opening weekend on the Friday and spent the evening in Intersport's Le Cheval Blanc with Sacha Pourreau who was demonstrating their BootDoc boot fitting system (more on that soon) along with the great range of skis that are available to rent.

It was obvious from the drive up to Val Thorens that the wind, which was still howling, had trashed ALL the off-piste in the various bowls that surround the resort, so it was obviously going to be a piste weekend.

And with the availability of the Intersport ski range to hand, it was a great opportunity to test some skis that I would not normally ski on.

I was very close to being fitted with some alpine Atomic Hawx piste boots but my eyes were drawn to the ski touring version, the Atomic Hawk 120 Ultra XTD. The boot has regular tech inserts for pin bindings but will also fit many alpine bindings with its Grip Walk system compatibility.

Although I was aware of the boot I did not know about its downhill alpine potential. I often ski with my Salomon S/LAB MTN boots and Black Crows Atris (Tecton bindings) on the piste but there are limitations.

In discussions with Sacha he said I could use these boots with the Atomic Redster, a quick-turning, slalom-slashing machine, though at 167 I was a tad dubious.

Saturday morning arrived with the wind still howling and the net result of no altitude lifts running, only the magic carpets. The forecast was correct and by early afternoon the wind had eased and a few lifts started running. Viz was hampered by the strong winds and windblown snow, all in all pretty grim and a windchill of around minus 15C I'd guess.

This was the first time I'd used my Snow Vision goggles, which have built-in prescription lenses, varifocal, in a sealed unit, and they were so good.

In the image below you can just about make out the glasses but the fast-reacting photochromic google lens even in flat light are very effective and worked well all weekend. 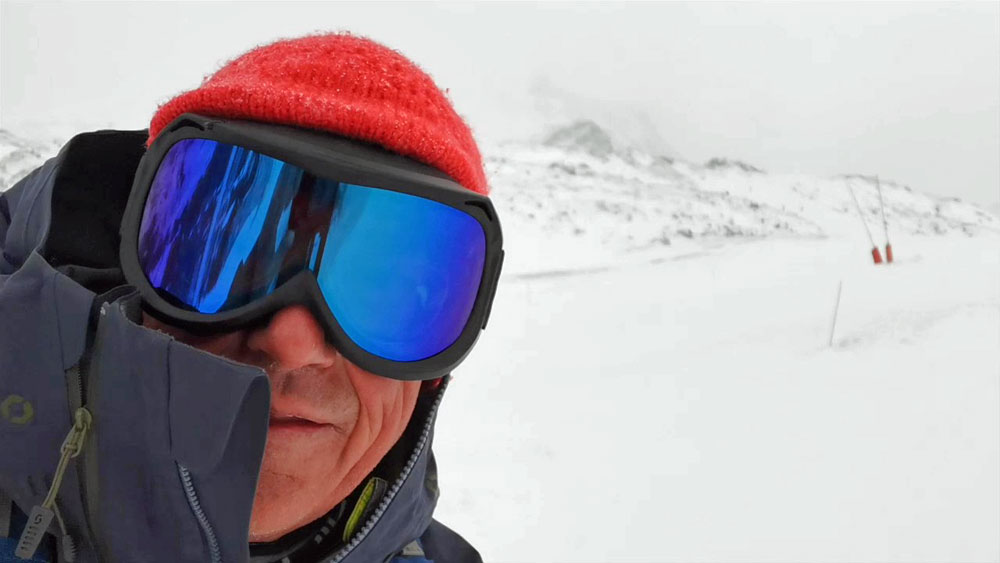 However the resort was very busy and queues were huge so after a few runs, I retired back to the shop to change my weapons as I was not too sure about the Redsters, or was it the boots?

We decided on the 180 Head Core 93, and a version that was unique to Intersport.

Sunday morning we kicked off early to at least get some good runs in, but the hordes quickly appeared. After lunch, it was suggested that I try the Salomon S/Force*, and initially, I was a little concerned as to what I was giving up as the boots and Cores were a great set-up and they too, at 170 were way shorter than anything I usually ski.

Within 10 minutes I was loving them, and was scaring myself at the speed I was attaining, but still in solid control. However with the hordes skiing the pistes in limited viz / flat light, it was all just a little uncomfortable at times, but I could feel the potential on offer.

As we came out of a bar on Sunday night after a well-earned beer, the cars were leaving and along with the forecast, I suspected that Monday, with an early start, might reap dividends with untracked corduroy and deserted slopes.

And as you can see from the pics that indeed was the case with lifts and pistes to myself; it was almost like being out in the backcountry :) 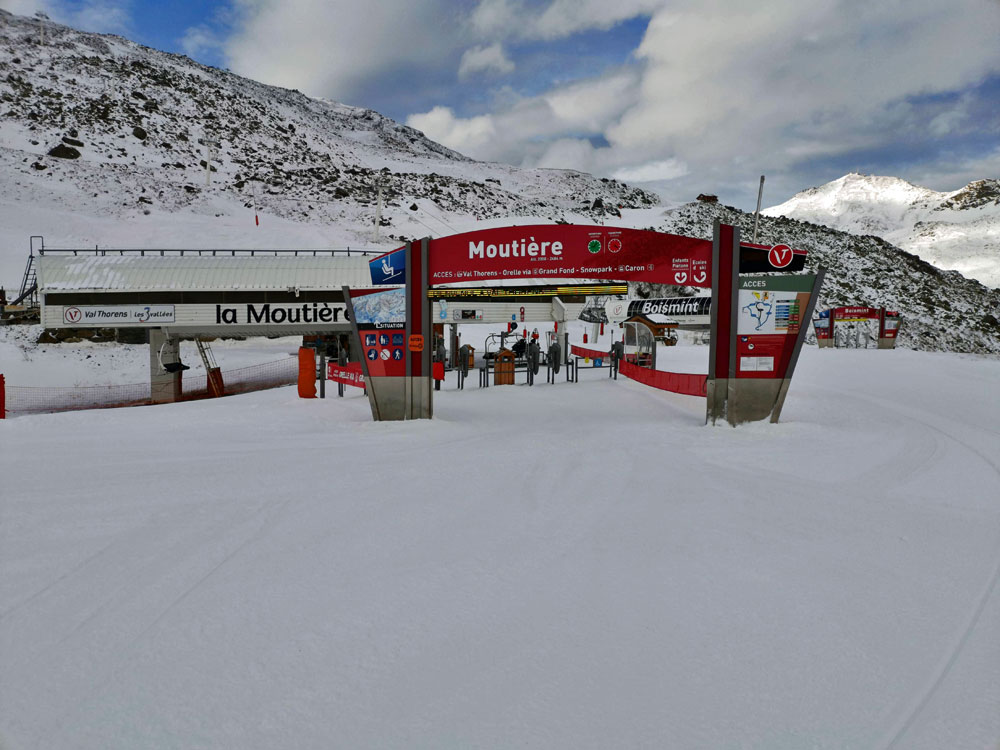 The slopes were so empty I even had time for a little photo shoot. 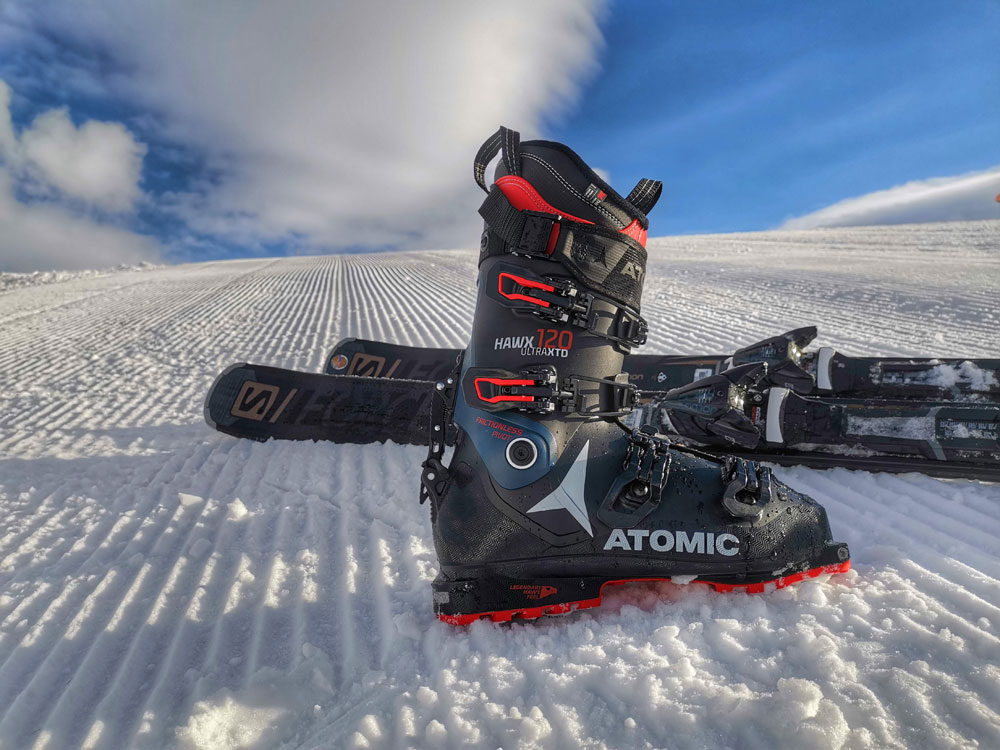 I clocked up 35km in 1hr 45mins (yesterday was 45km in 3hr 21mins) and, as is always the way when skiing on your own, most of the runs were top to bottom with no stops, and without any leg burn which is a good sign. I knew that I was travelling fast, as at times I was skiing alongside some ESF dudes and staying with them

As I WhatsApped back home later, I said that was the best ever piste session, and on handing back the skis to Sacha we both agreed that the Hawx is really one boot does it all.

I honestly don't think that I could have skied any better on the S/Force with my Alpine boots and doubt if my legs would have felt any different. And I'm sure a more experienced piste skiers would have them cranking over even more.

And as a mate said afterwards, it makes much more sense to have a boot that fits both alpine and tech bindings as opposed to a binding (The Shift) that fits two boots!

That said the Shift does tick a lot of boxes for many, and the Hawx boots and the Shift would be a great combo too.

And just looking back at my Strava I thought my top speed on Sunday was quick (for me at least) at 61kph; today it was 72kph, but that was probably more to do with the good viz and deserted slopes.

So that was the descent on the boots, hopefully, by the end of the week, I'll know more about how they handle the up!

*NB we changed the skis on the hill, not on a work-bench so I can't give a 100% cast-iron guarantee they were set up correctly.