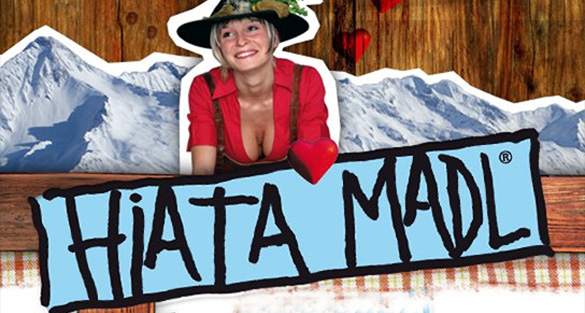 With the après at La Folie Douce in Val d'Isere, recently targeted by the media as 'like Magaluf on ice' because of its 'Boozy Brits', we go behind the scenes - in fact, behind the bar - to see what it's like from the other side. serving the shot-taking, beer-swilling, table-dancing ski hordes on holiday.

For the sake of investigative journalism (as well as helping to pay her seasonaire bills), our snowboard contributor, Faye Young, is working at one of the liveliest bars in Mayhofen where you'll find plenty of Party Animals among the Boozy Brits, Sozzled Swedes and Rollicking Russians.

I collect glasses in an apres bar called Haita Madl, which is at the bottom of the Horbergbahn Gondola station near Mayrhofen. We have 3 bars, 1 pole, 1 smoke machine and 1 foam maker that makes it look like it's snowing inside. Sometimes, you can barely move between sweaty skiers.

People are easily pleased when it comes to apres ski, they won't notice that the DJ has played the same song four times in one hour (I notice but grit my teeth and power through it). The DJ is, also, my boss. He loves the music and always gets the crowd going with his choices of Spice Girls, Grease, Dirty Dancing, Robbie Williams and Austrian versions of Sex Is On Fire by Kings of Leon. He's good at reading the crowd and, if everyone is wasted, he will play the classic Tom Jones 'Leave Your Hat On' and encourage them to get up on the stage and start twirling around the pole. 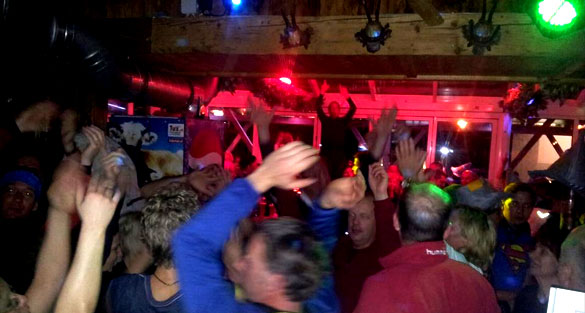 Sometimes, we have groups that are part of a bus tour that arrive in their high vis vests with their nicknames printed on the back and order four trays of the cheapest schnapps available. Most people appreciate it when you clear their tables yet others just stare at you with a look of disgust as if you just answered a phone call during a wedding ceremony. Work is usually over for me by 7pm but, sometimes, it feels likes it's 11pm.

If you like men dressed in bikinis dancing on tables then head to the Ice Bar in Mayrhofen. I got offered a job there to dress up in a huge sweaty polar bear costume, But I decided that I would rather ration my food for the rest of the season than become a punch bag for drunk people.

Most people finish up the mountain with a few beers and schnapps before they gradually make their way down, bar by bar. If you're back at your apartment before 7pm then you're doing it wrong.

Here are some of the common species of skier and snowboarder I encounter while working in one of the most popular bars in town.

Let's face it, they have spent all day skiing dressed as tigers and elephants so they really do not care how much you are judging them in the bar. They know how to drink, too - four rounds of Gluhwein followed by four trays of various schnapps and whatever suspicious spirit they have hidden away in a hip flask. For me, as a glass collector, they can become quite annoying as they like to stack their schnapps glasses in a huge tower to show off how much they have drunk. 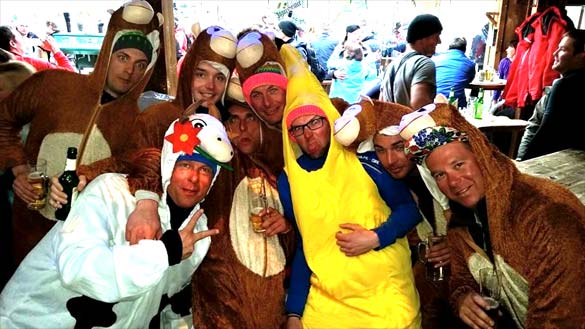 It is an extremely rare sighting to see a woman get up on the pole and start dancing; 95% of the time it's a man, His favourite song comes on and he just cannot fight the urge to publicly embarrass himself, the metal pole attracting him like a magnet. Surprisingly, I've never seen an injury as a result of dancing around a metal pole in ski boots, which, if you can imagine,trying to grip the metal pole with plastic ski boots and hang upside down, is not going to end well.

You can tell they have left the kids with the au pair or chalet girl and, finally, have a night of freedom where they can snog each other for hours with cheesy pop music blaring in the background. Either that or they just met on a freezing chairlift - and need to warm their hands up. Nobody knows who they are here, so they don't care who is watching - even poor me who has to awkwardly squeeze passed them to collect empty glasses at their table.

The 50 year old guy parks his Porsche right outside the bar so everyone can see that it is his car. He actually leaves the hazard lights on as if to say 'look at me'. There isn't even a parking space there but he doesn't care. He will then open the door for his blonde 20 something girlfriend who is wearing a fluorescent one-piece ski suit with a tight belt around the waist. After a few rounds of Schnapps, they make their way back to the Porsche and slowly get back in - just in case you missed the fact that it's his car. 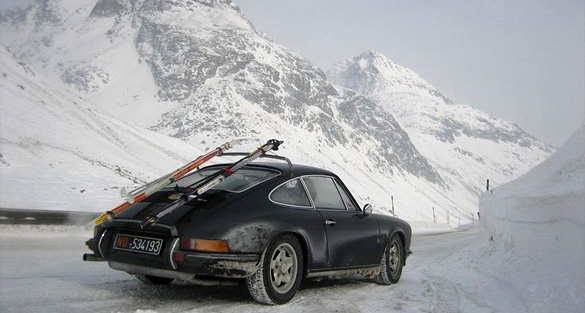 Children respond to après ski in two different ways - they either love it and start dancing freestyle or they look like they are plotting ways to get their own back on their parents for torturing them. The parents end up being a Cringey Couple, too, with their own freestyle take on dancing awkwardly together while the kids are distracted by the fun music that resembles a 6 years old's birthday party.

He comes in alone, orders a pint and just sits for half an hour of people watching before leaving. It's cheap entertainment. To be honest, who doesn't enjoy being sober in a room full of wasted holiday makers?

She walks in and the first thing she demands is a huge bottle of Moet on ice. It's just what she needs after a 'long' day on the slopes. Unfortunately for me, out of everyone in the bar I could have chosen to spill a drink on, it was the woman with a glass of Moet! My first work related slip up and it had to be the person with the expensive champagne. If I had split a drink down a member of the Party Animals, they would have brayed with amusement but, no, I received the most piercing death stare of my life from the Rich Bitch. I avoided that table for the rest of the night as I spotted her hanging up her mink fur scarf to let it dry off, which I imagine cost a months worth of my wages. 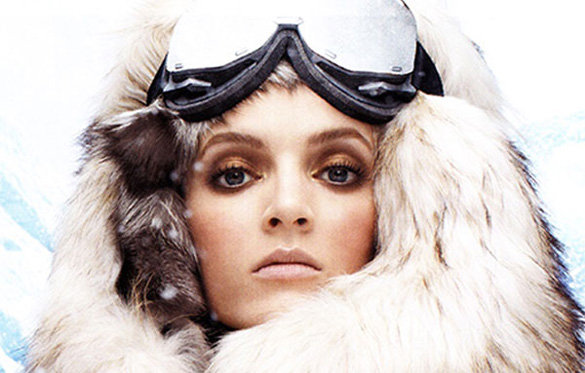