Good Gawd. Technicolour Skiwear Is Back 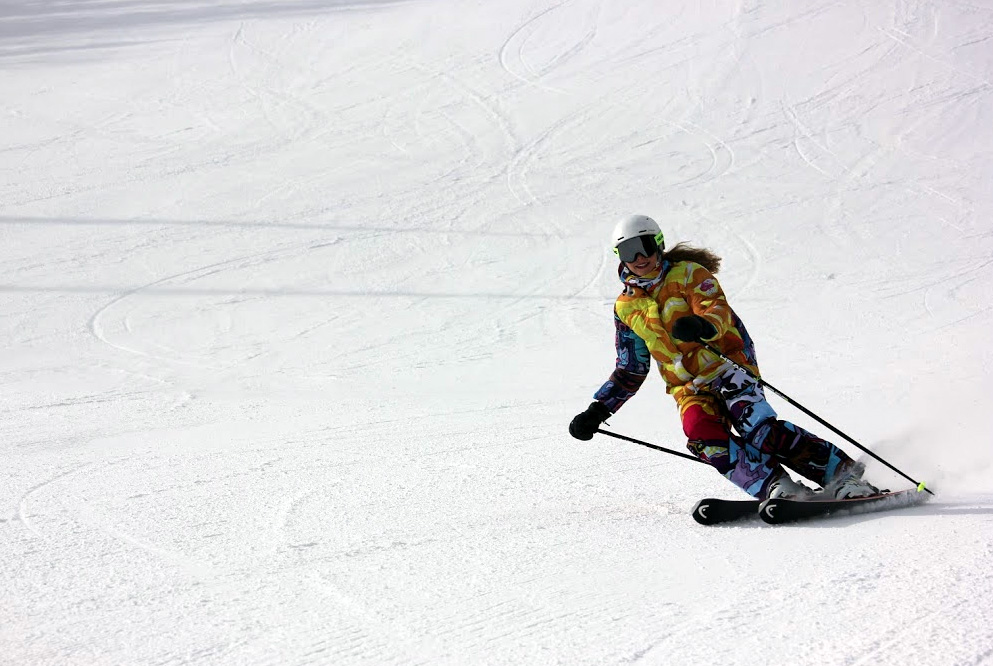 Grab your high vis lenses, you're going to need them to view the most eye-socking colourful ski and snowboard wear to hit the slopes since the Eighties

Just when it seems ski and snowboard wear couldn't get more dull along comes a crazy Canadian brand producing blazoning beacons of colour on the slopes...

Challenging the bland brigade, Lynne Harrison is a creative Canadian colour alchemist, morphing multi-coloured mountainscapes into mountain wear. She is the wife of former Canadian ski racer and Olympian, Dave Irwin, who is putting the crazy into Canuck couture right now.

Throughout the ski/ride industry, the prevailing palette of plain colours, two-tone if you're lucky, and a preponderance of blah and black means that Alchemy of Ride's multi-hued, outsized prints stand out like flamboyant flowers at a funeral. 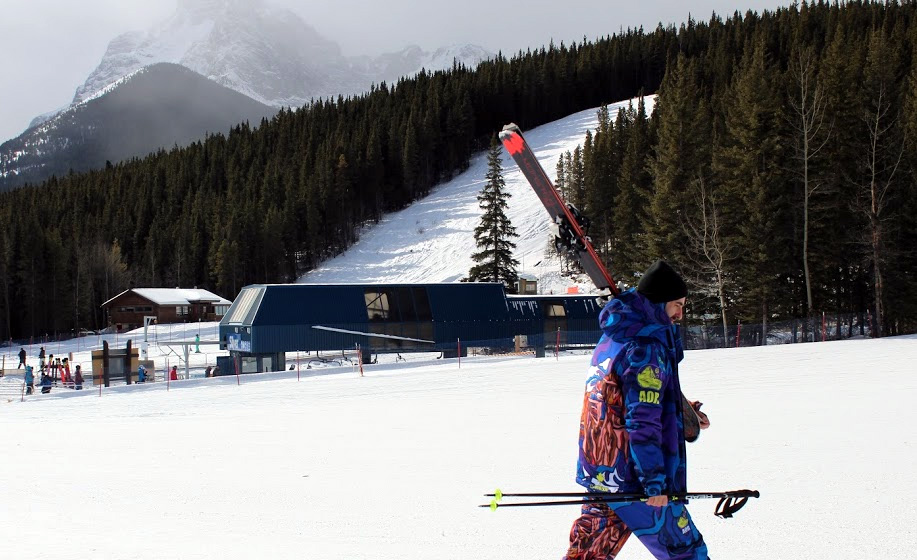 'It is about sharing colour and fun and happiness,"'says Harrison. 'Alchemy is the ancient process of turning base metal into gold and The Ride is a metaphor for life.'

Launching the luscious line this winter, Harrison has been running an eclectic art studio and creative clothing shop in her home town of Canmore (near Banff) since May 2015. Starting originally with paintings, prints and postcards, she merged her mountain motif into patterned bike, running and watersports clothing first and then, this season, moved into skiwear, featuring ski jackets, pants, down vests, one-piece Nordic outfits, and wickable underlayers for men and women.

Irwin, who helps out at the Canmore store, is a model for the men's line, rocking the bike and running range in summer and sporting the skiwear at the Rocky Mountain Bagel Company where he is a daily regular.

'The market that I am appealing to really holds no age limits. Whenever or wherever we wear the Alchemy of Ride brand, we are stopped by all ages asking us where we got the suits from,' Harrison says.  'In Vail recently, we were constantly asked for business cards and information - by skiers and boarders. People are tired of black.' 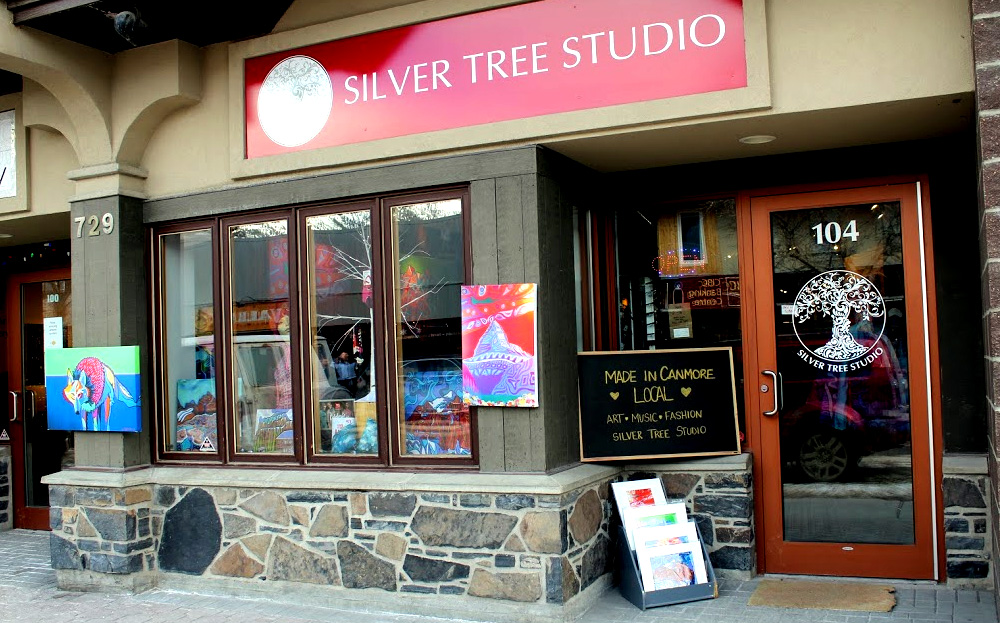 As well as Silver Tree Studio in Canmore's gentrified Main Street (above), her whimsical work is available at stores in Lake Louise, Whistler and Scottsdale, Arizona - and allso online. She has sales reps in British Columbia and Alberta expanding her Canadian reach, and a new rep based from Boulder, CO serving the US market. Ambitions for Alchemy of Ride include expanding into China where the ski market is burgeoning, challenging the black-and-beige bias in the Alps, clothing the Canadian Winter Olympic team and designing a 'jenny' for the Americas Cup.

Owing to her famous husband's brain injury while racing – and his highly publicised rehabilitation just months after the couple married - Harrison has always focused on helping others beleaguered by mental health issues. A portion of her profits go to her own Mental-Aid Foundation, to the Kelty Patrick Dennehy Foundation in Whistler, and Banff's Mental Illness Stigma Support Group (MISS). As an integral part of the Canmore art scene, the artful alchemist shares her talents and insight, inviting artists and art enthusiasts to paint with her at her studio shop. .

In this first season of testing the market, sales of this riotous rainbow range are steadily increasing,

'It's only been for sale at Silver Tree Studio and online since January. We had lots of interest at the Alberta Rep Show and from the general public. It's a new brand, a new idea, and loads of fun and colour,' declares Harrison. 'It's time to re-educate the public to get away from black ski clothing in general.'