Escaping back to the Mountains after Covid and Brexit 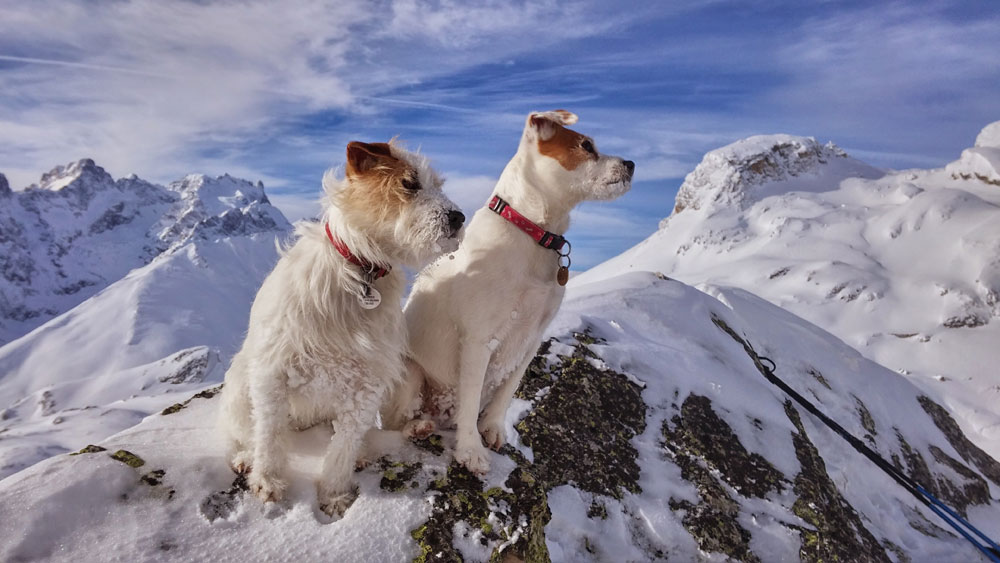 My legs are tired after having jumped through so many hoops

We always knew that Brexit would throw up some complications to get back to the mountains, but together with Covid it was a mission nearly impossible...

Last year, while in the Brexit transition period, we were very much concerned as to how we might be able to return and live in what has been our home on and off for the last five years and spend our sixth winter season in Serre Chevalier.

The worst-case scenario was that as UK Nationals we would be limited to no more than 90 days in any 180-day period.

We know of some people who quickly became Plastic Paddys, playing the Irish ancestry card,while others who live here permanently had to apply for residency. For those of us flying (or driving) back and forth it was and is a bit more of an issue.

The French residency application site didn't actually come online till the second week of October, and by then we'd decided to go the retiree route so once the application was officially received (you are given an attestation so can travel and stay) we'd have six months to work out the exact logistics.

However, as has now been mentioned in various ex-pat French media https://www.connexionfrance.com/ there's a good chance of better options for Long Term visas for second homeowners.

For us, part of the long term strategy, such as sourcing necessary Health Care for residency, was to investigate these things in situ.

The initial game plan was always to be out by the end of October and be ready for the first early season snowfalls. However, that was before the second wave of Covid - and then it seemed that every couple of weeks another obstacle would be mean a change of plans.

Then Covid figures in the UK started to rise, so best to spend Christmas back in the UK and then travel out afterwards as there were still certain advantages to being back in France before the end of the year, namely that the EHIC card would still be valid, and no doubt there would be other Brexit issues.*

And then just a few days before Christmas, Macron closed the border, stranding all the fish and shellfish inthe UK that was due to be on French dinner tables for Christmas. An additional complexity was that where we live had one of the lowest infection rates in the UK, but as the new variant struck so we went from Tier 2 to Tier 4.

As the border finally opened it was permissible for those with either a new Brexit Withdrawal Agreement residency card or a print-out of the email received confirming you had applied for the card (which we had) together with a much more thorough PCR Covid test (not the rapid 15min swab test) to travel to France.

That was on Christmas Eve. I had already shunted my Eurotunnel booking to the 29th December, but now I had to get a PCR test with Christmas in the way. In the end, I managed to find a clinic where they could do the test on the Monday 28th, but would have to wait for 24hrs for the result, so that was not going to happen. Again I moved the ticket to the 31st December to allow for any possible issues, but still be within the necessary 72hrs time limit.

Travel within Tier 4 is allowed if it's part of international travel, so in effect, I'd broken no rules, but for sure many will choose to not see it that way!

To say I had a sleepless night prior to my departure was an understatement, and I ended up leaving Worthing at 03:30 and getting on a 06:15 train. At French Customs all they were interested in was my Covid test certification and not at all worried if I was a resident or not.

As I drove down on New Year's Eve and picked up the A6 after Dijon so I was joined by many Parisians leaving for the holiday weekend.

I made good progress driving over the Lautaret in daylight but in light snow.

Before I arrived in Serre Chevalier, New Year's Eve, I'd heard from friends in Serre that it was busy, and you only had to look at some of the cams to see people ski touring. 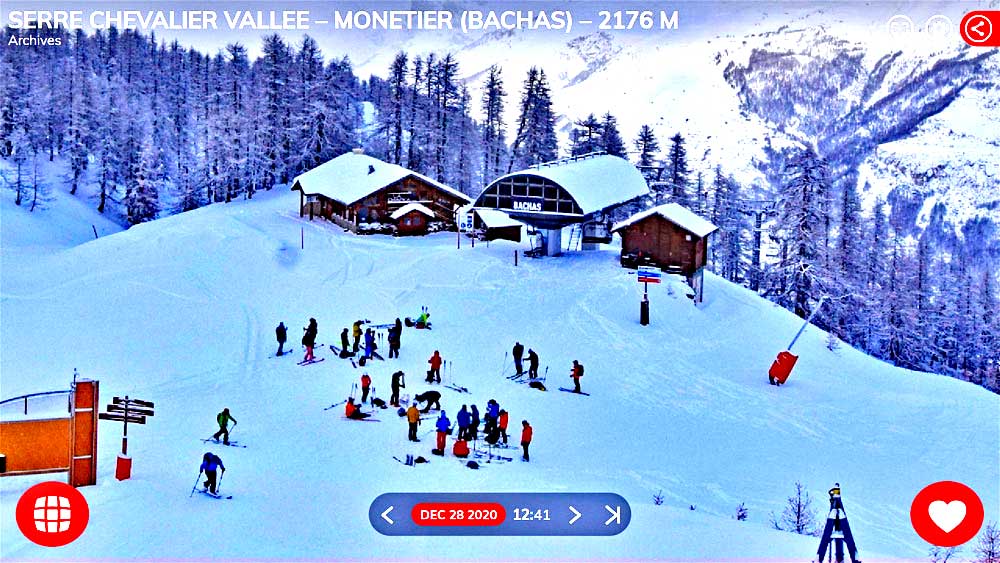 As I drove down the valley through Monetier I was amazed at the number of people walking around and queuing at shops.

I had an early New Year's Eve and was up early ski touring via the piste with hardly anyone around. But I could see how many people were in the resort simply by the volume of cars in the various parking areas and overspills in other private spots like the one below our apartment.

As I was skiing down so I started to see more and more people climbing up - snowshoes, boot packing, skins - and by the time I made it back to where I'd parked my van, the area was rammed.

I went for a pero at friends and was on my way home before the curfew (it was 20:00 and now 18:00) and it was eerily quiet. This morning I met my friends to take them cross country skiing and I've never seen so many people on the XC piste. Again, even though many were leaving as it was a Saturday transfer day, the parking was really busy.

Many more left on Sunday with some staying till Monday, making it a long weekend, but locals say that this week will be like a ghost town

* And as I suspected there indeed have been numerous reports of people trying to travel back to Spain, Italy and France after 1st January, being refused entry or having their passports wrongly stamped.